City gets $200,000 grant for cameras. City hires integrator to procure and install system. Sounds common enough except when it blows up with arrests and allegations. Who's right? The city official or the integrator?

In this note, we share our findings from reviewing the contracting documents and speaking with the integrator.

What is not in dispute is that this Pennsylvania city awarded a 50 camera surveillance system project to an integrator in 2012. From the city contracting documents, here are the main components selected / purchased: 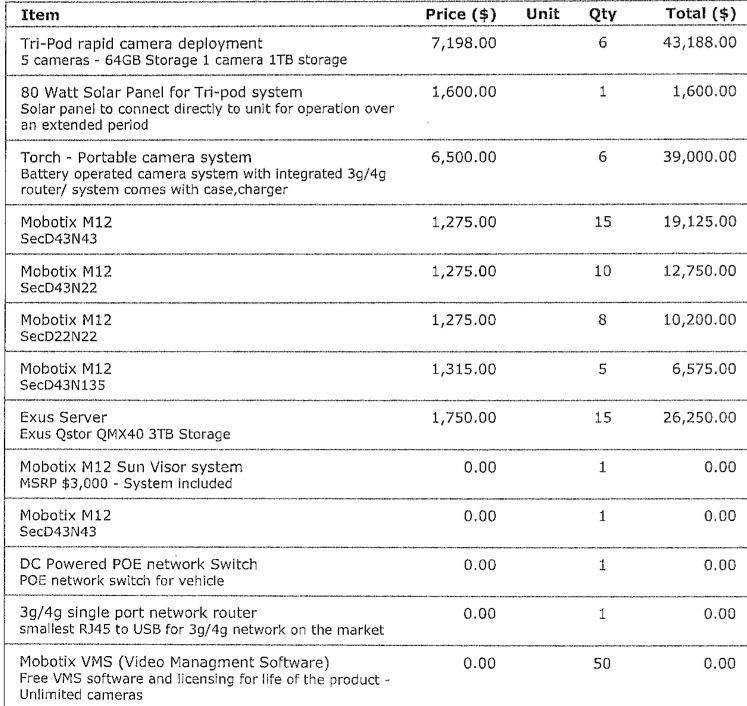 City councilman Joe Bartello [link no longer available], who originally voted against installing the cameras and has campaigned against them, has brought up concerns that the integrator, Aaron Nigro of Global Security Tactics, is somehow trying to pull something over [link no longer available] on the city. He has questioned why they gave the bid to Nigro, where the cameras are going and even questions how many cameras the city bought from Nigro. The latter question can be answered by the contracting documents. The city says it gave the project to Nigro because it was the best deal they could get.

The local newspaper also notes that Nigro was arrested earlier this year for felony theft after signing for a UPS package [link no longer available]. It is not clear what exactly happened in that incident, but Nigro says there was a mix-up with a former business partner over a contract and that questions being raised now about the system have political motivations. Bartello is currently running for mayor.

"He wants to dismantle the system, but everyone else wants to keep it," Nigro claims.

IPVM sees nothing wrong with the contract. The products selected are credible (Mobotix) and the pricing is fair (markups are fairly modest). Beyond that, the labor charges being disputed are fairly low for what one would expect for a city project. Nigro is charging $2500 per month for installation, his hotel for the three months he's been in Sunbury working on the project and to cover his gas. While surveillance professionals might dispute the choice of Mobotix over more open offerings, we find no indicators of fraud or games from the integrator.

The locations of the cameras are not included in the contract, but it seems a city councilman should be able to access those documents through the same process we can access them, using a public records request. In fact, in some places city officials can bypass the process and ask the documents be provided to them directly.

Why Do They Need All These Cameras?

The scandal here is that Sunbury, a city of 9,835, literally in the middle of nowhere, got a $200,000 U.S. Department of Justice grant for 50 high end professional cameras. At less than 10,000 people, it's more like a village than a modern city. What's even more perplexing is that the grant was provided to the city to install 200 cameras [link no longer available] total. There is no real terrorism risk and with so few people and such modest crime risks, spending so much is likely wasteful.