In this note, we examine shifts in surveillance manufacturer stock prices for the first half of 2011. The most interesting theme is the plunging prices of many Chinese technology stock prices. Here we focus in on 4 companies: 2 from the Chinese stock market (Hikvision and Infinova) and 2 from the European markets (Axis and Mobotix).

2010 was a landmark year for Chinese surveillance stocks with two monster IPOs. First in May 2010, Hikvision IPOed and then at the end of 2010, Infinova followed. Both IPOs resulted in Billion dollar valuations.

The story in 2011 is quite different. The overall theme for the Chinese technology stocks in 2011 is increasingly distrust and concern. In May 2011, punctuating that is an exposed major fraud of a Chinese software company (see the NYTimes article: "The Audacity of Chinese Frauds" for background). Following this is a new report that a Chinese fire manufacturer is suspected of fraud.

We have no evidence that any surveillance manufacturer is engaging in fraud. Minimally, though, in an environment of distrust, the risk of stocks increases. More importantly, as we argued during our initial analysis of each IPO, the comparative valuations do not make sense.

The table below provides a snapshot of each company's positioning:

Even after big drops from both Chinese market companies, their relative valuations compared to sales are more than 200% greater than the European companies. 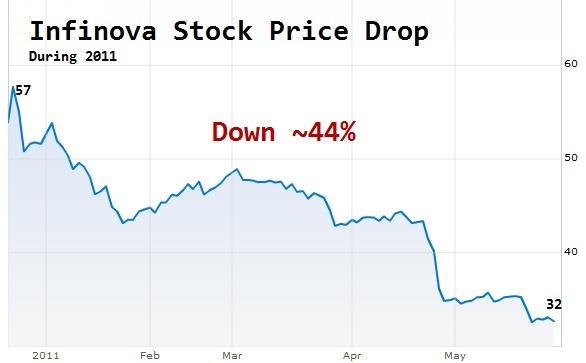 Here is Hikvision's drop, steep but moderately less than Infinova's: 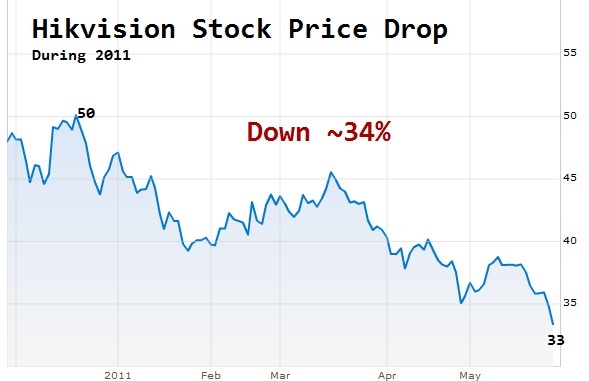 Let's compare this to two prominent European surveillance companies. While Mobotix's stock price has bounced around over the first half of the year, overall it's roughly flat: 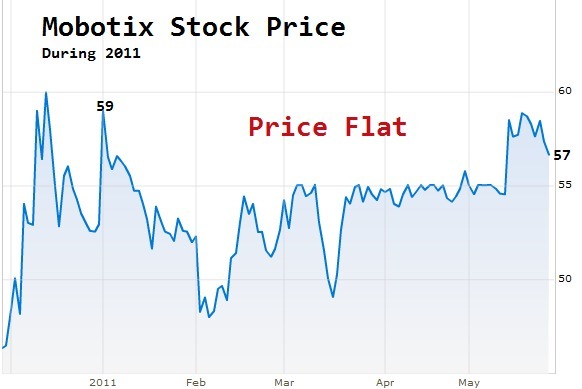 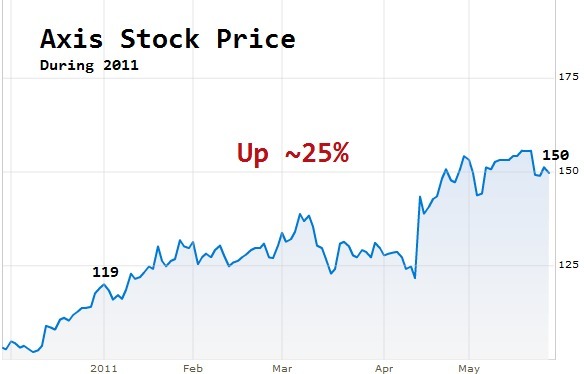 On the fundamentals, we believe the Chinese market companies have significantly more downside risk than the Europeans. The primary factor is that the comparable valuations relative to sales and growth are still too high. Secondarily, the European companies are better positioned in the higher growth segment of IP cameras. On the contrary, Hikvision's geographic base provides it a natural advantage for the historically high growth Chinese market.

Will trust in the Chinese technology market regain or are we in the first half of a bursting bubble? The next 6 months will be revealing.