Shooting cameras is the surest way to disable them, and criminals know this. Most factory housings can endure getting smacked by a ball or even small rocks, but they are no match for bullets. In areas where gunfire is a threat, bullet resistant housings are marketed as the solution for keeping cameras safe. However, is this protection enough? In this note, we examine bullet resistant housings, how they protect cameras, and compare their cost to other enclosures.

Bullet Resistant housings are frequently specified in high-crime or high-risk areas like military bases and prisons. The basic function of these housings is to preserve camera function even when stuck by bullets. Typically, 'bullet resistant' housings use ballistics rated material like Kevlar, steel, and laminated glass. The video below provides a demonstration of the toughness of these housings - despite the impact of multiple rounds, the housing is not pierced:

As demonstrated in the clip, the Mobotix V12's bullet resistance (with a MSRP of ~$4000) is plainly obvious. However, despite the impressiveness of this video, several questions remain:

In the following sections, we examine the criteria for bullet resistance, and what the rating practically means for surveillance equipment.

The standard most widely accepted for 'bullet resistance' is UL 752 - The Standard of Safety for Bullet-Resisting Equipment [link no longer available]. Interestingly, this standard does not specifically apply to just camera housings - it is a more general standard used to rate buildings, structures, enclosures, and even vehicles. The standard to broken into nine seperate 'Levels', where each subsequent level is tougher and more durable than previous levels.

Unlike 'vandal resistance' ratings that can be arbitrarily given to cameras, testing for 'bullet resistance' is very tightly defined. In order for a rating to be marketed on a product, it must be submitted to an independent test lab for verification.

The resilient operation of the camera is assumed, but not addressed, by UL 752. While the likelihood that the camera survives an attack if the housing isn't compromised is high, that particular outcome is not tested.

Not all Bullets are Equal

The key difference in ratings are the maximum calibers they are rated against. In general, handgun bullets have less energy than rifle rounds. The lesser bullet resistant ratings are rated for 'soft lead' core handgun bullets, eventually building to steel core (read: armor piercing) rifle bullets.

The number of impacts is a significant detail. The lesser ratings are rated for one or three impacts, while the highest ratings are tested for five impacts. Considering that most modern firearms allow magazine capacities of more than 7 rounds, it should be noted that a determined attack has the potential to exceed even the strongest ratings quite easily.

Bullet Resistant housings are significantly more expensive than 'non-rated' versions. Not only are ballistic rated housings built with greater quantities of more expensive materials, the manufacture and testing of those housings cost extra money. A bullet resistant housing costs 8 to 10 times what a non-rated version is priced (~$100 vs ~$1,000).

However, is the extra cost worth it? Consider first that handgun shots are difficult on small targets like cameras. As a result, shooting cameras is likely to be taken from distance using rifles. As noted above, most bullet resistant housings aren't rated for rifle calibers, so the extra protection may simply not be enough.

Also, in order to be effectively protected against bullets, the housing's mounting surface also needs to be hardened. Unfilled cinder block walls (or CMUs) - common in commercial construction - are easily pulverized by bullets. If striking the camera with rounds doesn't disable it, simply blasting it off the mounting surface has same effect. 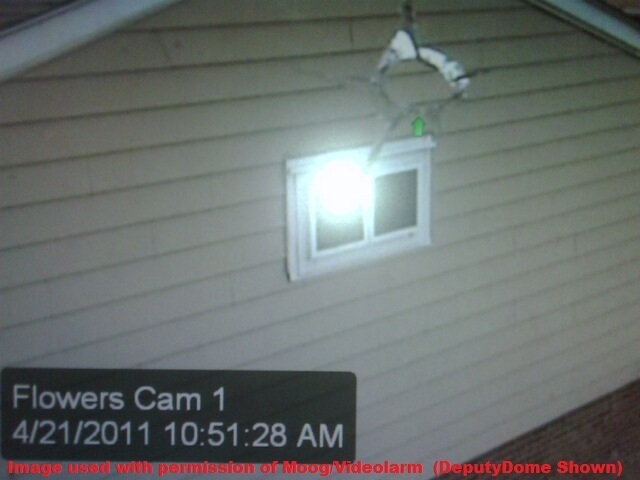 Since the housing typically needs to be replaced or significantly repaired after an attack, the value in using bullet resistant housings comes from preserving the camera's ability to continue operating during the attack. However, since the test criteria does not specifically address the vibration or shock resistance of the impact - only the penetration - there is no universal metric for assessing this.

With pricing ranging between $800 - $1500, the bullet resistant models are significantly more costly than the 'non rated' models in the same box form factor:

Given the significant expense compared with limited return on using Bullet Resistant housings, their use is best limited to applications in areas where gun violence is prevalent. However, even with the extra protections, users should expect costly replacement of housings once damaged.