Hikvision is not the only mega-Chinese video surveillance manufacturer getting global attention. Last month, the WSJ investigated Hikvision and now the BCC has run a video segment on Dahua, embedded below:

IPVM spoke with Dahua to get more details on their AI / facial recognition system. Inside, we share those details and analyze the technology and the impact of the BBC's coverage.

On the positive side for Dahua, the BBC report emphasized Dahua's technological strengths and made no attempts to question the performance nor capabilities of the system. Indeed, the staged 7-minute apprehension of the BBC reporter using Dahua's facial recognition made Dahua looked even more sophisticated.

On the negative side, the BBC wrapped criticisms of facial recognition misuse and China's authoritarian government structure around the technology demonstration, associating Dahua with 'Big Brother' behavior. Indeed, Dahua did itself no favors by emphasizing the more science fiction / scary elements of using this technology.

Key Claims In the BBC Report

The BBC report focuses on Dahua's video surveillance in Guiyang, a city in southwest China. It mixes commentary from the city, Dahua and a Chinese government critic.

One interesting and uncommon policy tactic, from Western practices, is that the facial recognition video surveillance system taps into the images of all residents of the city: 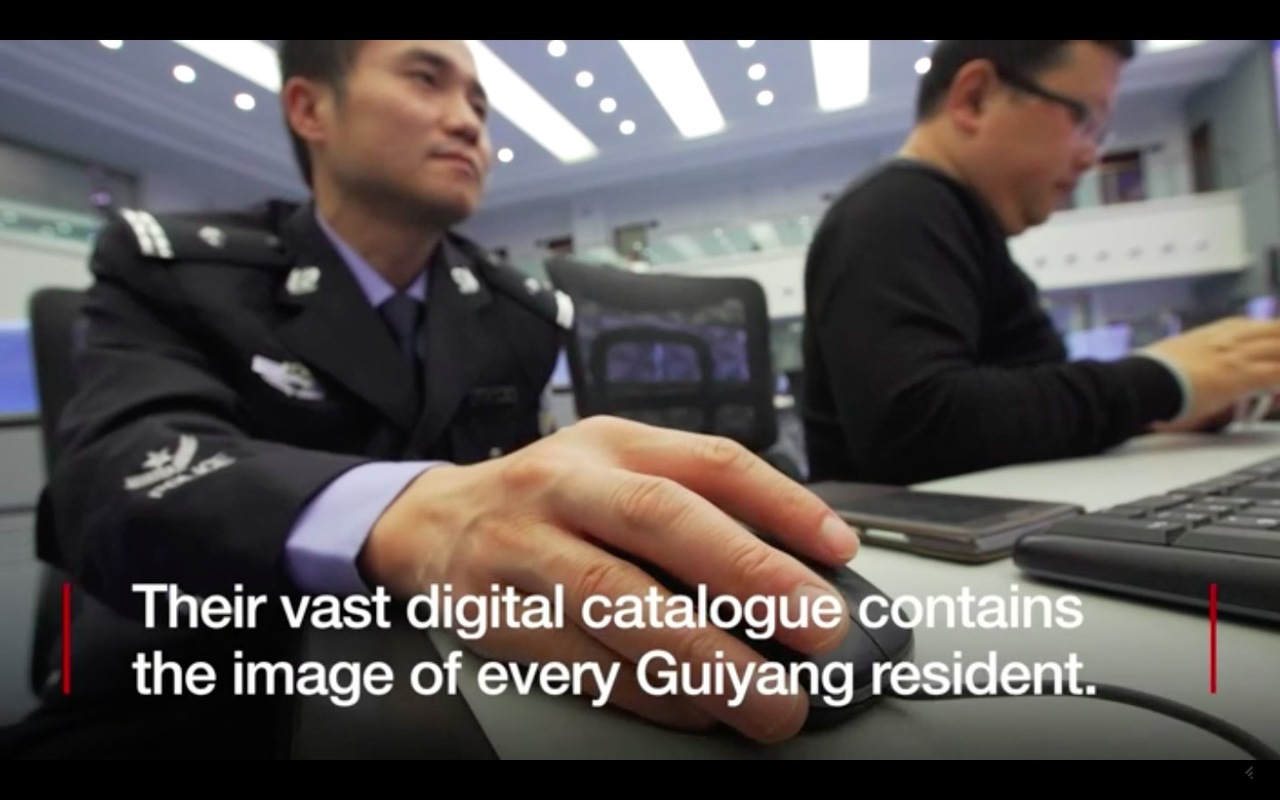 This reflects a theme of practices that are allowed in China but would be blocked by privacy regulations in the US or EU.

Early in the video, Dahua ominously sets the tone by touting how they can "trace all your movements back one week in time", and "match you with your relatives and the people you're in touch with":

While technologically, if they can actually do that accurately, that is certainly impressive, the privacy concerns of those who live in non-authoritarian countries are likely to be high. Evidently, the Dahua spokesperson did not take that into consideration.

Next, the BBC reporter has his face added to the system, he then goes to a police-guarded checkpoint and the system matches him. This creates the most cited claim of the report, that the system got him in just 7 minutes:

This is nonsense. The 7-minute claim spooked people against the system and boosted proponents. But the reality is that this is a function of a person going through a police-guarded checkpoint, which people can avoid. It would be far harder to catch them in their cars or walking down the street. This is certainly the decision/fault of the BBC, and not Dahua, for choosing to emphasize such a scenario.

On the other hand, after the second Dahua spokesperson speaks, the BBC immediately emphasizes China's authoritarian government: 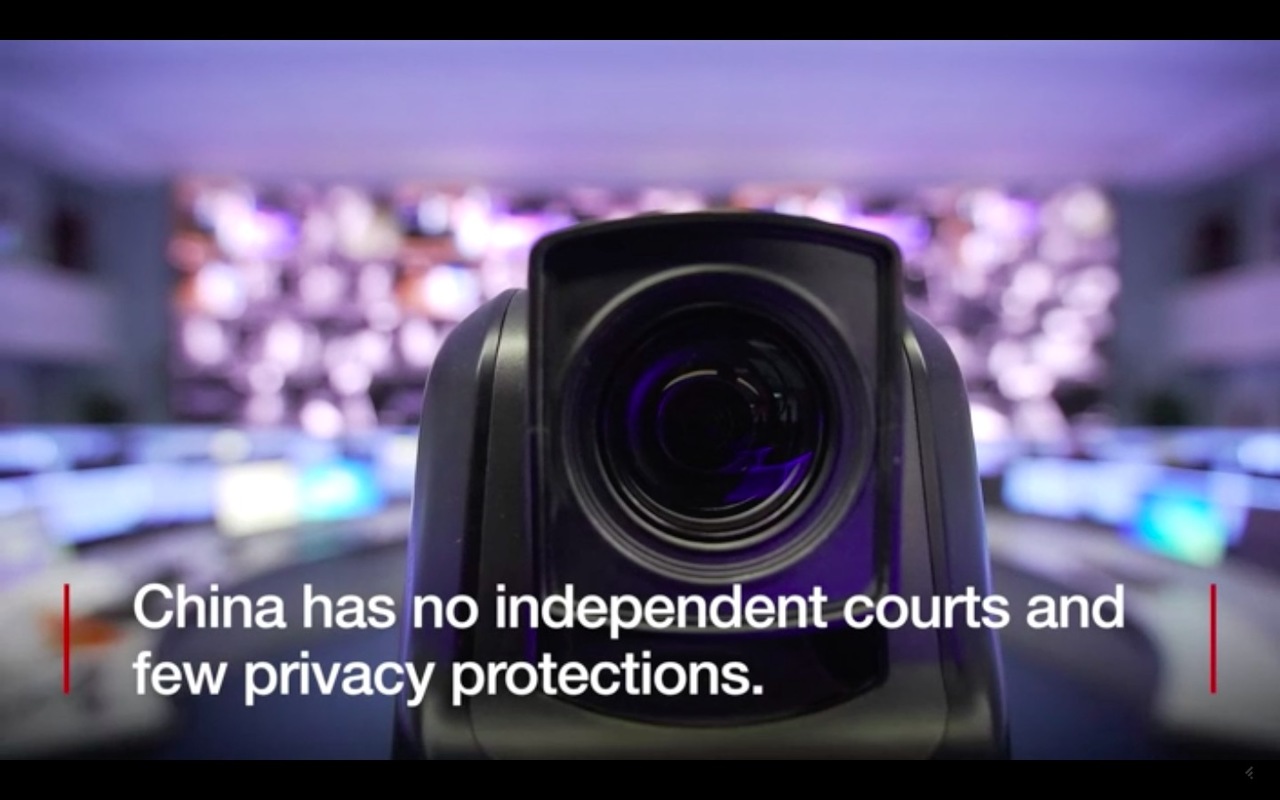 Dahua provided more details on their facial recognition offering, including:

Dahua, by ourselves, have cumulative sales order sum up to 1 million facial recognition embedded cameras in China.

While there is no separate web page for Dahua facial recognition products, Dahua cited the DH-IPC-HF8*** series, a 2MP bullet offering as having facial recognition embedded. In addition, Dahua mentioned that they have "6MP and 8MP models fixed cameras and 2MP 30x PTZ for facial recognition, but they are only available to project customers and therefore not listed on the web site."

Dahua is actively looking for pilot project customers in overseas market. We plan to launch the products in 2018. The actual launch date will depend on the progress of pilot projects.

AI technology is not capable of 100% accuracy in today’s technology. In terms of tracking the route (track of movement) of a person, missing a few sample points will not cause problem because of the continuity nature of the track of movement. In the process of a detail analysis (with human intervention), the search criteria could be relaxed to capture more sample points to fill the gaps. This is a receipe to achieve useful results given the technology constraint. As a result, all movement of a person in the past week could be traced.

The BBC video also highlighted capturing faces inside of cars, e.g., this excerpt:

Dahua elaborated on that:

The camera is mounted in front (at an angle) to capture the driver’s face through the windshield. Lighting condition inside the car and reflection by windshield are the key problems to capturing a good face shot. Appropriate lighting compensation, camera position and exposure control are required. Otherwise, the rate of capturing a useful face shot will be affected. It has been widely applied in highway toll gate in China.

Flash light, which is not allowed in many countries, is used to improve picture quality.

This is done by the backend system of the authorities. Cameras just recognize the person in the video and feed the data to their backend system.

Facial recognition has been overhyped by vendors for years in many continents so it is hard to evaluate how much of this is really a breakthrough or the BBC simply allowing itself to be fooled by putting a report through a police-guarded checkpoint on the same day his picture was taken.

On the other hand, the lack of civil liberties in China does make it easier for a facial recognition system to work as it removes constraints on images used, cameras placed, actions of people, etc. Moreover, China's far greater city camera deployments certainly helps get cameras out to recognize people. However, we still remain skeptical about any system working out in the open, especially at night and with large numbers of people, simply given the degraded image quality that is inevitable in such conditions.

It will be interesting to see how Dahua and other Chinese manufacturers try to expand this into the US or EU. It will definitely be a lot harder as both the cost involved and the privacy issues incurred will be far more challenging in the West than it is in China.

Dahua Products Are Not GDPR Compliant, No Products Can Be on May 29, 2018
Dahua products are neither GDPR-compliant nor certified, contrary to their...
Destructive Facial Recognition / Video Analytics Hype Returns on Mar 27, 2018
It is not just Hikvision's false advertising campaign. With...
Chinese Government Attacks Western Reports on Jan 03, 2018
The Chinese government is angry at the BBC and WSJ's reporting on Chinese...
WSJ Investigates China's Total Surveillance State on Dec 26, 2017
The WSJ is continuing its investigation into Chinese video surveillance....
Comments (27) : Subscribers only. Login. or Join.