Backstreet Surveillance's CEO objected to an IPVM reporter's questions, warning the reporter to "elevate this to your upper management, it [sic] important they be involved because we will pull the trigger on a lawsuit the instant you refence [sic] me or my company in any article" in a lengthy response to questions about the company's NDAA claims. 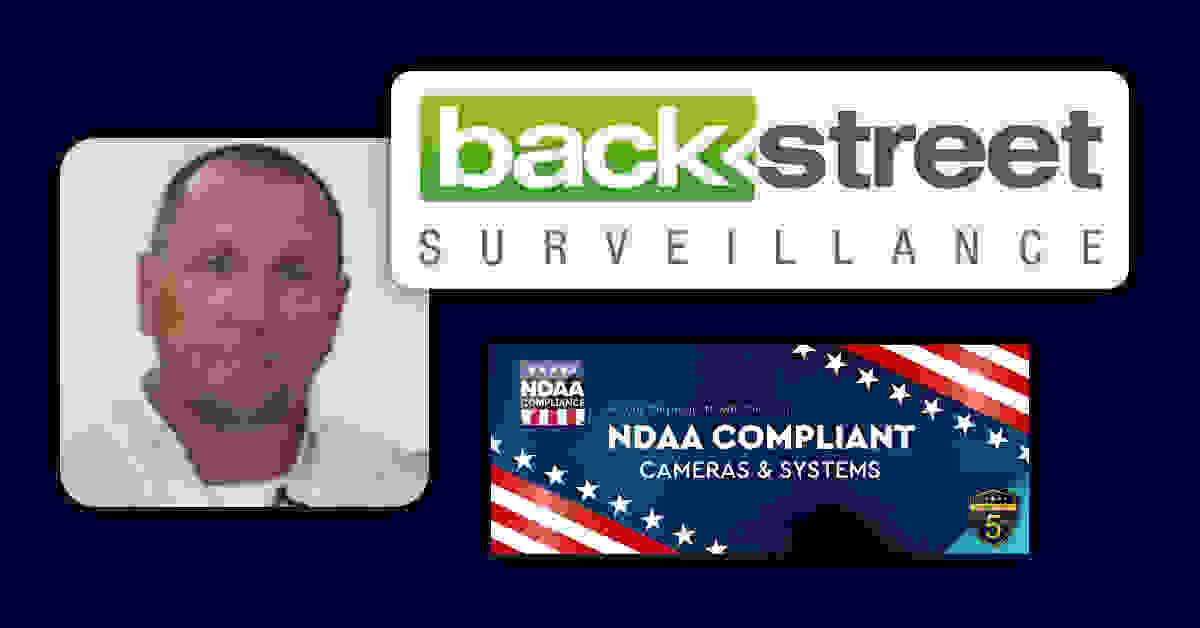 This tactic raises freedom of speech and freedom of the press concerns. In this note, we share our correspondence with Backstreet, responses from Backstreet CEO Scott McQuarrie, feedback from other companies questioned (Clare Controls and Verkada) plus our concerns.

IPVM Sends Request for Comment on "NDAA Certified" and Logo Use

On Friday, December 3, at noon ET, IPVM sent an email to Backstreet Surveillance asking for comment on "NDAA Certified" and "the approved [NDAA] logo" claims the company made, asking them to respond 3+ days later, the following Monday at 5 pm ET, as the email copied below shows. 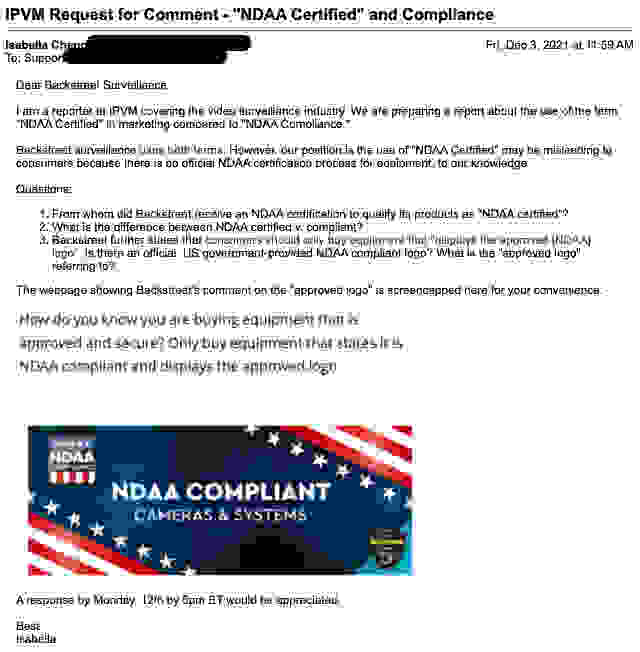 Scott McQuarrie, Backstreet's CEO, responded to IPVM on the same day, saying that the company itself issues a certificate to government agencies but did not address Backstreet's assertion to "only buy equipment that ... displays the approved logo". The email is copied in full below: 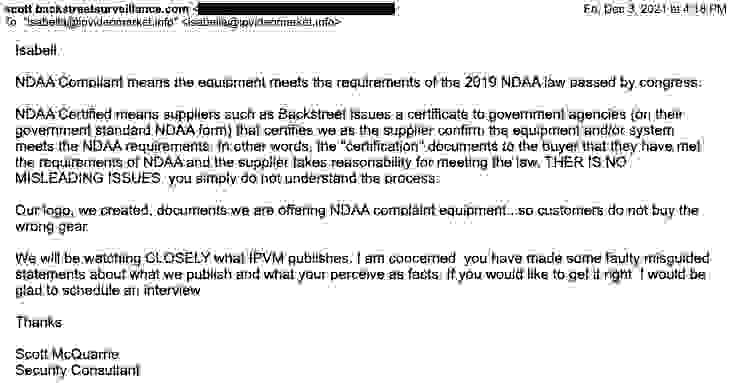 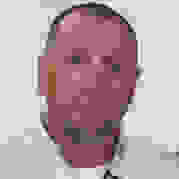 Two days later, McQuarrie emailed IPVM again, emphasizing his companies have sold over $130 million online and that their website receives around 2500 visitors a day, before adding they "will pull the trigger on a lawsuit the instant you refence [sic] me or my company in any article" and complaining about IPVM's "rooky [sic] reporter who does not educate herself on basic facts". The complete email is copied below: 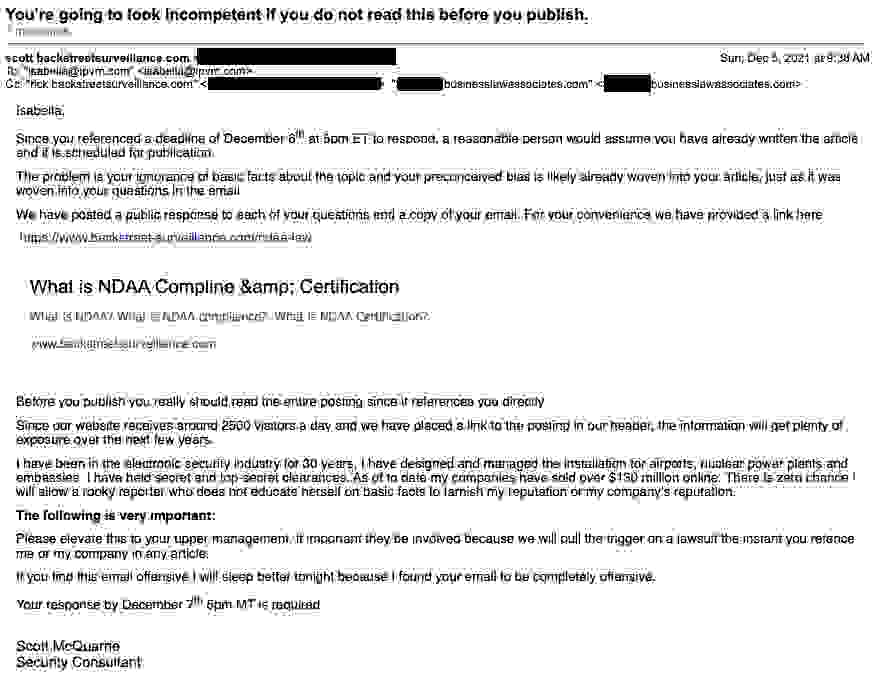 In the second email, McQuarrie stated that he had "posted a public response to each of your questions and a copy of your email" to the Backstreet Surveillance website [archived 12/6]. A portion of the page is copied below: 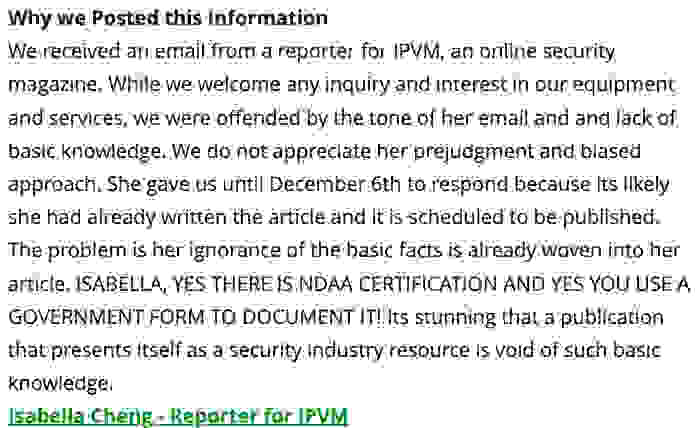 Despite giving Backstreet more than 3 days to respond, Backstreet's complained:

She gave us until December 6th to respond because its likely she had already written the article and it is scheduled to be published.

On the contrary, we had not even started writing the article with the entire point of giving each company (2 others were asked similar questions) 3+ days to see what information they had and how we could incorporate it into our reporting.

Another video surveillance supplier, Clare Controls, responded "The use of the word certified is an error. Our policy is to state compliance. This will be corrected immediately."

Backstreet's position, now elaborated, is that they "provide written certification that the equipment does in fact meet NDAA requirements" and that the approved NDAA logo they mentioned was actually "an error made by an entry level programmer".

"Trigger on a Lawsuit"

We welcome input into our reporting, as we demonstrated by giving Backstreet, Clare, and Verkada 3+ days to respond.

However, we will not be intimidated into not reporting on companies that declare "we will pull the trigger on a lawsuit the instant you refence [sic] me or my company in any article." Defending freedom of speech and freedom of the press is critical to a well-functioning society and an informed public.

Hang on, after looking at what you posted, we are quite comfortable. It clearly shows the bias of your reporter and our concerns. If you would please provide more SEO links to our site so we get as much benefit from the article as possible it would be apricated.

Sorry for the typos in the last email, I'm in a hurry with important things. FYI we have linked to the article on our site as well.

I believe the issue is settled.

TechDirt writes an article on this issue: Surveillance Company CEO Threatens To Sue Reporter For Writing About His Company

Backstreet's CEO replied saying "I was surprised by the implication of misrepresentation and instead of responding professionally I took it personally and responded poorly. A genuine apology is offered." His entire email is copied, at length, below in the comments.