Putting cameras in changing rooms is a recipe for disaster. You know, creppy old guys spying on half dressed women.

Axis is undeterred [link no longer available], though, and believes that a new app that will change the, well, changing room game.

So, today everyone with a smart phone can take a pic, and share it to whomever they like, privately or on social media sites. They can also apply simple filters to the pics (Instagram, etc).

This option requires them to scan QR codes, link to cameras, and wonder where the images are going?

I didn't think Axis could come up with a cloud play that had less traction than AHVS, but it seems like they have. Well, to be fair, it sounds like they partnered up on this strange idea.

It seems like poison for a retailer to have the mere hint of a camera, surveillance or otherwise, near dressing rooms.

It will depend on the retailer Brian. You know from your previous life that some retailers cater to the preteen market. Junior high girls, who typically don't buy gum let alone clothes without a friend's approval, are going to eat this up. Having said that, still an extremely limited market.

This is just plain creepy. I actually physically shivered in my chair at the thought of this. 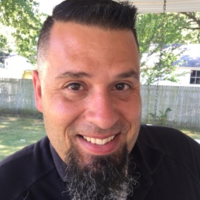 Bullet point #4 will be the downfall of this application. People will continue to take selfies if they want to show their outfits to other people.

One thing to remember tho is the 'tweens of this generation,who are the next demographic wave of retail consumers, have far reduced expecations when it comes to privacy and are much more wiling to trade their security for convenience. 20 years from now our prudishnesswill be mocked.

Even so I agree Axis is way jumping the gun on this one and will be fortunate if this one doesn't get off the ground.

Instead of this liability laden, multi-company, technobomb how about simply installing user adjustable track lighting, a standard vignette backdrop and an articulated smartphone holder?

There are department stores here in Toledo, OH USA that have cameras inside the dressing rooms already. They have a warning sign outside the rooms that says you are being watched by same sex security guards.

Is that policy supposed to lessen the awkwardness of some stranger leering at you?

I like where your're going with that.. So you have the guards snap the pics realtime one goes to the shopp(lifter)er's dropbox and one to Interpol, right? ;)

Premium fees apply to review your whole fashion show experience in the privacy of your own home.

Microsoft's CSO applauds you! Now we just need to integrate this with Xbox or Surface....

Not to open a political topic, but in this era, what is the point of same sex security guards? Presumably, the implication is that such guards are not sexually interested in the people they are monitoring / searching but that presumes all guards are heterosexual, no?

John, I agree. It's not like an employee declares his or her sexual orientation on a form or piece of corporate documentation, but this certainly implies that employees are heterosexual techs reviewing same-sex footage. 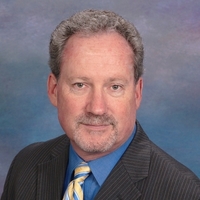 Those signs are required for personal observation by a same sex investigator if they have a reason to believe you may be a shoplifter. It does not mean they have installed cameras in the fitting room which they would be very foolish to do.

So one-way mirrors, pinholes, ir-glasses thru trick curtains, shadow analytics, all of the above?

The signs said they were recording with video and would only be monitored or viewed by a same sex tech.

The other comments here have been interested, and very "Security" focuses (no big surprise).

Rather than try to have someone use their smartphone to duplicate a native function through a series of cumbersome steps, it would make more sense to try and create functionality that the user DIDN'T have on their phone.

It would be neat to create an app where garments have a QR code. The customer snaps a photo of the QR code, which the system uses to lookup info about the garment. User tries on the garment and stands in front of the camera to see a "digital" mirror of themselves on a large display in the room. The app recognizes what the user is wearing (for example, a pair of pants) and uses information like key colors to identify where in the frame the garmet is specifically. Then the user can use the app/in-room touchscreen to see how the garment would look in different colors and/or with different accessories. They can still add the social-media sharing aspect of it, but the main driver would be more about the ability to see different outfits and colors in real-time.

This of course is much more difficult than a simple snapshot sharing service, but it would also (IMO) be a much bigger draw, and rather than turn customers off of the retailer for privacy concerns would instead draw customers in.

Btw, Axis is now marketing this as part of a big European show - here's their pitch for the changing room app, which they call a 'social media application'