The security industry is not showing much love to the City of Brotherly Love. A small show floor hosted clearly lighter traffic than recent past events with many exhibitors gossiping or checking their phones, despite quite a number of products with good potential to improve the security market.

Here's the show floor Monday, ~15 minutes after opening and fairly representative of the day: 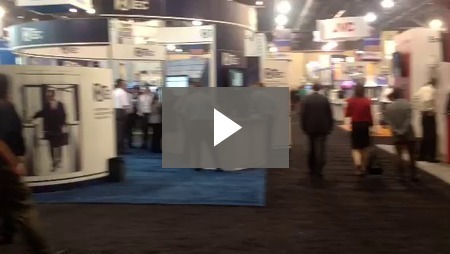 Especially after the robust traffic at ISC West 2012, this was quite surprising and, needless to say, disappointing to exhibitors.

This feels like the smallest ASIS (or ISC West) show floor in the past decade. While the floor has ~42 rows (similar to the past few years), each row is fairly short, notably shorter than other shows. 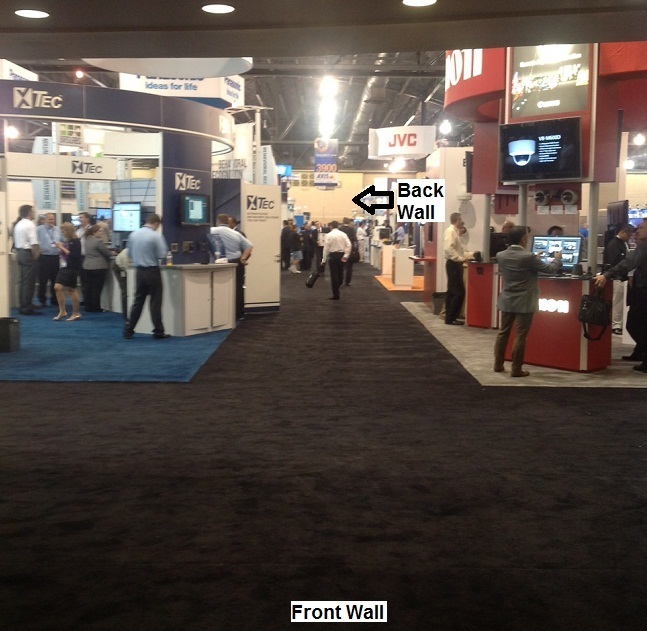 One can fairly easily see and walk the floor, which is good for attendee's feet but not as a signal for the industry.

While almost all the big brands are attending in their regular size booths, surprisingly few smaller vendors are here. Where past shows had hundreds of 10 x 10 booths, this show seems to be significantly less. From speaking with exhibitors, the high cost of attending (including fees for setup) might have contributed. Also, this might reflect the state of the economy as fringe or small companies cannot justify the expense.

How to Pack the Booths

The copter booth was 'flea market full' as one attendee remarked: 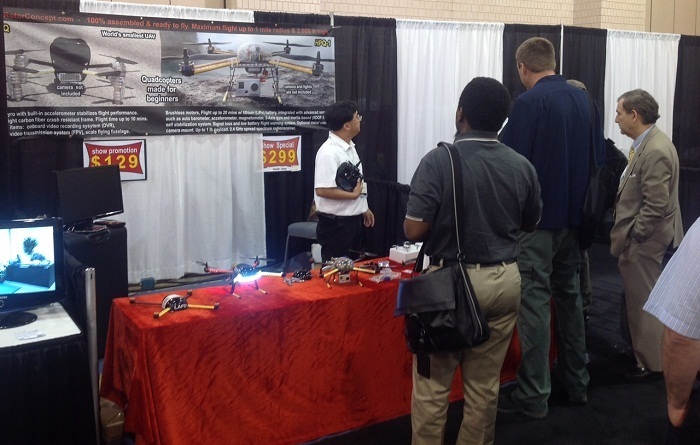 Also, later in day when the drinks where brought out, the booze booths were packed: 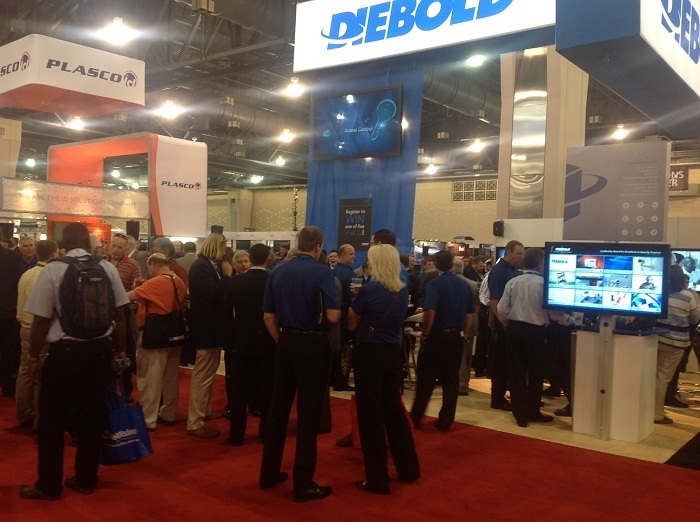 If attendance continues like this, there will be a lot of drinking Tuesday night and perhaps a record hungover manufacturers. However, we expect Tuesday to be much stronger than Monday as more commuters and those avoiding traveling on the weekend come in.

The biggest positive we see is a variety of fairly innovative, though niche new products. Not since megapixel swept the industry in 2009-2010 have we seen such a significant number of high potential products. However, unlike megapixel this will not shift the entire industry but it could improve many applications. Review our new products directory.

Microsoft is at the show, showing off its PSIM. This is the first time we can recall them marketing a product directly at the physical security industry: 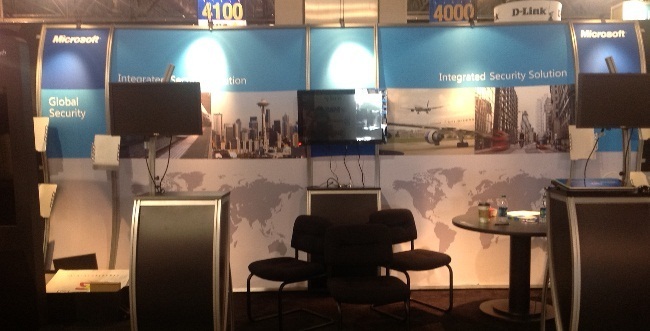 This has been getting significant attention recently because of the NYC announcement.

ADT appears to be throwing money behind Proximex as it has the biggest booth it probably ever had: 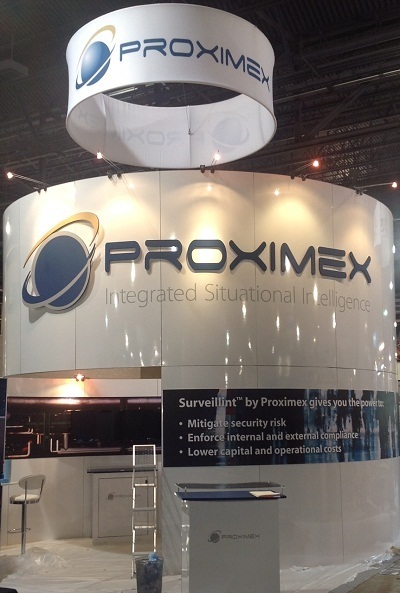 Most physical security managers probably either don't care about Cisco (or fear them) but nonetheless the IT giant is here with a big booth and another go at the market. 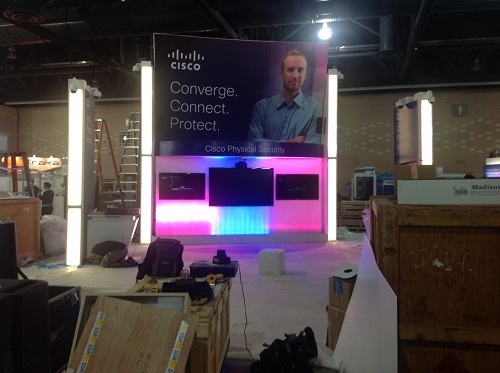 Arecont is showing a small form factor, awkwardly named MegaBall that looks like a circular cube camera. Its aesthetics improves when mounted in a minidome shell.

The front-runner for most irresponsible claims at the show is Iomniscient who is marketing "Face Recognition in a Crowd". 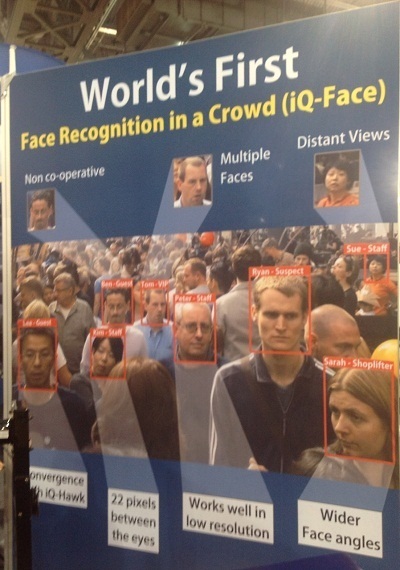 The claim about "22 pixels between the eyes" is shocking. We've never seen any vendor claim less than 35 pixels and that is pushing it. Dropping to 22 pixels and maintaining any level of accuracy is nearly unbelievable.

Reebok has a booth. I am not sure what to say but I thought you'd find it interesting or at least strange: 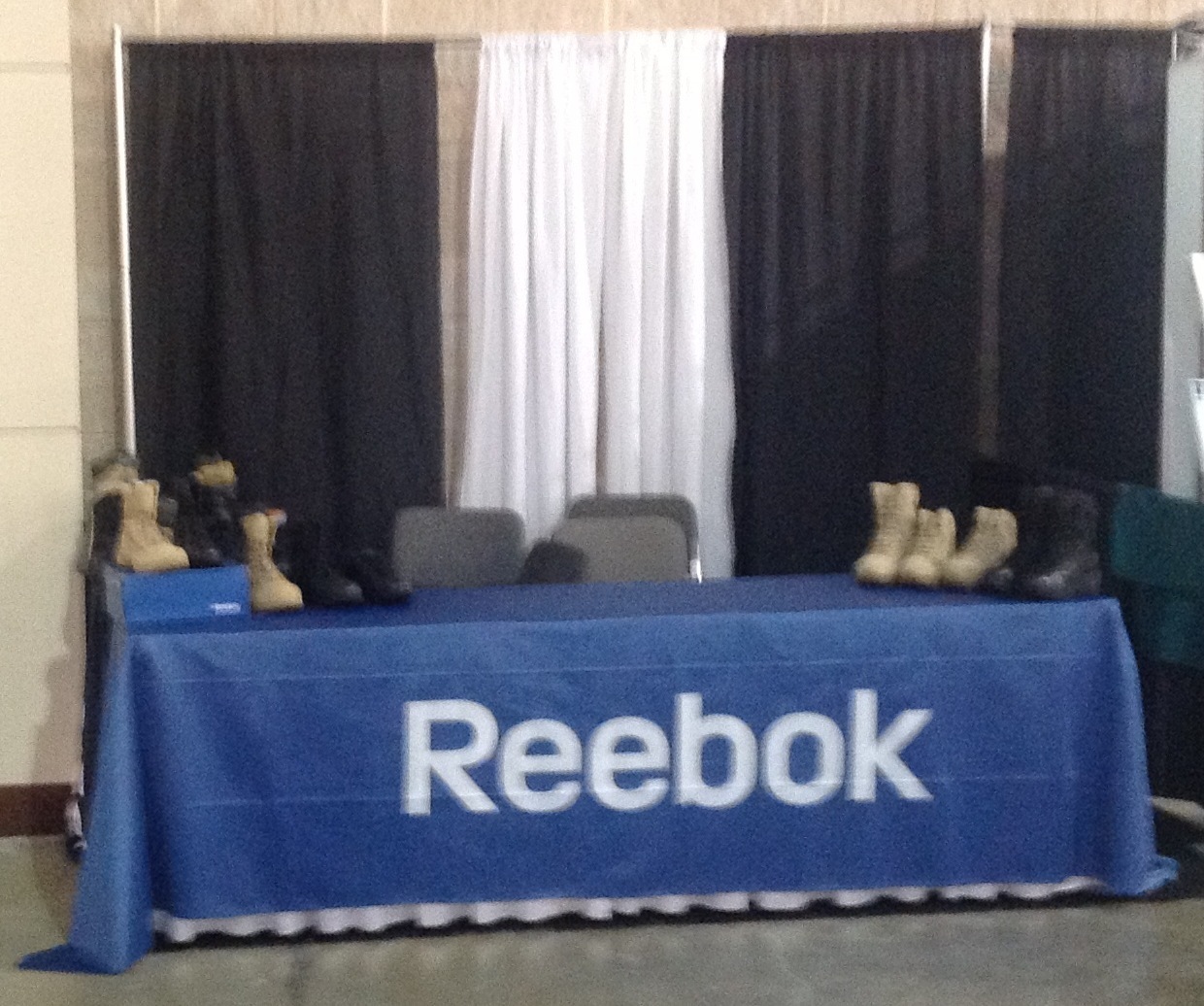 March is clearly maintaining its branding in the US with merely a small added tag listing it as ‘An Infinova Company'. 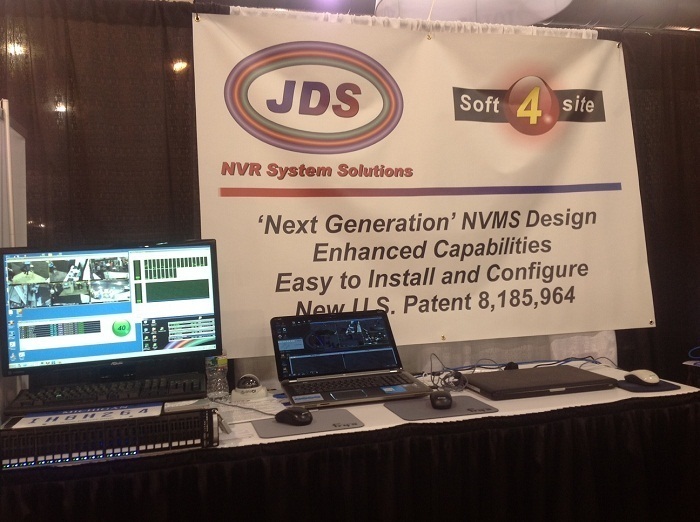 We've never seen patent numbers advertised in a booth before. How strange.

But could they become the OV of VMS? See their patent on VMS in general.

The company behind one of the most interesting new offerings, low voltage, LED add-on perimeter lighting is showing a series of interesting lighting form factors:

At ISC West, Tyco's RMR junkies and IP warriors terrorized playgrounds, caused laughter and confusion among attendees. This time, Tyco has gone for the more conventional tagline ‘We're All In' that appears to emphasize their broad product portfolio. 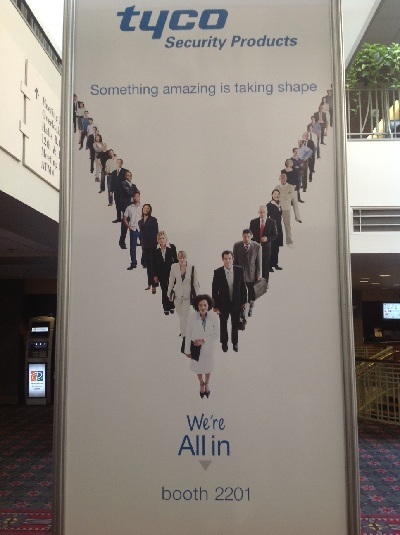 Unfortunately, a dozen mediocre product lines do not equal a few really exceptional ones.