Continuing our analysis of real-world surveillance video, in this update, we look at video released [link no longer available] after a the attempted robbery of an armored truck driver as he serviced an ATM. Very little footage of the robber was shown (presumably because it wasn't captured), and even less was usable. We explain why and how to prevent this in your deployments.

The main issue with this surveillance footage is camera positioning, some of which may be remedied.

First and foremost is the positioning and aiming of the first camera in the video. This camera is aimed with a severe downtilt, capturing everything but the suspect's face as he passes. We're even curious what the intended purpose of this camera is. It's too low and tightly zoomed to capture general activity of the parking spaces. It's likely too sharp of an angle to capture identification of people walking buy on the brick path seen in the video, seen here. This camera's downtilt is probably between 50-60 degrees, while a maximum of 30 degrees is generally recommended. 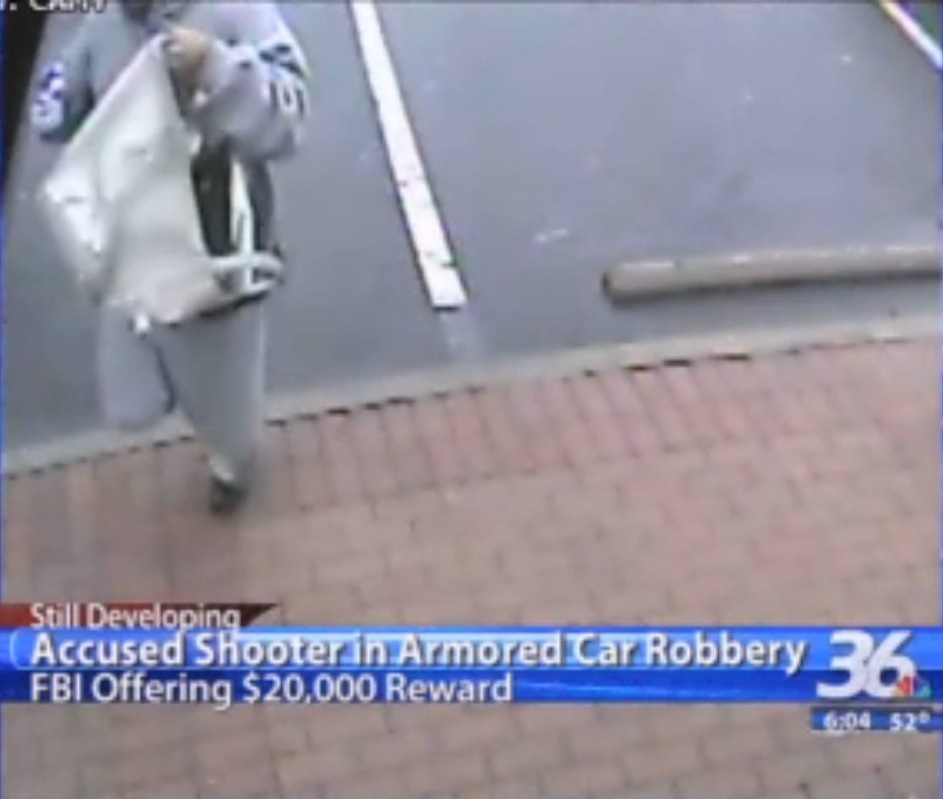 Whether this angle is intentional or not is another question. The camera may have been aimed higher and drifted over time. Regular maintenance could have prevented this issue if that were the case. 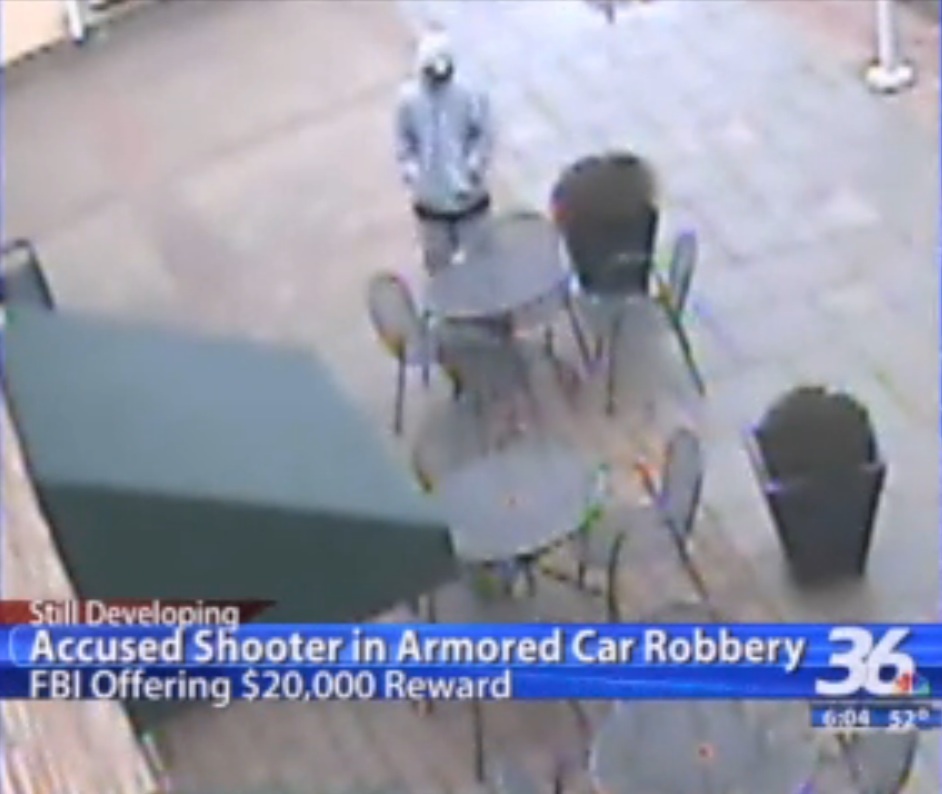 Based on this image, we estimate that this camera is providing about 48 pixels per foot. The video shows about 28 pixels across the subject's head, with the average human head being 6-8" wide (28 pixels/7" = 4 pixels per inch = 48 PPF). This resolution is on the low side for identification, though as we found in our PPF testing, at ~50 PPF, identification of a known subject is possible, making it possible that a member of the public who knew the suspect could identify him from this video.

This video is a perfect example of the camera location dilemma. Mounting cameras closer to eye level would absolutely provide better details in cases such as this, as the camera's view is less likely to be blocked by the subject's hat or hoodie. However, this places the camera within reach of vandals, and greatly reduces its ability to provide an overview of a scene, as nearer objects obscure farther ones, an issue made worse in busy public spaces.

Identification of this subject aside, we have trouble seeing the value of the first camera in this video even for everyday use by this business. However, we do not believe that camera #2 is necessarily a poor choice. It's likely that this camera was installed for the purpose it serves based on its FOV: not identification, but general monitoring of the outdoor seating area, which it accomplishes. Chances are this camera is used in conjunction with interior cameras with smaller FOVs at this business, to provide a better overall situational awareness of subjects' routes into and out of the building. While it's easy to say the camera is not sufficient, it should be understood that the level of identification sought in this case was likely not what it was designed for.