Earlier this month, surveillance video captured an amazing series of events [link no longer available] where a car crashed through the front of store spearing the store's manager. Then the driver stole a car and crashed it into a truck. All of this was captured on surveillance.

However, how valuable was the surveillance? and how necessary were the various cameras on the site? Could they have been replaced with fewer cameras? Inside this note, we examine each of these questions by breaking down the surveillance video.

To start, you can watch the full video or see the key frames we pulled from the video below:

Here's the beginning of the event where an outdoor camera aimed perpendicular to the entrance catches a women running into the store to evade a car: 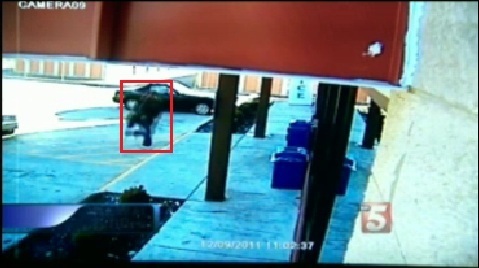 As the woman runs inside, we switch to the front door surveillance camera that captures the car crashing through and the manager getting speared by the vehicle: 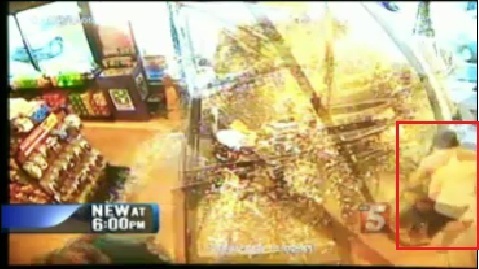 Here's an alternative angle captured by an overview camera behind the cash register showing the car crashing through. 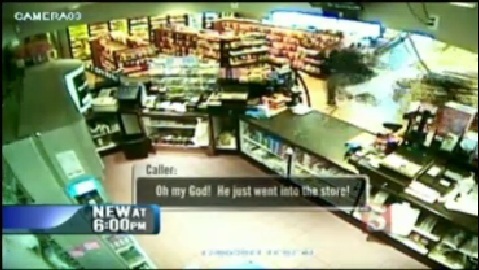 A different view is captured by a 4th camera on the left side of the store showing a person runnning away as the car crashes. 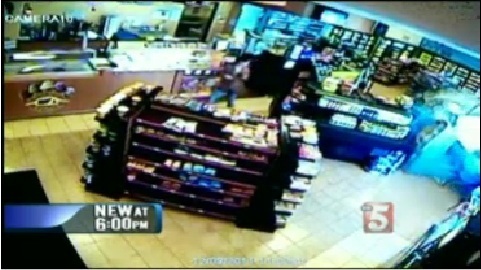 A 5th camera on the opposing left side provides an alternate view of the crash: 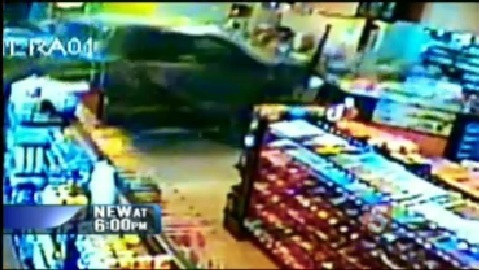 Now, we pick up the footage outside where a 6th camera picks up the original driver stealing a car outside and driving away. 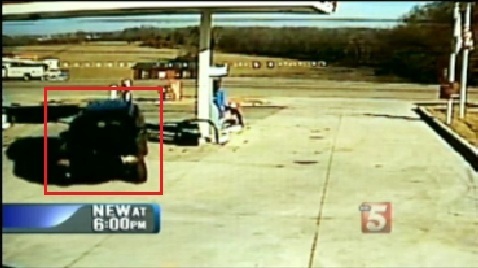 Finally, moments later, that 6th camera catches the stolen vehicle in a head on collission with a delivery truck. 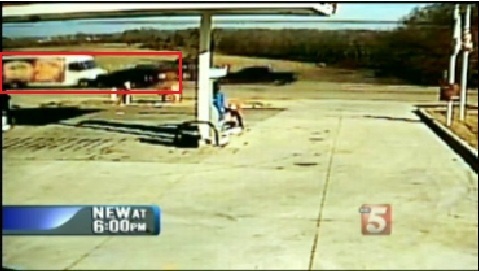 Undoudtedly, the footage is amazing, telling a compelling story of what happened. However, questions still remain:

1) Was this surveillance video even necessary for prosecution? After all, there were many eye witnesses and the suspect was caught on site anyway.

2) Were all these cameras needed? Couldn't they have been replaced by 2 higher resolution, wider angle cameras - one outdoor and one indoor? Less cameras might make for a cheaper, simpler installation however with less cameras obstructed views could miss key details.

Ultimately, a convenience store surveillance system is designed to defend against more mundane threats - disputes, petty thefts, internal loss, etc. As such, it is a tough call to evaluate the system based on an amazing but extremely rare type of incident.