A security systems distributor branch is an odd target for burglary but that happened this week at ADI's Memphis location. 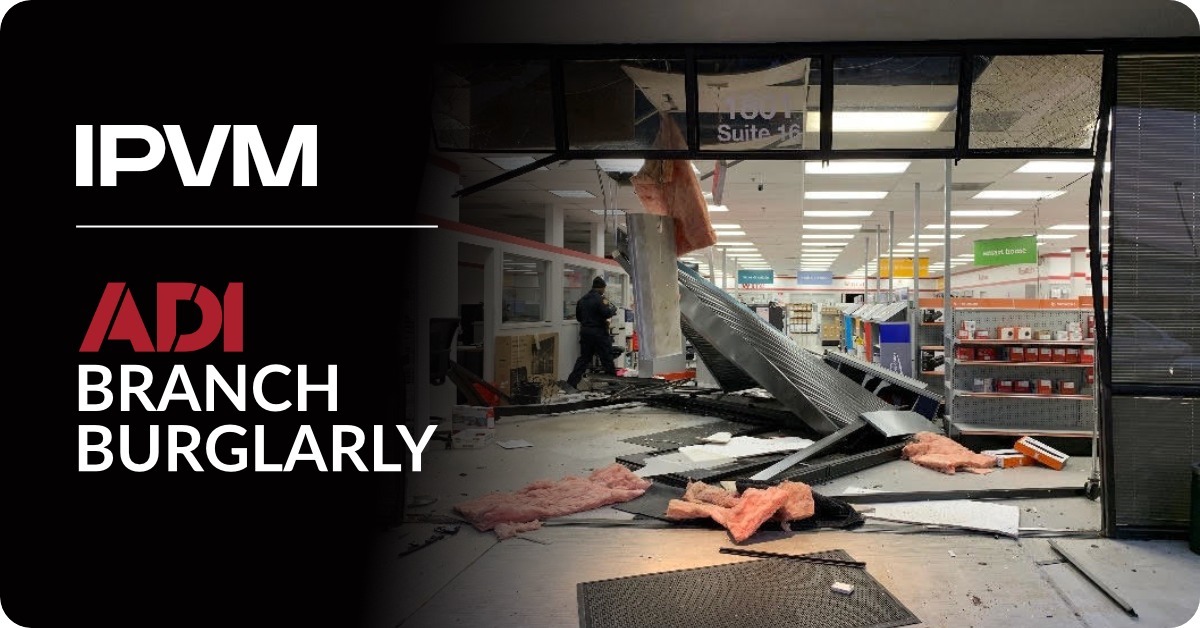 ADI responded to IPVM confirming its branch in Memphis, Tennessee was burglarized:

ADI experienced a random act of vandalism and theft when a vehicle drove through the front door of our Memphis branch location. There is currently an active investigation in progress and we cannot comment any further. Our main concern always remains on the safety of our employees and customers, and we are thankful no one was injured.

The thieves drove a vehicle through the front entrance of the branch in order to steal items on the showroom floor, as shown below: 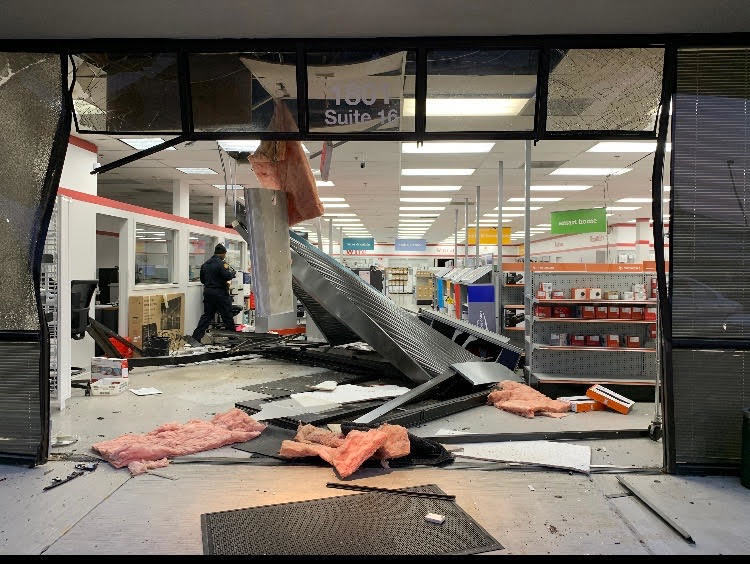 Prior photos show the front entrance to this branch was like many retail stores, featuring a wide, double sliding glass storefront: 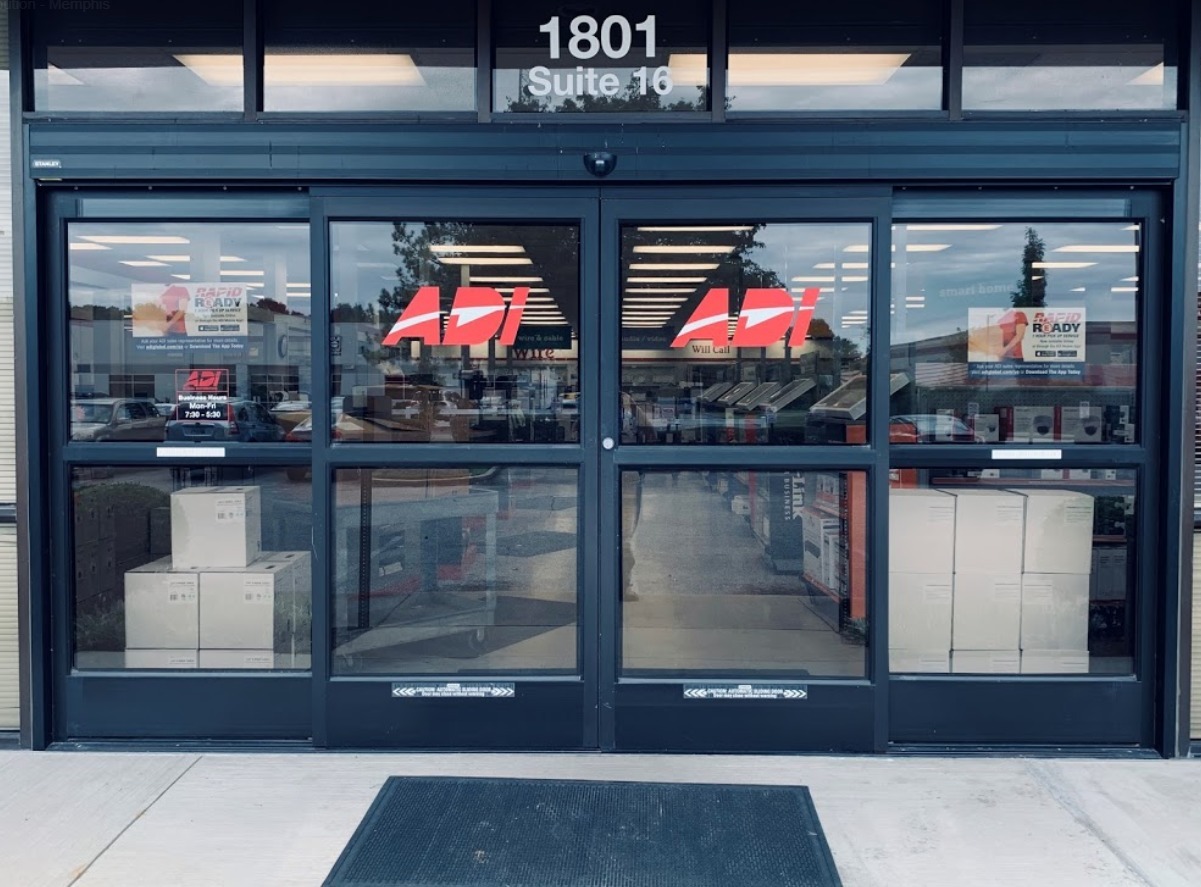 We spoke to store reps who told us the thieves stole DVRs, but another person said wire was taken.

In either case, the value of the materials is not high, and the damage to the building and to the smashed vehicle is likely greater.

However, the brazenness of the robbery shows that even scrap prices are sufficient enough to be a target for thieves. Especially given the weight of a 500' box of wire is ~10 pounds with packaging and insulation, and at current rates would pay about $3.50 - 4.00 in scrap metal value to a thief.

The resell price for stolen DVRs is hard to estimate, but we are skeptical they would yield close to legitimate retail prices.

We have requested the Memphis Police Report and will update here when received.

This ADI Would Benefit From CPTED

Ironically, the Memphis ADI branch could benefit from the services of its own security-industry customers.

A common design philosophy familiar to many in the physical security industry is 'Crime Prevention Through Environmental Design', typically called 'CPTED'.

This approach fundamentally calls for terrain features that improve the natural access control of buildings. Especially where the risk of vehicles smashing into entrances is high (like the Memphis ADI branch), embedded or bolted steel pipes into the ground, called bollards, are often recommended to harden areas against vehicle attacks.

Bollards in front of doors are commonly used to make a physical, vehicle smash resistant barrier but increase standoff distance to the actual pedestrian doors: 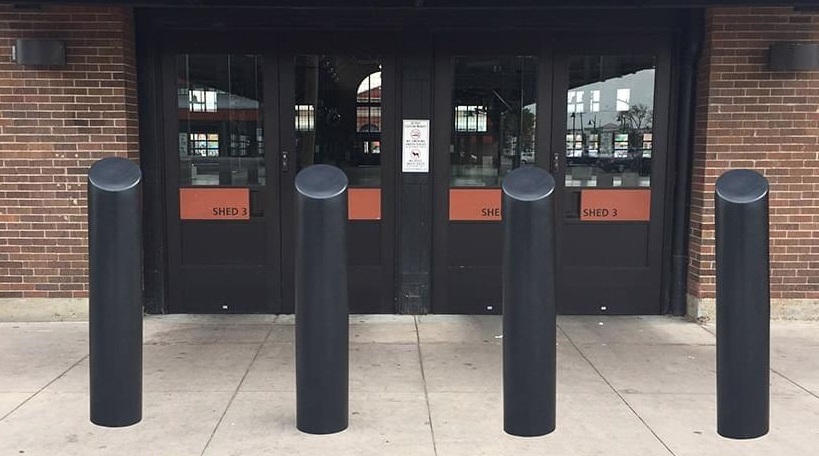 On the other hand, crashing through an ADI branch entrance is an atypical, if not unique, occurrence.

With Coronavirus, many believe crime will spike, especially given that many Police Departments themselves are facing substantial shortages of uniformed officers themselves infected with the virus, the vacuum is giving criminals an opportunity to strike.

As noted in our Police Dispatch Being Suspended In Many Areas Across The US This Week And Beyond Across The US discussion, many departments are not responding as normal to calls, as this example from Cincinnati:

The result of Police stretched thin has caused several to think the demand for security will increase in the near term. One industry veteran opined:

Crime is definitely going to skyrocket, but will that translate into a boondoggle for security dealers? I certainly think so.

I said more crime in the poll but that is if this crisis continues for any length of time. The longer this goes the more people getting sick could impact the distribution system in place. The longer this goes the more stir crazy people will get. With that said I see commercial crime rising but not necessarily residential as more people are home right now. From my daily walk around the neighborhood people seem to be more interactive with each other meaning people are most likely more vigilant.

This is a good time to utilize neighborhood watch. I bought a bunch of cheap Baofeng Radios for FRS comms and Outdoor WiFi Access points. My plan is to create a neighborhood Intranet to assist in looking out and after one another.

Do you think that they will work? China can’t even make medical masks or test kits that work:

but is it really? 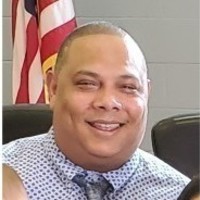 One service I will offer is an RTSP stream of FTA Satellite in the event of Internet outage, will be tuned to a foreign news channel

vice I will offer is an RTSP stream of FTA Satellite in the event of Internet outage, will be tuned to a foreign n

Curious to hear more details about your application!

They had a branch in California with a vehicle driving through a roll up door last year. My Fathers alarm company was broken into many years ago. It made the local newspaper.

Wholesale distribution break-ins have happened for years. Aside from the CPTED suggestions which would aid the vehicle initiated ones, many of these locations are located in low public traffic business parks. This emboldens criminals over retail type areas plus the ability to case a distributor showroom that usually has TVs, speakers and other easily fenced items makes these branches attractive.

I recall one distributor in Dallas years ago that was broken into 3 times over a 2 week window. The perps were even captured admiring the live CCTV display on the first break-in, yet kept coming back!

More crime because criminals are being released from jail to "lessen the spread of COVID-19." (WTH!)

Prior photos show the front entrance to this branch was like many retail stores, featuring a wide, double sliding glass storefront

This makes for a more inviting shopping experience for us end-users. :)

In all seriousness, I wonder if ADI using leased spaces makes it harder to implement protective measures like bollards.

What's the rough cost for bollards? 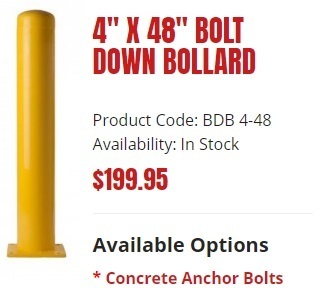 I'd estimate the cost of replacing a smashed glass slider storefront and the stolen stock value to be way higher than sinking two or four bollards in front of the entrance. Maybe ADI has great insurance for this sort of crime?

These above ground bollards are suitable for definition of space, but not against vehicle intrusion.

they're the dummy cams of physical security...

Agreed, in order to stop a 2 ton pick up truck you would need heavier duty bollards. Maybe something like the below:

That's an interesting alternative to bollards. Here's an example of security planters: 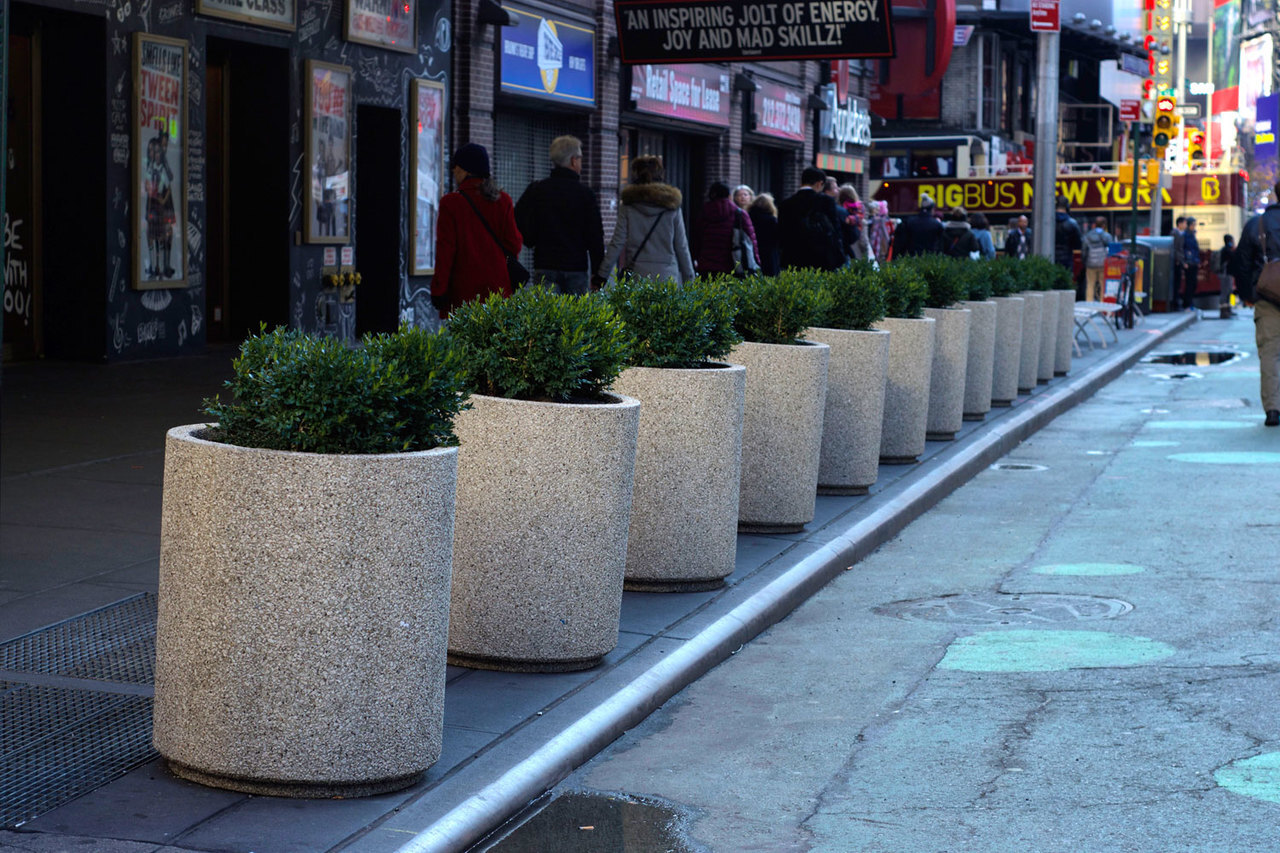 One potential issue with using them is that they do require regular upkeep compared to bollards which are minimal.

Plants must be watered and trimmed, etc, but someone must be actively tasked with keeping them free of cigarette butts, wads of gum, empty big gulp cups and so on.

Agreed, but may be more attractive for a landlord to accept instead of bollards.

Interesting choice of vehicles Terrence... That '75 Pinto ramming anything in reverse is more lethal than a 2 ton truck! 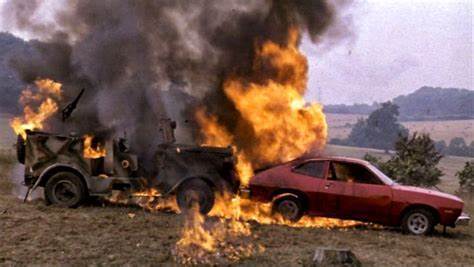 I have a job for you installing bollards. Bad pay, long hours and a funny hat are the perks.

i hope the thief at least left his tax exempt#.

I wonder if they have the serial #s of the devices that were stolen? See if they come online in a few weeks?

For the Bollards, when you have that many stores, does it make sense to pay that for every store? Just take the loss and move on.

We have apartment communities that loose 20-30K a year in stolen ACs. But with 15+ communities, and 300 ACs per community, we can not justify the expense of alarming every unit.

I agree, if this pandemic causes a long term recession, there will definitely be more crime. Not sure if it's related, but my personal car had it's catalytic converter stolen in broad daylight three weeks ago behind our office. Got the morons on camera and lpn. LAPD got an easy one.

...but my personal car had it's catalytic converter stolen in broad daylight three weeks ago behind our office.

No joke, one of our work trucks got broken into last night. Guy in a hospital gown and mask. Unbelievable

However.....prosecuting this based on the value might be a push. 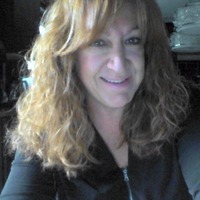 With all the contactless curb-side pickup services being offered by restaurants, maybe the thieves thought ADI had a drive-up window.

NYC business burglaries have gone up 75 percent since March 12...

The issue with putting up those barriers has to do with whoever owns the property. The Milford CT branch has 2 pylons upfront that the landlord had installed before ADI moved in, but the Rocky Hill CT location doesn't, and that was because their landlord didn't want them. It's a tough thing 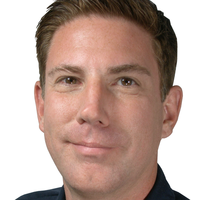