A few months after significant layoffs, 3VR has raised $3.57 million USD from 14 investors, according to an SEC filing [link no longer available], extending the company's runway for the near future. [Update Nov 2013: an amended filing increased the total to $3.98 million]

3VR is one of the most well funded analytics company and a cautionary tale for others. Analytics, in general, continue to struggle in real world deployments, making it hard to justify their premium cost. Even the company's media blitz after the Boston Bombing did not do much to stave off layoffs for 15 staff members.

3VR's last round of funding was back in 2010. Investors poured $17 million into the company, one of the biggest investments received by a video recording company. In total, it has received more than $50 million.

However, a key difference / problem here is that the raise this time was debt, not equity. With debt, it will need to be paid back, typically in the short to mid time, yet it does not appear that they can do so with positive cash flow from operations.

In addition to layoffs, a number of employees have left, including the CFO and CMO. Indeed, quite a few went to a local surveillance startup Prism Skylabs [link no longer available], started by 3VR's founder. However, recently the company announced four openings in engineering.

We left messages for the company's executives and marketing department. We will update if our calls are returned.

What does this mean for 3VR?

On the positive side, this allows 3VR to avoid a fire sale and gives it some runway for an eventual acquisition, which we suspect is inevitable in the near term, as the company is ten years old and funded by VCs who prefer exits, rather than keeping low growth, low revenue companies private.

For the right price (maybe $10 - $30 million USD), the company/product is attractive. It is one of the few VMSes with video analytics deeply integrated inside their application and client, an advantage that will likely grow as video analytics eventually mature. Moreover, it has a sold solution for retail and banking as well as untapped potential for software only sales, which only started this year.

Gordon Haupt, 3VR's longest tenured engineering director has left to take a position as Senior Director of Vision Technologies [link no longer available] at Sensory, Inc. He had been with 3VR more than nine and a half years.

3VR has retained their sense of humor on Twitter: 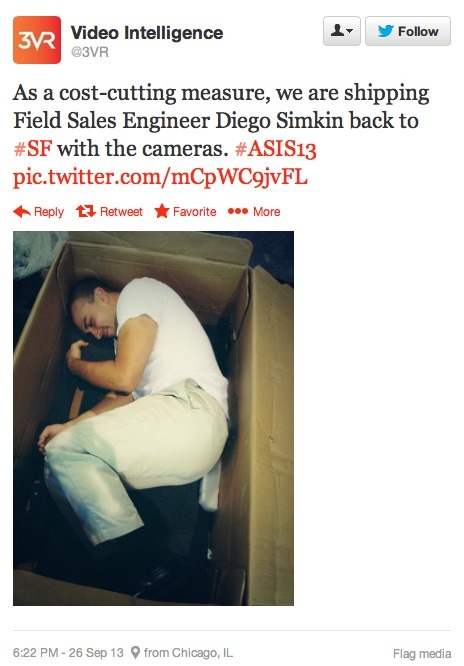