What if your recorder could automatically identify people as well as their gender and age? 3VR claims they can do this with their new demographics feature. In this note, we examine how it works, its limitations and cost, comparing it to offerings from Panasonic and Cognitec.

3VR can automatically scan incoming video and immediately categorize people detected by gender and age, as shown in the image below of their client: 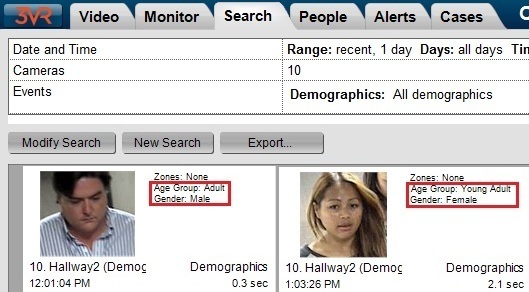 Additionally, the feature includes search options to let users find people based on their age as demonstrated in the image below:

This can also be done with gender, as shown here:

Demographic reports can be generated, though this requires a separate interface from their regular client, as shown below: 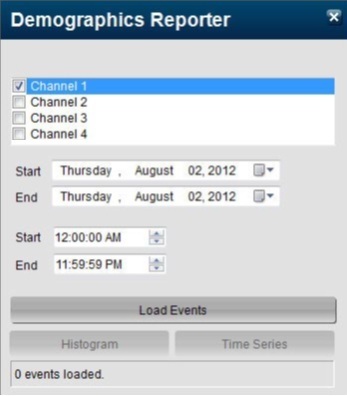 For a given time period, this can show the breakdown of people by age and gender: 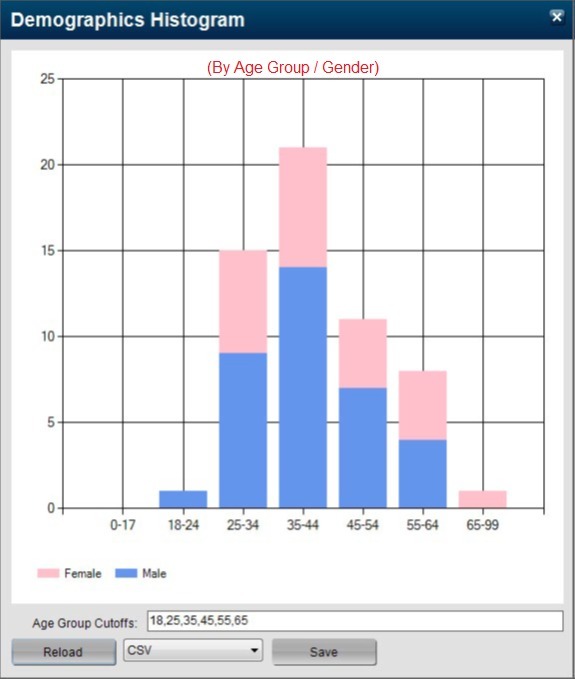 Alternatively, it can show the breakdown over consecutive time periods and how that changed over time: 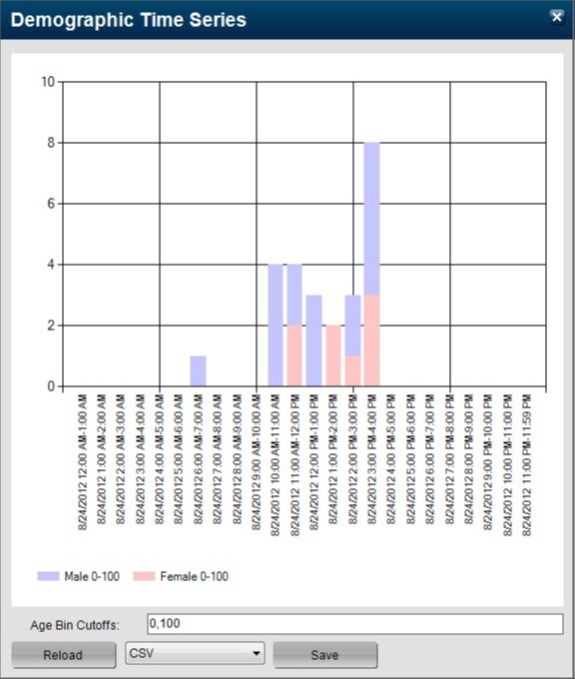 3VR's demographics feature has requirements that limit where and how many channels can be used. Similar to 3VR's facial recognition feature, the maximum FoV is ~5 feet wide for SD and ~10 foot wide for 720p cameras. Additionally, the angle of the camera cannot be too steep. Finally, resource consumption is similar to facial recognition.

The demographic and facial recognition analytics can be run simultaneously on a single camera.

3VR says their age analytic accuracy is ~7 years while a human's accuracy is ~6 years. The company projects their accuracy will improve to human level in the next year at which point, existing systems can be upgraded to the newer version.

We have not tested it so cannot comment on how well or poorly it works.

The demographics analytic will be licensed on a per channel/camera basis for $800 MSRP. 3VR uses a traditional dealer discount so street price is likely to run in ~$600 range.

3VR sees this being used on one camera per store or business to track the demographics of their customer base. Since, it can be run on the same cameras with the same requirement as face, they see it as a natural complement for their existing customers as well.

Since so few providers offer this feature, it will certainly generate a significant amount of interest as a highly differentiated offering, especially among retailers.

Compared to Panasonic and Cognitec, other providers of similar functionality, we see two key advantages:

Additionally, given 3VR's upcoming release of a software only version (historically their offering was appliances only), this provides an open means of delivering demographic analytics.