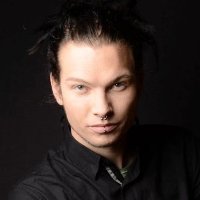 We are using Ubiquiti Nanostaion now, but because of the non standard 24V PoE used its not possible to power the camera from the same power source.
What I would like is a wireless bridge where the antenna is powered by 48V PoE and are able to pass on enogh power for the camera as well.

1. I still believe in keeping wireless bridges and cameras separate versus all-in-one.

I'm surprised they don't put these adapters more in front because as you and many other's, I've long wished we could power the bridges using standard PoE switches and was very happy when I found out they had these.

Luis, thanks for sharing those adapters.

As for outdoor cameras with integrated wireless, the main risk is distance/range. Fredrik, are you OK with only getting very limited distances from such cameras? If so, there are a handful of outdoor integrated wireless cameras, but they are consumer / SOHO type devices.

Ubiquitis Tough-Switch 8 port would provide both 24v and 48v PoE options - and it would be plug and play.

If you are looking for a 1 to 1 relationship between cameras and WAP's (and are willing to do a bit more work), you could combine:

Just a reminder - whenever you are doing passive PoE - test cabling/terminations using a certifier (or anything that will verify wiremap / continuity is correct).

Thanks all of you. 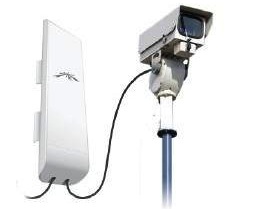 Lets say I got a gate 500 meters from a building. At the gate I got power in a small house 15 meters from the gate, but no network. The camera is going to be placed in a 10 meter high pole. If it was possible to do this like in the picture above I would set up the PoE injector inside the small house, and use one cable up to the Nanostation LAN1.

And here comes the part I wish was possible, but its not with the Nanostation at least.
So if I could get LAN2 on the Nanostation to pass on 48V PoE to the camera I would have a sweet and easy installation.

All connections are made inside the waterproof equipment and I don't need use any waterproof enclosures to put converters or stuff like that.

All things considered, it is *that* hard to run two cables up the pole?

You're going to have a very very hard time finding a PoE-compliant device that can take power and then pass power through to another device. Basically, the first device would need to somehow power the 2nd device BEFORE it reported back to the PoE switch what it's total power budget requirement was. It gets messy to do this within spec.

It *might* be easier to run a beefy 12VDC feed up the pole, and power both the UBNT device off of that with your own adapted passive injector (it works, I've done it) and then use a 12VDC to PoE adapter for the camera, like this: DC to DC Power over Ethernet | Injector Adapter | 48VDC PoE Out

To do it like the picture you posted you need to go with external power to the camera, not PoE. I can agree it would be nice if it were possible, it just isn't.

You have two alternatives, the best approach is probably dependent upon whether or not your camera absolutely requires PoE power (newer low end cameras are often PoE only - but there are plenty that also accept 12VDC/24VAC).

I think you're better off running two Ethernet wires up the pole, one for the bridge with the adapter and one for the camera and connect both devices to a standard PoE switch, preferably a smart switch. It may be more money but you at least have remote managability and power cycling of the devices if you need to.

To Luis's point. The Toughswitch I mentioned earlier can be configured to power cycle the camera if it fails to respond to ping or on a given schedule (you need the 8 port version for 48V). That said - passive injectors will be cheaper, especially if you want to add battery backup (adding batteries to your 24VDC power supply is much less than a full 120VAC UPS)

I have used the Toughswitch in some projects earlier, and its great. But in some cases the client doesn't want to pay extra for reliability :( So I also like to look at the most cost effective ways to do things.

So after the feedback I have got, I understand that is impossible (or at least no available solution) to use Active PoE to power two devices where the first device pass on power to the next, but if the wireless bridge was to use passive PoE it should be possible, right?

Some times I use a PTZ camera on 24VAC in setups like we are discussing here. Any way to get 24VAC to 24VDC PoE?

You need two parts: an Altronix Netway 1P to convert the 24VAC to standard 48VDC 802.3 PoE and then this Tycon unit to convert that standard PoE to 24VDC PoE

What's the power draw of the PTZ camera? Many of them can exceed PoE power limits. Is it an IP camera?

Thanks, but I think you misunderstood my question.
I want to power the camera (Yes its an IP camera) with 24VAC and then I wonder if its also possible to use the 24VAC I then got in the pole, and convert it to 24VDC PoE to power a Nanostaion.

So I would like a device that can handle two wire 24VAC in and give 24VDC out in RJ45.

Can the camera be powered with 12VDC? It would make it simpler. If so, I'd run one wire to the camera, and another to one of these injectors, which will output 24VDC for the NanoStation.

"which will output 24VDC for the NanoStation."

The nanostations will run off of 12V. They recommend 24V to account for voltage drop. But if you have a solid 12V supply it will work just fine. Though depending on the price of that unit it might be worthwhile just for wiring simplicity.