Which Of These 2 Cameras Is Better?

Ok, camera (A) is from an IPVM test. Camera (B) is from our scientific lab using the same lux meter, same lux reading as IPVM.

I think this proves our camera is better than the one IPVM tested. Thank you.

Well what if you put your meter at the same distance from the camera as in photo A and then re-post?

For a scientific test both cameras would have to be setup and tested in the same lab under the same conditions in order to keep scientific controls in place. You are assuming both lux meters are calibrated correctly, the distance from the camera to to the object is the same, and the object you are shooting would also have to be the same.

(PS, I'm hiding mine to just to keep with the theme of the thread...)

First, kudos to the 2 of you for spotting this and calling out the errors.

Secondly, let me reveal that I did this to see the response.

Why? Well ACTi has been distributing an idiotic camera comparison doing just that. Here's a screencap of it: 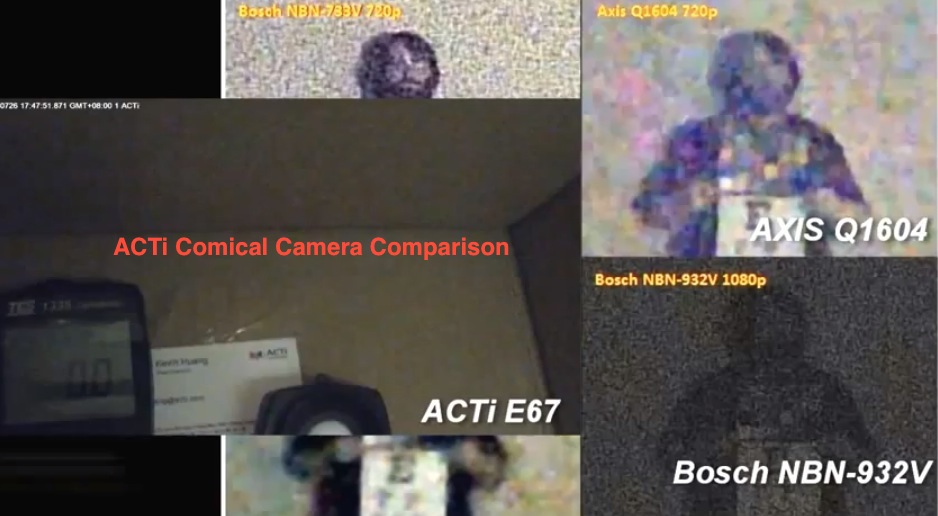 Not only is it promotional, it is absurd. As both of you mentioned, the distance / FoV is a huge factor. Having a camera 2 feet away from a subject is far easier than one 20 feet away is (as is done in our tests) - because of greater pixel density and less distance for light to travel / disperse.

Also, let's remember that when vendors do their tests, we have no idea what shutter speed they are using and likely use a much longer one than the 1/30s we lock all cameras to.

Finally, the image at the top is a test we did of the same exact camera with the only change being that (A) is our standard test setup and (B) is looking inside a cardboard box. Not surprisingly, the cardboard box provides greatly misleading results.

Even though these are the exact same camera the second image is better. Somehow the camera must have been practicing and getting better between the time you took the first image and the 2nd one in the box. My guess is you've been feeding it carrots or something (maybe a corrective monacle?) because its eye got better. Weird how changing the FOV makes a difference in quality - that doesn't make any sense. It's almost like if you were to match the sensor, lens and camera functions to the requirements of each scene it would be better. That's a little far fetched. I would rather believe that the same camera with a 1 foot scene width will perform just as well and give as much detail with a 30 foot scene width. In regular and low light. I'm only buying Acti from now on. 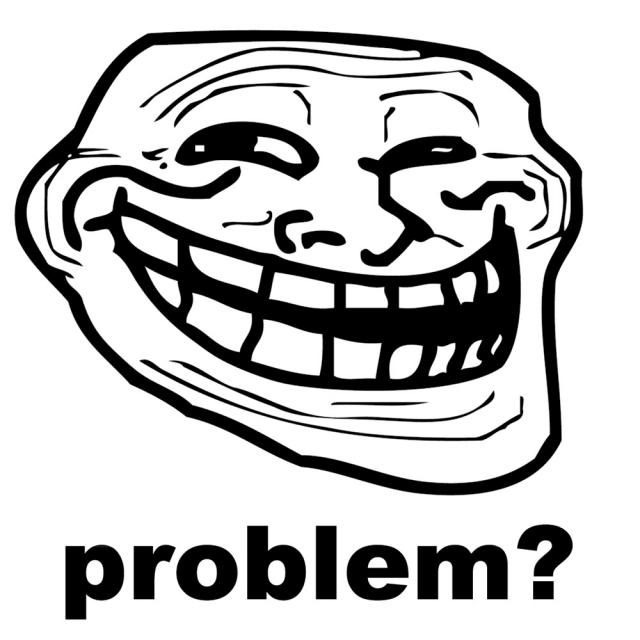 One comment about distance: like any other electromagnetic signal, light levels vary with the inverse square of distance. In other words, given the same level of light at the source, if you double the distance to an object, the level at an object is reduced to 1/4 of the original level. This applies to both light sources and light sensors.

Assuming the light level at the subject in the two pix above is equal but the camera is at 20' in 'A' and at 2' in 'B', Camera 'A' would only receive approximately 1/20 the amount of light as Camera 'B' - a huge difference.

I've proven this in the real world by measuring the reflected light level 1' above a gaming table and 10' above the same table. The meter showed approximately 100 lux at 1' and less than 1 lux at 10'.

Carl, the solution is obviously to put the cameras 1' above the gambling table ;)

I'll keep that in mind if I ever design a system for Lilliput ;-)

I'm confused. When I first saw this thread with 0 comments I thought it was just a troll/humor thread on a slow day. Was this supposed to be a serious post?

Yes, and the serious points are:

Professor Carl dropping some knowledge, bringing the smack talk, walking away in slow motion with explosions in the background.