Where Is The Samsung Techwin Vision?

The two most significant trends in video surveillance currently are arguably 4K on the high-end and Analog HD on the low.

Yet, to my knowledge Techwin has not even announced a 4K cctv camera in development, like its high-end peers. (Not even a reboxed camcorder.)

Nor have they, as far as I know, decided on one of the flavors of Analog HD to adopt, or decided to roll their own, which they certainly would be capable of (lawsuits non-withstanding).

Their Wisenet III cameras are getting good reviews, but they must have something else in the hopper besides that and 1280H?

Is there another major player who doesn't have a 4K OR a Analog HD strategy for the coming year?

Perhaps they do not want to "soft launch" product? It's fairly frustrating when product is launched at a trade show and doesn't ship for a year. There have also been some changes at Samsung, perhaps this has delayed new product.

As Austin mentions, the 'announce 2 years before we can sell a product' a la the Sony magic 4K campaign has its own downside.

That they have not publicly announced 4K or analog HD does not worry me. I think they could pull them out fairly quickly.

The bigger thing remains the delays (certainly) and changes (possibly) that come from the Techwin stock sell-off.

I, for one, am okay with cheap, reliable products that are good enough for most purposes. The Wisenet III cameras are bulletproof and cheaper than anything else of comparable reliability and usability. They can probably coast on these cameras for a while.

I'd rather boring and reliable than exciting and half-finished, especially if the boring is cheap and the exciting is expensive.

I agree with posters above. I'd rather see no announcement followed by product hitting the street.

Also, having seen and spoken to Samsung over the course of 4-5 trade shows in the past few years, I don't think I've once seen a product shown or discussed there which was not already productized and coming soon. No prototypes or technology displays. Just new stuff which is actually coming. It's a fundamental difference from a lot of the other manufacturers.

I also think Samsung waits and watches for a little while before releasing product. They seem more prone to letting others be on the bleeding edge, and giving themselves time to see what concerns come out of the latest advances. I expect they're doing the same on 4K.

So that's the story, eh guys?

Techwin refuses to play the usual game of vaporware, marketing hype and creating false expectations, instead just 'boringly' creating solid product after solid product, and does not get caught up in the empty rhetoric others employ.

Not so fast though. It's only fair I think to examine their most recent 'hard' launch, the 'bizzare' 1280H Beyond Series 1000TVL breakthrough...

'Trumpeted' by Techwin as 'redefining Analog' in April of 2014, IPVM promised to test as soon as available. That test, which began in October, was highly derided by IPVM as pure marketing hype, and merely screen stretching.

5 months to stretch a picture? Am I being unfair or was that one just an anomaly?

I think that was a different division of Techwin. Besides, you really can't deny that Wisenet III series is a bulletproof camera at a very reasonable price.

I didn't, see OP. Don't get me wrong, I love Techwin. Some of my best cameras are Techwins.

FWIW, compared to Axis, assuming they make a similar model, I think their image quality is superior at often half the price.

That's actually the reason for the initial post, I wanted to check out a 4K camera, and was going to get a P-1428, but then saw the 25% DOA post and thought Techwin must have one coming out any day. When I didn't find any mention at all, I was bummed.

So I'll just wait for the Wisenet IIII-K...

“We anticipate the very exciting news in the first half introducing 5-megabyte cameras, 4K cameras and all-in-one IP kits, which we feel the market is now ready for.” The latter are preprogrammed four-, eight- or 16-channels kits. There will also be a whole new lineup of LiteNet cameras, which are aimed at competing with “a lot of the lower-end players that are trying to enter the U.S. market,” Cook said.

Samsung Techwin is developing a new digital signal processor (DSP) called WiseNet IV, which will eventually find its way into video surveillance cameras and military equipment that likely interests Hanwha Group, Cook said. “There is a roadmap for us. It is high megapixel, 4K, on H.265."

Lest anyone think it was a response to the OP, it was not, being published apparently in December.

I guess we'll find out in a couple months!

It can replace an entire 40 megabit camera...

Maybe he meant a 5MP camera?

We anticipate the very exciting news in the first half introducing 5-megabyte cameras...

Except that introducing a 5-megapixel camera sometime in the first half of 2015 doesn't sound like very exciting news.

A 5-megabyte camera on the other hand, would be an industry first, and would certainly get people's attention. ;)

It's a typo. My bet is that the 'editor' at Security Sales confused 'bytes' with 'pixels'.

My bet is that the 'editor' at Security Sales confused 'bytes' with 'pixels'. 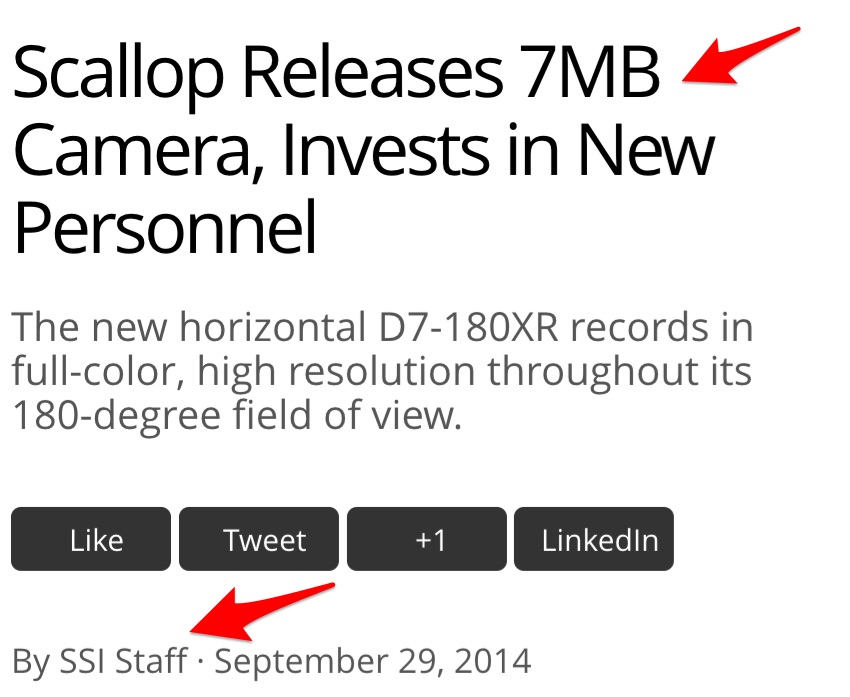 Now what makes you say a thing like that? ;)

True, but at the risk of being a party pooper, I think that's what it meant. It was less than a year ago that Samsung announced 3MP cameras. They were the top of the range in May 2014.

In April 2015, 3MP cameras are still their top of the range models in their bullet and dome series, and 2MP in their PTZ series. However I note they have new 5MP cameras in their fisheye, box and network vandal-resistant series. I don't know when these 5MP models were announced or released with the exception of the fisheye cameras for which their was a press release on February 03, 2015.

True, but at the risk of being a party pooper...

It's alright, I'd suggest that everyone from Ari on down were being facetious anyway... :)

any update on the 5MB cam?