When The Surveillance Footage Matches The Mugshot

Here are some juxtapositions of mugshots and the surveillance images that led to their arrests from the Philadelphia Police Department -- people who unfortunately/fortunately looking exactly like the images that were captured.

An interesting side-bar to surveillance video and identification of suspects is (hopefully) the beginning of the end of LE reliance on 'sketch artists' as an identification tool (highly prone to mis-identification; no scientifically established methodology or proven efficacy, etc).

This piece from HomelandSecurityNewsWire speaks of this relationship.

I wonder if agencies ever combine sketches and footage for a case. It would be interesting to have a third photo showing sketches based on witnesses and see how they compare. I rarely see sketches anymore though.

Composite sketches may be old hat, but my guess is that they will continue to be used for as long as there is the likelyhood that video isn't always available/usable.

If I was running a PD, I'd rather run the risk of mis-identification if the alternative is no identification.

Alain, while I respect your opinion, I completely disagree with it. :)

I am absolutely and firmly in the Blackstone camp:

That's why there are juries <edit> and the "beyond a reasonable doubt" standard.<edit> ;)

Hey i am heavily pro-jury. Just as much as I am anti-junk science.

Junk science is the driving force that allows cops with predetermined notions to convict innocent people. For whatever reasons they want to.

Either simply because they really know the dudes a scumbag and deserves it (even if he didnt do this particular crime), or can be used to influence 'recollections' in both overt and non-overt ways.

Eyewitness accounts, already proven to be suspect at best, can be too easily manipulated with unproven junk science - if the intent is there.

Please don't tell me you don't believe video evidence can be tampered with. Hollywood does it all the time.

Mind you, they probably have much bigger budgets than most PDs, but if someone wanted to get someone off the streets bad enough it's still in the realm of possibilities.

How easy or not something can be tampered with is not at all what I'm talking about, Alain.... :)

People (LE or not) are gonna do what they are gonna do. The dance doesn't change, just the music.

My point is, the use of sketch artist renditions of suspects allows the cops far too much latitude for abuse - if that is their intent.

For something that has been in the LE toolkit for as long as it has, you'd think maybe you could find something proving it has legitimate value (i.e. how often do they lead to righteous convictions vs how many of those convictions were later overturned with real science, etc).

What about police lineups that don't involve a composite sketch or video evidence? I believe those are also still being used.

I understand where you're going with this, but it's wishful thinking to believe law enforcement will let itself be forced to do away with all other type of "non-scientific" evidence just because video and other scientifically based methods are becoming more prevalent.

My counter to that would be that LE themselves should reject the use of these faulty tools simply because of the inherently higher-than-acceptable failure rate. Like all tech support people did for UPNP back in 2008.. :)

The type of LE that wants to use tools that have been proven to be fallible (and open to misuse, used to convict jails full of generally poor saps with no chance of quality representation) are the types of LE that I do not like. It's really that simple to me. LE must not cheat if they expect to maintain any sense of respect (internally and/or in the community).

I hate scumbags like fat kids love cake.... but there are few things worse for a human, imo, than to have ones liberty taken away for even one day (if they are innocent of the crime), based on faulty science.

I'll admit to a soft spot for Atticus Finch and Dr. Quincy, if you admit your fondness for Sgt. Joe Friday and former NYC Police Commisioner Raymond Kelly... :)

Marty - I'll conclude with this since we could keep on going for weeks on this topic:

I'm not speaking for myself here, but I would venture to say that the honest folks in LE, which is probably most of them, who try to do the best job possible given the circumstances they have to deal with on each of their cases would counter that the methods available to them, under Rules of evidence, shouldn't be taken away because there might be a few corrupt or overzealous individuals amongst them.

I will gladly agree with your stated position:

"..honest folks in LE, which is probably most of them, who try to do the best job possible given the circumstances they have to deal with on each of their cases would counter that the methods available to them, under Rules of evidence, shouldn't be taken away because there might be a few corrupt or overzealous individuals amongst them."

But I will raise you one 'honest folks in LE should want to shun junk science because it is fallible and they are honest LE folks who should not want innocent people convicted'.

All have been used to convict innocent people, and the use of all have (largely) been disallowed since.

You'll make me look like a liar because of this, but I'll beg to differ when it comes to polygrap test results.

I stand corrected vis a vis polygraph technology, though the link from that polygraph service appears to indicate that the door is only now open because of 'newer' and 'better' methods, yet makes no mention of what those advances are. I would be interested in reading some more about this.

"the trial judge, pursuant to Rule 104(a), must make a preliminary assessment of whether the testimony’s underlying reasoning or methodology is scientifically valid and properly can be applied to the facts at issue. Many considerations will bear on the inquiry, including whether the theory or technique in question can be (and has been) tested, whether it has been subject to peer review and publication, its known or potential error rate, and the existence and maintenance of standards controlling its operation, and whether it has attracted widespread acceptance within a relevant scientific community."

I also note that it says that

"19 States admit results of PV examinations under stipulation by the parties."

- which would seem to me to be reasoning for using polygraphs to exclude, rather than include a possible defendant.

I'll have to admit that's a pretty bad sketch, but that doesn't preclude someone innocent from being shot in the street because a picture from a video image that happened to look like them was put out on a news feed somewhere.

This sketch just came out of Oregon Texas. Was this artist even trying? 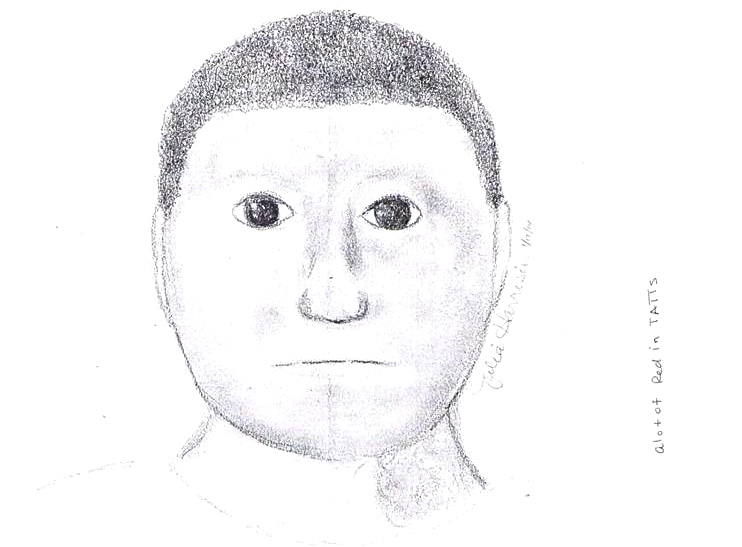 That's not from Oregon. It's from Paris, Texas. That doesn't change the point you make though. The article states: "The sketch is not a true depiction of the suspect, only a likeness." I'd say that is being overly generous. It looks like it was drawn by a Jr. High art student (and a B- one at that). 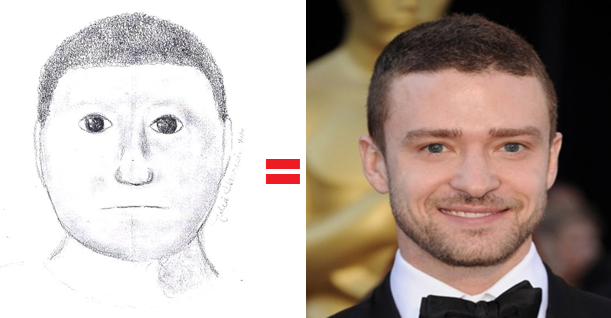 But in the artists' defence, all they typically have to go on are eye witness descriptions. If someone tells them the suspect was caucasian, average height, slightly overweight, short brown hair and brown eyes, we can't expect a miracle unless the person producing the sketch is also a psychic. Given my artistic skills, I'm sure I'd do worse.

Seems like LE is a little too influenced by hairstyle...

Simple takeaway for all would-be 'hinksters',

"If you want to do the crime, be prepared to get a haircut..."