When The Earth Moves: The Ultimate Test For Installers?

I noticed during a recent minor tremor (<4.0), here in CA, when playing back the video that some cameras showed significantly more motion than others.

I made a mental note to go and and check out the worst offenders but when I got to them, I noticed that the ones that I thought were poorly mounted were actually quite stable, yet the ones that barely moved were a little on the "janky" side.

Anyone else noticed this?

I would love to test it now but I am unable to do cuz I'm not about to shell out the 750,000 needed for a second hand QuakeSim or even a beat-up FaultFabricator just for a one day test.

Can't you just mount a camera on the side of a building and then crash into the building with a big truck or something?

Poster, I must say that generic recomendations without reference to specific models and pricing are can be less helpful...

Are you recommending a particular model truck? At what speed? Into what class building? Piloted vehicle or drone?

I believe the culprit is likely inertia. The "janky" cameras are probably able to resist swaying due to their "loose" mounting while the well-mounted cameras are more likely to sway with the structure they're mounted to.

One possible way to confirm the theory would be to see how long each camera sways. "Janky" cameras would likely continue swaying for some time after the well-mounted cameras stop, again due to inertia and Newton's First Law of Motion.

That don't sound right, but I don't know enough about inertia to dispute it.

To come to any conclusions as to what forces are in play which might help explain Chris's observations, the problem lies not in Carl's explanation of inertia, but in the ill-defined, unquantified concept of 'janky' to identify the physical installation characteristics....

However, inertia explains the cameras movements while the building itself is moving:

"The term "inertia" is more properly understood as shorthand for "the principle of inertia" as described by Newton in his First Law of Motion; that an object not subject to any net external force moves at a constant velocity. Thus, an object will continue moving at its current velocity until some force causes its speed or direction to change."

To explain the cameras continued movements after the building stops swaying, the principle of 'impetus' is the explanation (imo):

"When a mover sets a body in motion he implants into it a certain impetus, that is, a certain force enabling a body to move in the direction in which the mover starts it, be it upwards, downwards, sidewards, or in a circle. The implanted impetus increases in the same ratio as the velocity. It is because of this impetus that a stone moves on after the thrower has ceased moving it. But because of the resistance of the air (and also because of the gravity of the stone) which strives to move it in the opposite direction to the motion caused by the impetus, the latter will weaken all the time. Therefore the motion of the stone will be gradually slower, and finally the impetus is so diminished or destroyed that the gravity of the stone prevails and moves the stone towards its natural place."

Given the force of tremors act differently on building structural elements depending on where they are located, it seems gross oversimplification to say loose/janky camera mounts absorb shock better than those rigidly/sturdily mounted.

Steel harmonics/resonation differs from lumber, which differs from masonry, which varies depending on how it is interconnected to joists/beams, and vary again depending on how the foundation itself is used. The effect of a tremor on one camera may be significantly greater than a camera just 20' away depending on where on the building it is located.

Summary: Over-simplifying the complex can still give you a bad result in the end.

There are gyroscopic mounts that may dampen shakes, but frequency and amplitude of the tremor may simply be greater, more rapid, and faster than even a compensating mount can overcome.

My post above assumed that the only difference between the cameras was the "janky": mounting and that well-mounted and "janky" mounted cameras were evenly distributed. I do, however, agree that other factors may have come into play such as location, mounting structure, camera weight and even focal length.

Marty, inertia comes into play for both situations, since Newton's First Law of Motion is simply defined as "a body at rest tends to stay at rest and a body in motion tends to stay in motion unless acted upon by an outside force (nod to Celebrex commercial). Essentially, inertia works both ways. Heavier items loosely coupled to their mounting points will tend to resist moving longer than lighter items firmly attached. They would also continue moving for some period after the mounting points stopped moving. Both are forms of inertia.

Impetus is the actual force causing motion or change in motion, which in the cameras' case would be the motion (or lack of) of the structure, which in turn is caused by the movement of the ground. One could also use the term momentum, which would keep the camera moving when its mounting point stops. The three terms are inter-related.

Applying that to the cameras, it would mean that a loosely mounted camera, especially a heavy one (ie vandal) and most especially a pendant mount with a relatively long pole would tend to move less if the mounting structure moved than a light camera directly mounted to the structure. The same heavy camera would tend to continue moving (but in ever-decreasing amounts) once the structure itself stopped moving.

It is my opinion that the above scenario includes both the principles of inertia and impetus.

Inertia (from above) "the principle of inertia" as described by Newton in his First Law of Motion; that an object not subject to any net external force moves at a constant velocity. Thus, an object will continue moving at its current velocity until some force causes its speed or direction to change."

The 'impetus' is the 'some force' described by Newton in his definition of inertia (i.e. the earthquake creates the inertia, and gravity is the impetus in the above scenario).

Inertia covers both. It is resistance to change in motion. That means to both increasing and decreasing motion.

It's not the motion that kills you, it's the sudden stop at the end (paraphrased).

Marty, imhho, I find no fault in your explanation in principle or fact, however I might add that in modern physics, the original theory of "impetus" has been largely supplanted by the more general Newtonian model into which it has been incorporated.

Carl: That said, Newtonian physics is neither the last nor best word on the subject, and since I see no relativistic considerations that you have provided, one would assume since that you are offering a facile explanation, (and a commendable one at that!), you might accept Marty's statements because we both know you are saying the same thing!

Chris, I didn't add relativity to the discussion because it is still a very small factor - close to zero. Since relativity comes into play as one approaches the speed of light (~671,000,000mph), even the dizzying speed at which we are currently moving through the universe is only 0.0007 times the speed of light.

Chris, I didn't add relativity to the discussion...

My point was that not that you should include it but rather to agree with you that your model is sufficiently precise without it. As I believe Marty's anachronistic yet accurate, and quaint but not quixotic response is as well.

Though if you could show where impetus theory, rather than simply being incomplete, were to be predictively inaccurate in a relevant manner I would acquiesce at once.

My fear though is the rampant equivocation around what is implied by 'impetus theory' that might ensue in such a discussion...

"My fear though is the rampant equivocation around what is implied by 'impetus theory' that might ensue in such a discussion..."

While your original post did not specifically ask for insight into the causation of your noted observations on how camera images were effected by earthquakes, the relation of cause to effect is inferred.

Hence, rampant equivocation around what is implied by impetus theory (and Newtonian pysics) might ensue in such a discussion.

Great fun, guys. This discussion gave me the impetus to research the speeds at which we are travelling. I knew the theory but not the values.

Makes for an enjoyable Sunday morning... ;-)

... the problem lies not in Carl's explanation of inertia, but in the ill-defined, unquantified concept of 'janky' to identify the physical installation characteristics.... 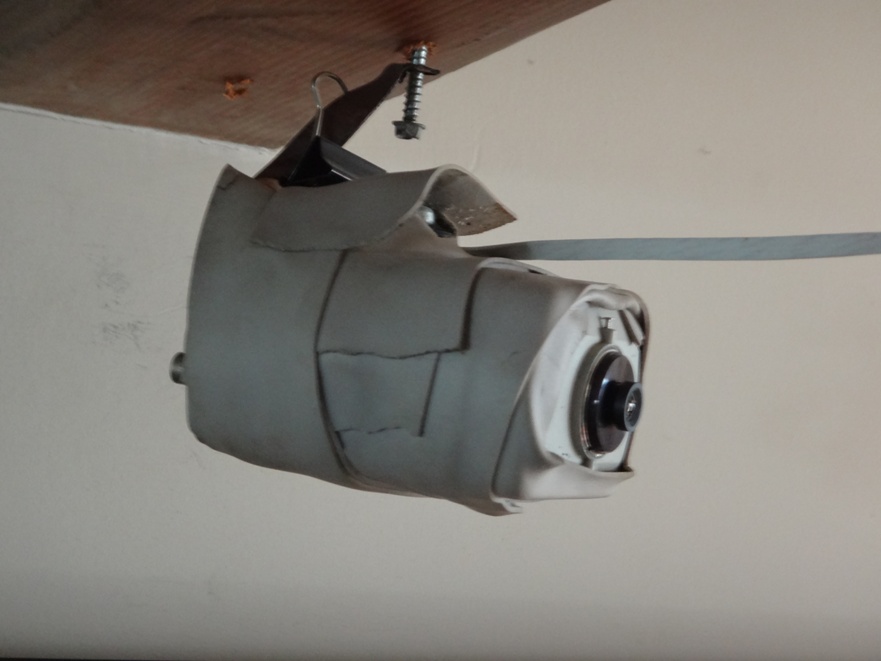 Does that help quauntify it at all? ;)

Thanks everyone for their help, but you can see its a little late for that...

Scary and surreal video showing how the sturdily mounted camera makes it seem like the ship is perfectly still and everyone else is flying around. If the camera mount had some "jank", then the video would only have been scary...