Say something nice, share something technical and informative, shrug shoulder.

Call out a problem or a company, spiked response.

We record our twitter click throughs (via bitly) and here are some examples of how they break down:

A handful from the last few weeks:

What's weird / interesting here is that the 'top' tweet click throughs often do not turn out to be the top overall read articles on IPVM. For instance, all of those tests that had weak twitter engagement were 'hits' with thousands of reads each overall. Just not that interesting to twitter followers.

I think your first sentence says it all: "People on twitter want controversy and conflict."

IPVM members are most likely here for the content and could care less about the drama.

"IPVM members are most likely here for the content and could care less about the drama."

I do think a lot of members care about the content, especially the engineers.

However, there are a lot of (silent) sales and biz dev types that really like the controversy as it is essentially competitive intel / information they can use to sell against their rivals.

You're probably right. I guess I'm just a boring guy trying to broaden his knowledge base....way to dull a subject to be tweeted. ;o) 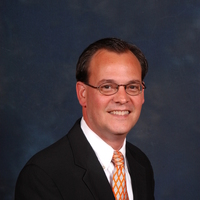 I think that, due to the nature of Twitter, we tend to click through only on items that will provide a quick answer to a teaser type headline. I save reports and other in-depth articles for when I'm in front of my PC.

I think that the facebook, twitter drama group allows comment's, quickly, at the moment, and with a quick reflection of one's thoughts.

Lots of Friends, Lots of being listened to by others

The problem is with" whats on your mind" is the tendancy is to speak freely, and let loose with your thoughts.

Too easy to get caught up in the drama.

The worst part of all is you cannot take back what you post or do damage control with out a huge backlash .

Not enough accountability for those responses .

Keep up the unbiased perspective on the industry.

As an old dinosaur, I'm holding out for "Roarer!"

People still use twitter? Its a fad, it'll go away soon =P

To those who feel the need to tweet every insignificant & unfiltered thought that passes through their brain, I say:

There is much truth in that saying.

Maybe you could put the click thru numbers, both overall and twitter, next to the article/discussion titles to show whats trending?

It might increase traffic because It could alert members to posts that they might find useful because their peers do, even if there isn't much comment activity.

Unless of course they are run as batch statistics and not accesible in near-realtime. C

That's a cool suggestion that could provide some useful high level information - how many people felt that it was useful to "click through" based on the headline and the teaser content?

The next question we might wonder is, once they "clicked through," how many people spent some time reading the content? My first thought was, is your system able to post the total reader time, or even (maybe more informative) average time that each reader spends on a particular post? The trouble is, the information is "noisy" from irrelevant effects. For example, suppose I click into a link and then go to the john. My clock ticks merrily away until I return and browse another thread.

There is no perfect metric, but there are many interesting ones.

How long someone reads is a fundamentally unsolvable problem though there are ways to estimate based on tracking on page actions (like scrolling down, etc.).

Hasn't NSA solved this one with pupil tracking?

The difference is in the type of engagement. Twitter is for fast, fast, fast actions, which is much more attractive to negative responses. Reading a longer form is more attuned to the 'thinking' part of the brain, which works better when the content is informative and positive.

Read "Thinking, Fast and Slow" by Daniel Kahneman how this behavior translates from the nature of our brains.