What Is This? Virtual Video Surveillance Viewing?

"The viewing stations are virtualized on the Pivot3 vSTAC R2G Virtual Security Server (VSS) appliance and video is made available to view securely on a wide variety of devices from repurposed PCs to thin clients to smartphones, tablets and video walls. Nothing can be copied from a view station since the video data is all housed centrally and the viewing station has no download access to the video feed. Inexpensive PCs or thin clients can be housed in dirty dusty environments without the expensive ill effects experienced by expensive graphics-enabled PCs."

I am just confused how they are 'virtualizing' viewing stations. The video still needs to be displayed on the client. As such, something on the client needs to decode and display the video.

They might be transcoding the video down to lower quality / resolution / fps and that would reduce requirements for displaying, but obviously degrade the video in the process.

And a viewing station that cannot download video limits applicability and despite their claims, video can still be easily copied by filming it with a phone.

Any one have any ideas on this? We'll talk to them at ASIS but I found this especially puzzling. 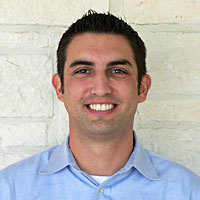 I believe they are delivering virtualized/remote desktops to various devices using VMWare Horizon. The server(s) that centralize and deliver the desktops provide the horsepower...

The video still needs to be displayed on the client, right? And if its full resolution, full quality video, the processing power is the same, no?

It appears the only fundamental way to decrease or transfer processing load to the server is by transcoding there and delivering a lower quality stream at the virtualized/remote desktop?

Seems like an approach to Virtual Desktop Infrastructure but used in video monitoring. If that is the case, all the work is done on the servers and the display is sent to the PC. Kind of like an RDP type client.

VMWare has a Youtube video showing (dramatized) remote use of centralized hardware for video editing, and more. They seem to be claiming they can stream out video at usable refresh rates for these purposes, so it looks like Pivot3 is applying that to surveillance.

I'm curious how usable this actually is, though. Using RDP or other remote desktop methods for video is notoriously choppy. What sort of black magic is VMWare using (if any)?

I watched that video and it makes sense to me for that application. The implicit claim is that video editing / modeling / production takes a ton of processing and that such processing can be moved to the core, allowing the results to be displayed on low end machines like Chromebooks.

What's different about video surveillance viewing is that there's generally not a ton of processing that can be moved off the client because there's not much 'manipulation' / production going on client side. It's the video display itself that is the big resource user.

No, I think far less processing power is often required. Let us suppose the server is decoding and displaying 16 streams of HD1080 video on a 1920*1080 display. It can then send that 4*4 multiview display to the client as a single HD1080 stream so only a low-powered client is required.

Why would you display 16 1080p streams on a single screen? Pretty much all modern VMSes support multistreaming allowing to switch to low res streaming when displaying multiple cameras side by side. That's include free without any need to buy a transcoding solution like you are alluding to?

Unless I'm mistaken (and please let me know if you think I am) the server still has to decompress the 16 full 1080p streams before sending the low res streams to the multiview display. The client only has to receive the end result and therefore doesn't have to do the heavy processing.

With multistreaming the server receives 2 (or more) copies of each stream (e.g., full and low), but those streams do not need to be decompressed in the server for transmission to client. As such, it's low load on the server.

However, with transcoding, which is what VMWare / Pivot3 are evidently doing, everything needs to be decoded and re-encoded / transcoded. That's why that Pivot3 appliance has an 8 core Xeon and a minimum of 64GB, radically more than what one would need for the much less computing intensive task of multistreaming.

Thank you for your detailed insight John.

I was following y'all just fine, but now I'm scratchin' my head. On account of I don't know who is making what point exactly, if y'all don't mind I'd like to ask both you a greenhorn question to set me straight:

Which you reckon takes less client side compute horsepower to display?

1 single high-res stream 1920x1080 stream (as server decodes all 8 and then re-encodes all into one HD stream)?

RDP is a very lightweight impelementation of virtual desktops that Microsoft licensed from Citrix a long time ago I think. Full blown implementations tend to work better with more efficient, proprietary compression. However, I still can't see it being the same resolution and framerate as a think client. Something has to give. Either way, it will cost more money- neither VMWare nor virtualization servers are cheap, so you have to weigh those costs against what it might save you.

This would allow you to leverage existing IT infastructure. A lot of large enterprises already have virtual computing. In places that are geared to virtual, IT would probably prefer to have a generic thin client playing video than a specialized high powered PC.

I don't understand how it all works but VMWare can work magic and do all the high powered processing server side and allow the client machine to be pretty vanilla.

I certainly believe they can make the client machine be 'vanilla' / 'low powered', etc.

I just don't understand how they can do that without decreasing video quality (as Luis has already discussed).

There probably is "loss" in video quatily but it can't be percieved.

I have seen this done in graphic heavy software applications but not in surveillance and the expeirance is just as good or better than any PC I have seen.

Virtual solutions are out of reach for most video surveilance applications but if you have a large system that needs maximum flexibility and power it is certainly more managable than traditional setups. I would say this release is aimed at IT. It gives companies that currently have or need virtual computing options for dealing with video surveillance.

On the technical side, he noted that this was an implementation of VDI (Virtual Desktop Infrastructure) and that what they were doing, for VMSes, was ingesting H.264 streams and transcoding to PC-over-IP.

To that end, he emphasized benefits of simplify PC / workstation management, better security (in terms of blocking downloads of video) and improved ability to run in harsh environments by using thin clients like the Dell Wyse series, see video:

As for video processing, he said the savings would come in scenarios where multiple full stream videos were being displayed simultaneously on a monitor. In other words, where the resolution of all the streams were higher than the monitor. Pivot3 acknowledged that if multistreaming was being used, that their might not be any client side video processing savings and PC-over-IP might take a little more bandwidth than H.264.