What Do You Know About Salient Completeview VMS?

If you were considering selling Salient's CompleteView VMS, what are the features and benefits you like and/or, what are the missing pieces to their VMS that you might get beat-up over, by another VMS competitor? Have there been any issues with the product, support or hardware warranty that you should be concerned about or, are they stellar in all areas?

1, we have never really covered Salient. We are considering covering them in the future primarily due to (1) the Exacq and Milestone acquisitions have motivated some dealers to look elsewhere, opening things up for less known companies like Salient and (2) Salient has been hiring former Exacq rep firms, which is helping them to get their name out there.

Good topic for the future and the same for a few others VMS companies in the same boat?

For now, perhaps others (Integrators or Manufacturers) have some basic knowledge on what Salient has to offer and where it stacks up against other VMS products? It's always smart to know your product and your competition.

I too believe that smaller VMS manufacturers will be subjects of M&A's in the very near future. There will likely be a number of these companies essentially, dissappearing. Who knows among the sea of VMS products and companies, where Salient currently swims in this food chain?

Reply Edit
Delete
Create Topic
Ban post
07/21/15 10:28pm
John and Co, Correct me if I'm wrong, but they still do not support ONVIF, right? They have some direct drivers and use rtsp, if memory serves... Disclaimer: I work for a competitor to Salient.
Reply
Agree Disagree Informative Unhelpful Funny Fav

I do not see Salient claim ONVIF support on their website nor are they listed under ONVIF conformant products.

Yes, we currently do not support ONVIF in the current released version, but we will be releasing it in an upcoming version.

Disclaimer: I work for Salient

DISCLAIMER: I work for Salient

We have been under a lot of peoples radar, and that is starting to change. Lately, we are regularly beating out the big 3 (Exacq, Milestone, and Genetec). Our tech support is 24/7/365 as long as you are under software warrenty. We also offer 4 hour same day support on hardware with an up charge. If we have a bug, which everyone out there does, we fix it very quickly as all of our code is made in house. We have an incredible web client, Dynamic Video Scaling in our clients, edge storage with trickling down, archving, central client management, central server management, QuickTrack cameras mapping, and we are also made in America. There are so many features in the software it would be impossible to list them all here. If you want to talk about a certain vertical, we can go into that.

I would be happy to have a further discussion with you or anyone else, as to our strengths and weaknesses, please contact me at robert.ansell@salientsys.com. 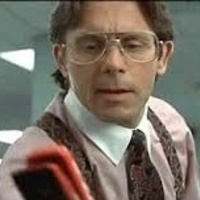 We've been leading with Salient (for the most part) for about 4 years, and have been extremely satisfied with both the product and the support. The product has matured greatly since we started selling version 3, and lately, each minor upgrade (4.3, 4.4, 4.5, etc.) has included pretty major feature upgrades. One thing that I will say, is that I find their software to be extremely efficient in the way that it stores video. We experiemented about a year ago with swapping in a different VMS in our office and found that we getting significantly less storage time on the new VMS (no need to name it).

On the hardware side, they use the standard Dell machines with their own private labeling, so nothing exciting there. They did recently lower the prices on the VMS and started including their yearly upgrade program with their hardware, which did increase in price. I'll admit that I haven't really dug into the pricing too much yet, but I'm guess the lower VMS pricing probably offsets the higher hardware costs. Overall, they have always been very competitive on the pricing side.

With regard to features, I find them to be on par with most other VMS products. The main negative that I've heard is that software upgrades aren't included, compared to some other offerings. YMMV on that. For us, it hasn't been a major issue.

As one of the new Mfg. Reps for Salient, I would recommend you contact either your Mfg. Rep or your Regional Sales manager for a review of the new pricing. I think you'll find quite a few changes. With the latest release, Salient is offering 3 years of FREE software upgrades (Yearly Upgrade Plan) with the purchase of their servers. Also, while most of the lower end server prices did not change, some storage configurations changed to higher capacities which brought the $ per TB of storage cost down. Also Salient is using higher performance processors in their servers which ultimately allow more IP cameras per server thus lowering overall system costs. The higher performance servers such as Power Plus and Power Ultra saw significant price reductions in their higher capacity offerings. Overall, fairly significant price reductions across the board.

We have had problems with the CV and Samsung cameras dropping frames. Salient says its a Samsung issue. No problems with AXIS, Bosch, Arecont and Sony cameras. The Dynamic Resolution Scaling feature is an advantage when using wireless. Wish they had a more sophisticated playback / search tool for recorded video. One advantage is that the client display camera views can be designed by the user so supporting corridor view cameras is no problem.

Great string here thanks. Been doing limited testing w/CV for a few weeks and like it very much. My question is, have there been any reported issues with running it through AMAGs Symmetry. I'm more than a little concerned about having so many eggs in one basket and worried about bugs and conflicts.