Hi to you all.

I have read many IPVM posts and I'm not sure this fits in with a professional site like this, but I thought IPVM might have their fair share of learners and someone, somewhere might learn something from my mistakes.

First, some background: I run a small business in Spain which provides English language satellite TV systems to British expats. The TV market here is not what it was and for a long time I have been considering offering CCTV to my clients and am presently trying to learn about IP camera systems, but it's giving me heartache!

I didn't want to spend a lot on a camera because I just wanted to see if I could learn the processes involved in setting up an IP system and because it was just a research tool my reasoning was that if I didnt spend too much, I had less to lose if I decided IP CCTV was not for me. I have since learnt that although I wont be losing much in terms of cash, the amount of hours I have spent on this project is staggering, but I have to admit I am learning at a great rate, which is something. Better to learn at my house than a clients!

So I brought a cheap IP camera via ebay. The box says it's ONVIF compliant, but there is no brand name or model number. Initially, the software did not fully work and the supplier sent me a revised software package; I should add that ebay actually forced them into action because they were ignoring my complaints.

I can now view the camera over the LAN and WAN and both the day and night views are actually much better than I expected. The problem I have is that the server I am using, via the supplied software is in Chinese, which will not translate and therefore I am unable to 'get inside the camera' to carry out the necessary adjustments. I have tried Milestone Xprotect Go & Essential, plus a few other free or trial vcm software packages and none of them will 'find' the camera, even after I supply the camera IP address and port number, so I am unable to get on another server.

I acknowledge of course that this is my fault and it's happened because I got a cheap camera, but in my ignorance I did not realise it would cause me this many problems. I assumed the picture or build quality would be lacking, but I didnt expect the type of problem I have ended up with.

So, when you all stop laughing, can anbody suggest what I should do next? I'm expecting the top answer to be get a better camera, but if there are any other suggestions I would be grateful.

My first recommendation would be to post some screenshots of the camera's web interface and the VMS software - most Chinese cameras are probably going to be made by one of three or four different companies, and someone here will likely recognize the brand, which will make it easier to offer suggestions.

Hi Matt and many thanks for your interest.

Here are screenshots of the login and dashboard windows of the Chinese server I mentioned. I have also provided a picture of the camera. As I mentioned before, there are no clues either on the camera box or camera itself, except that it is OMVIF certified.

The image was not uploaded. Can you try uploading again? I believe you just tried to copy and paste the location from your desktop.

First, your research did teach you something - don't buy cameras with no brand name or model number. IP cameras are not that expensive. An entry level one from a real company is ~$100 USD. How much are you going to save by buying a no name one on ebay? Compare that to the value of your time.

Try to upload a screenshot of the camera interface, as Matt suggested, and we can take a look.

However, I started a new discussion to find suggestions on the lowest cost reliable IP camera for sale online.

Hi to you both,

Not sure how my last post appeared on here.  I aborted the attempt and logged off without posting...or so I thought.

Here are 2 screenshots of the server I am presently using.  Like I said before, I can only view the scene and am unable to adjust anything at all on the camera.

Thanks for agreeing with my findings John about cheap cameras.

I have again failed to upload my screenshots to this post. I have the screenshots as 'paint' files but am unable to transfer them using this sites add picture feature. Can anybody let me know the secret as to how to do it? Please.

I am not sure what's happening but can you just email them to me (john@ipvm.com) and I'll post it. Btw, this is what you should click to upload an image. 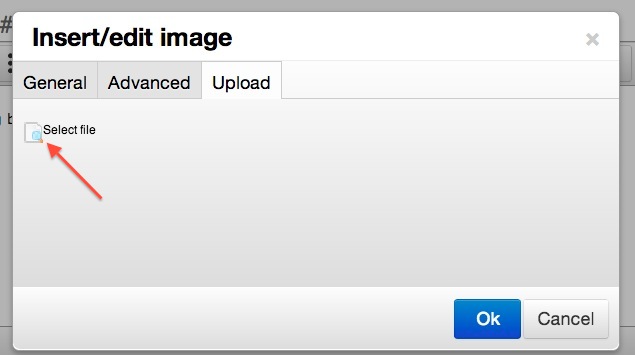 I'd highly recommend a browser extension called FireShot - fantastic for taking screenshots of browser windows, then editing and marking them up. Snaps can be saved to the local disk, or uploaded to a number of different image hosting services.

Many thanks John for starting the discussion on cheap cameras.

Ok, so I gave up with the screenshots and decided to photograph them instead. Here are pics of the camera itself, the login screen and dashboard screen of the server I am using, which I need to change. All I can do with this system is simply see the camera view. There is no way I can change frame rate or adjust recording or indeed anything at all...Nada!

As an aside, you will know I have had some problems uploading screenshots to this post. This has resulted in 2 replies, both by me which went without the screenshots attached; embarrasing, to be honest. Is there a facility to preview replies to posts?

Thanking you in anticipation for your help. 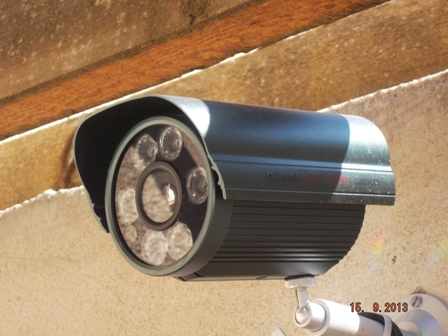 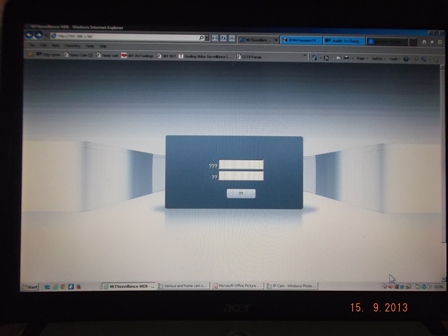 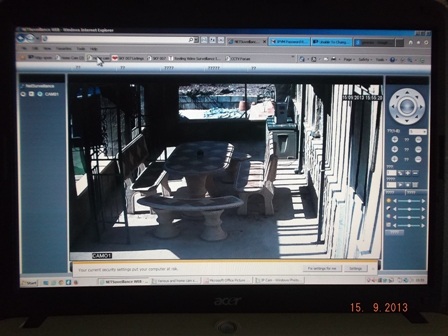