One of the weirdest presentations I've ever seen at a security event came from a Russian expert in ergonomics named Boris Povlotsky. Povlotsky has been an ergonomic consultant since the early 80s and has developed a set of formulas to measure correct screen height, desk height, keyboard distance, etc. for control centers and surveillance operators.

His main points were that better ergonomics could lead to increased productivity from control room operators. He initially claimed poor ergonomics decrease productivity 50 percent, but when I asked him to explain how he came to that number he dropped it to 10-15 percent, then later said it wasn't really measurable at all.

The weirdest part of the presentation came when he connected U.S. intelligence failures to poor ergonomics. After seeing a History Channel documentary on the 9/11 Commission Report he says a scene showed just how poor the ergonomics were among FBI analysts translating intercepted documents. "This is one of the causes of FBI translations backlog," one of his slides said.

This one calls bad ergonomics and invisible cause of catastrophe missed by the 9/11 Commission Report. 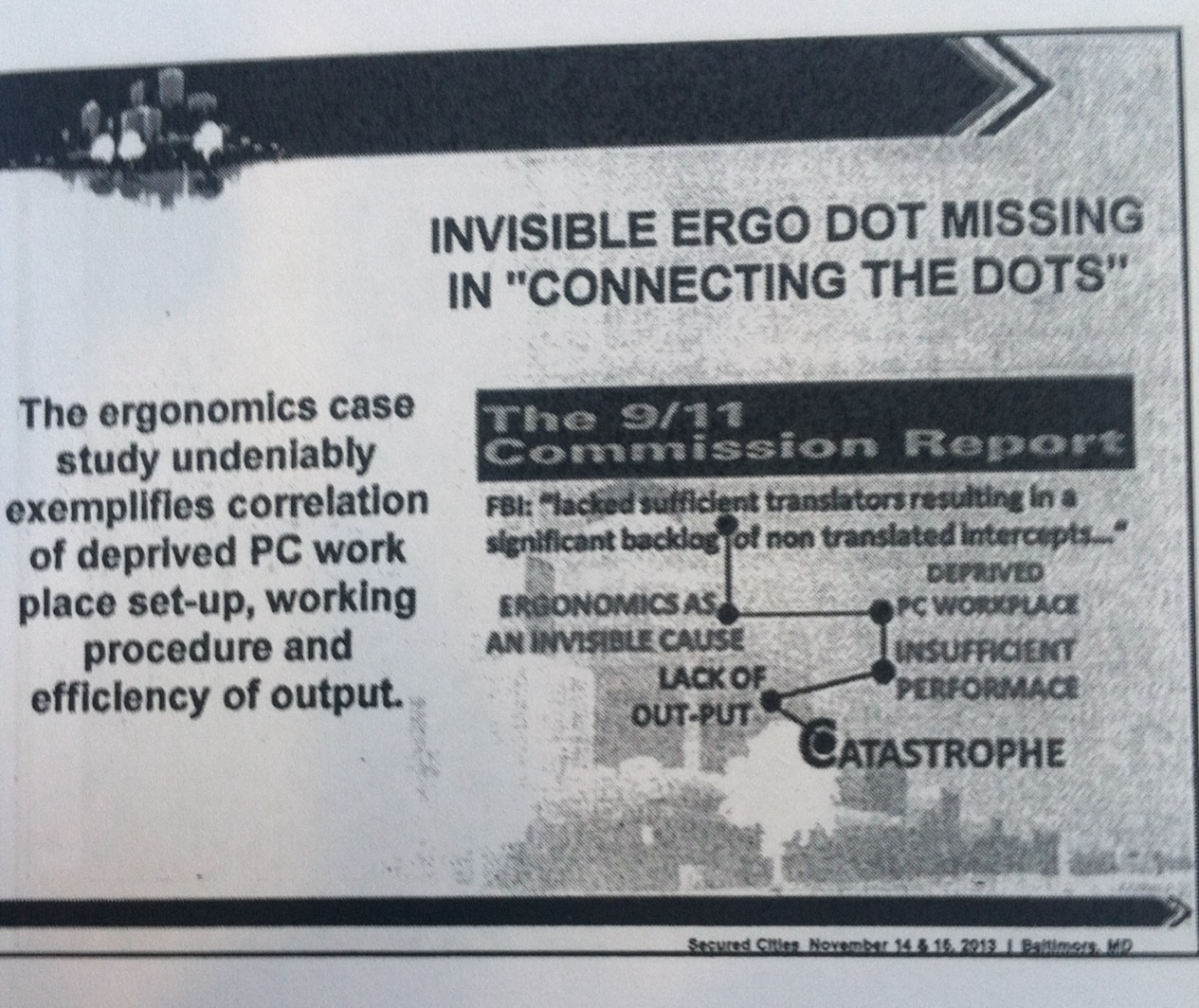 This slide was the "smoking gun" that showed the bad posture of an FBI translator. 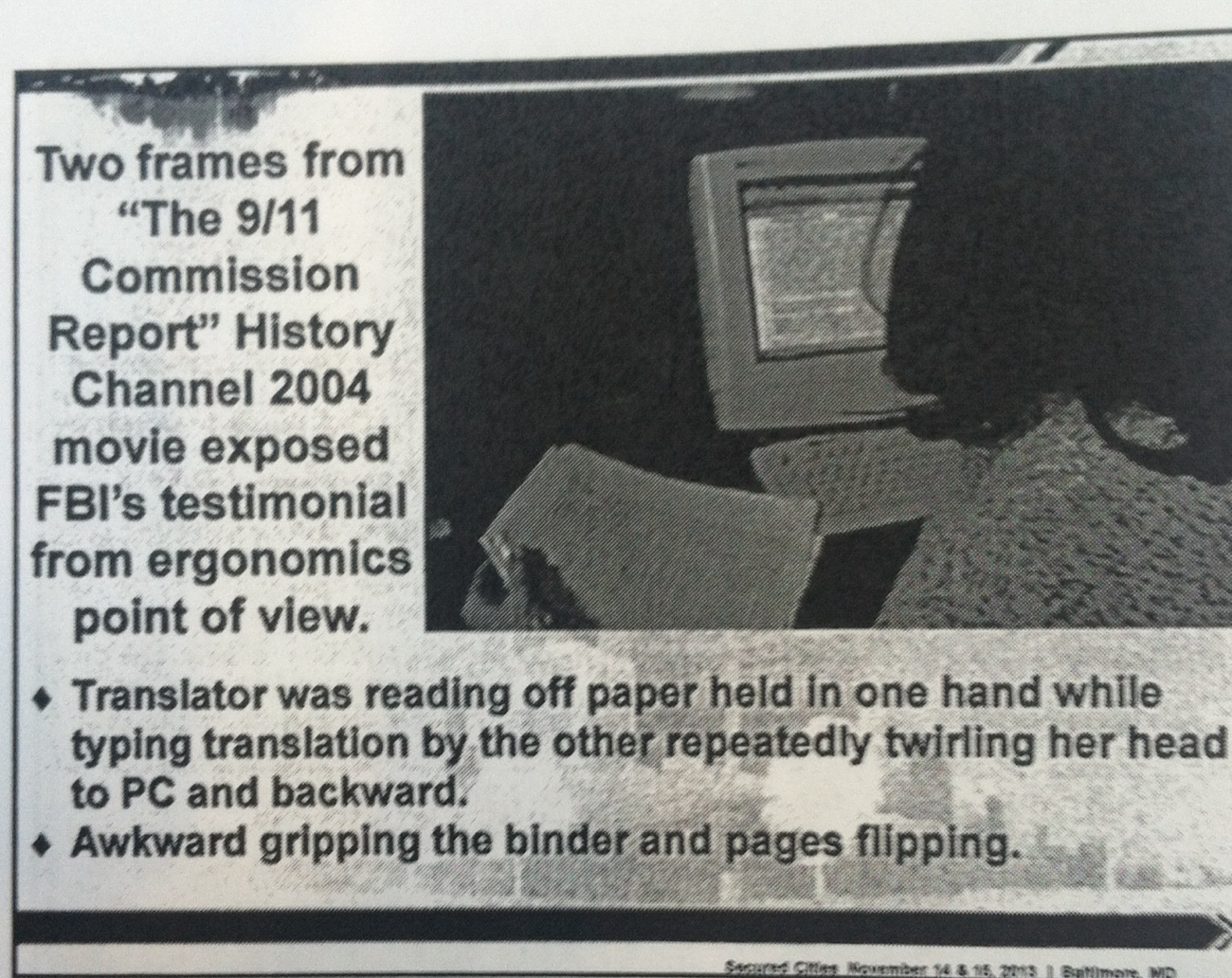 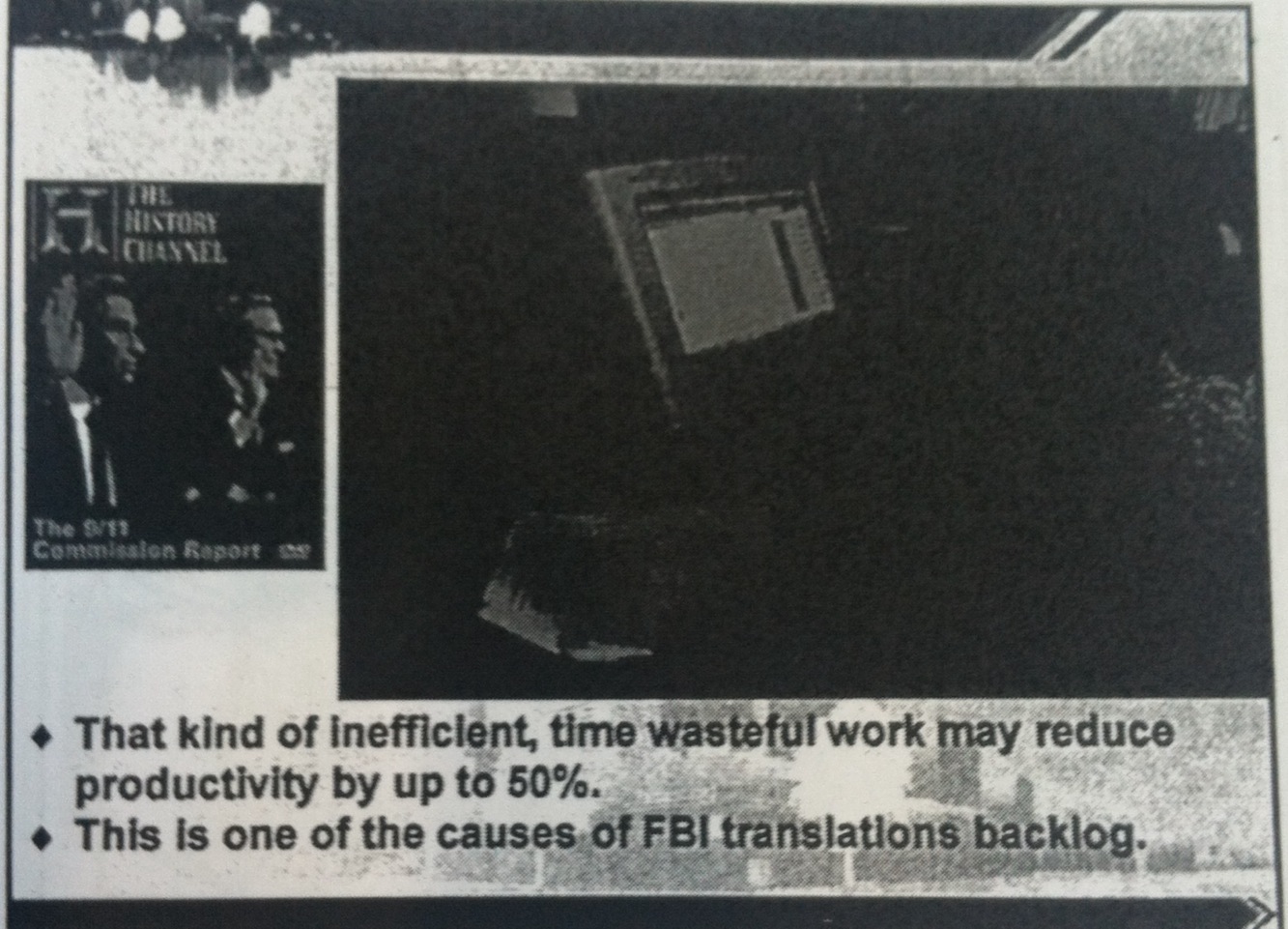 He did have some suggestions, like operators should take a break every hour or a 20 minute break for every two hours. But those are common knowledge. When asked to cite a studies on operator fatigue that he's referenced over the years he said there were too many to name.

If you're trying to host a serious security event, you'd be best to steer clear of presenters like this.

During my college education, Industrial Engineering placed a huge emphasis on ergonomics, primarily for the sake of minimizing the risk of repetitive motion injuries. If you're sitting at a bench assembling widgets all day, ergonomics is an important part of job/worker safety design.

If the premise was: "Good workplace design could improve efficiency" then it would be valid, with healthy casestudies behind it as support.

Rather, saying "Poor ergonomics caused inefficiency" is not defendable at all.