You think it's a money issue or a ideological one or?

As far as Axis the camera manufacturer (as opposed to the end-to-end solution provider) goes, it doesn't make a lot of sense to me.

Assumedly, the reason to do it would be to make money by directly selling a lot of them.  But since the AHD intellectual property holders need to be cut in on every sale, you are just making them stronger the more you sell.

And you are making it that much easier for someone to not buy 16 Axis cameras and instead only buy a 16 port blade, leaving  lots of money on the table.

On the other hand, should Genetec et. al. make an encoder?

Absolutely, since they don't make cameras and every sale facilitates a further VMS sale, not works against it.

And you are making it that much easier for someone to not buy 16 Axis cameras and instead only buy a 16 port blade, leaving lots of money on the table.

That presumes those people would buy 16 Axis cameras instead of 16 HD analog ones, which is a debatable point.

The other way to look at it is that is money that goes to Axis that otherwise would go to Hik / Dahua / Hanwha, etc.

That said, I do agree with you a broader level. That was my point about legitimizing HD analog. If Axis released HD analog encoders it would validate HD analog to many mid to large scale users which so far are reluctant to go with a 'Chinese' promoted technology. It would also undermine Axis more general philosophy that IP is the one and only way.

I also agree with you about the VMS / NVR manufacturers. Of the E / G / M trio, I think Genetec makes the least sense to do HD analog since the skew so large scale. But I think it would be a great move for Exacq and Milestone as it would expand their pie of the revenue and help them compete against Hikua recorders as they could match direct HD analog support but with their broader functionality VMS.

There is NO WAY that Axis can match Dahua/Hikvision/AHD manufacturers on price, so why bother? A Dahua 16CH XVR, which supports all 3, can be had for under $250. The overhead and marketing costs for Axis have got to exceed that. There is nothing to gain for them to admit that analog isn't dead. They are better off with their heads fully entrenched in the sand. Maybe they can convince some whales to toss out their existing coax wire plant. A few of those offset the minimal, if any, gains that HDA encoders might garner.

There is NO WAY that Axis can match Dahua/Hikvision/AHD manufacturers on price, so why bother?

You're wrong that matching price is a requirement for bothering. Or maybe what you are saying is that Axis should simply shut down since they cannot match the price of Dahua / Hikvision on anything.

The reality is simple. Lots of people don't trust Dahua and Hikvision. I know not you, but there are many mid to large scale integrators and users who value their coax in place and are willing to pay a premium for a brand / reputation / track record of Axis.

A Dahua 16CH XVR, which supports all 3, can be had for under $250. The overhead and marketing costs for Axis have got to exceed that.

That's because Axis aims to cover its overhead and marketing costs. Our friends at Dahua USA, that is not a concern....

I would love to see an HD analog encoder from Avigilon too.

Because they are a gateway drug to ACC ;)

NO NO NO They should never ever make them. For what purpose? They think all is IP and HD does no even exist in their limited world. So lets they hope they never make this product so they will be further out of touch with the industry....

They made SD encoders. We used them on a project and they worked very well and continue to work as the SD cameras are slowly replaced with IP. I thought the build quality of the encoders was excellent. Yes, you pay a higher price for Axis, but there is a build quality difference when comparing Axis encoders to Dahua/Hik encoders/recorders. I believe there is a market if Axis made the product.

On the other hand, you could also use an EoC on the existing coax and use an IP camera. The Everfocus Paluns seem to work fairly well for being so inexpensive.

This is an interesting topic but I highly doubt they will release such a product. They could just add the HD support to existing encoders and call it a day.

They could just add the HD support to existing encoders and call it a day.

Just to clarify for others that would mean different hardware components and new models for Axis. That was what #1 was referring to when he mentioned Techpoint, etc above. They would also probably have to validate / ensure support to AHD, CVI, TVI, which works now but is still new and does not work with all original HD analog cameras.

This is an interesting challenge for Axis.  Axis makes their own ARTPEC chips which allowed them to do a lot of unique interesting things that other brands purchasing third party off the shelf components could not do easily.  I think this is why each time one manufacturer comes out with a novel feature it is almost instantly mirrored by many others.  On the low end of the market there is mammoth disruption occurring due to HD Analog and I believe it will eventually become ubiquitous in residential sites and absorb a large portion of SMB.

What if Axis were to come up with a competitor to CVI/TVI/AHD?  They could call it something else entirely and not validate CVI/TVI/AHD at the same time.  Would they be too late to the game or could they use their significant brand respect to disrupt the playing field?

Why develop new stuff for old technology? I really don't get it, I see the votes are higher for "Yes, Axis should", but I can't just get why?

Please explain for me, and come with something w/o "many customers has analogue cams".

What makes it old technology?

The word Analog?  Its lifetime might be arguably short, but it is a new transmission scheme.

Related: The Real Inventor Of HD-CVI And HD-TVI?

I mean the old type of transmission media, using coax instead of Twisted Pair and/or Fibre Optic.

You certainly can use twisted pair with HDA

Thx, Then I guess you can use fibre optic as well, right?

I'm unsure if the SD fiber baluns will work with HDA or not. I know that normal SD twisted pair baluns have worked. 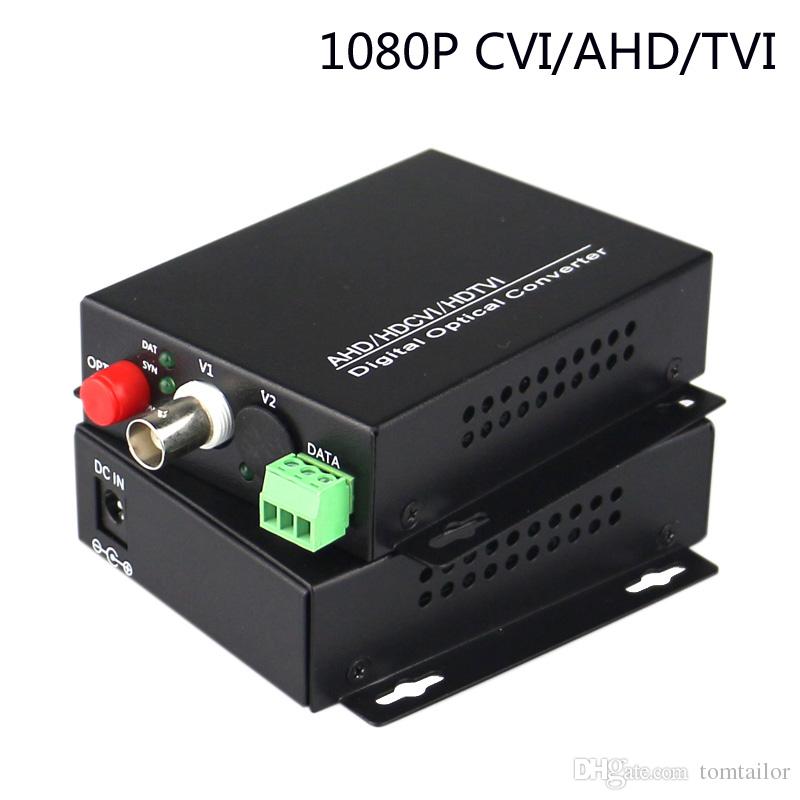 Jon stated he wasn't sure if SD fiber converters would work. These are for CVI/AHD/TVI so these obviously work. However, if you are to spend money on these, why not just go to IP? There is an existing install with IFS VR1101M and similar used with analog cameras. I asked the question to Interlogix regarding if they would work with HD analog and their response was:

"The new analog HD technology is not compatible with traditional analog devices such as fiber transmission modules or distribution amplifiers."

If the existing technology installed at a site doesn't work with HD analog without major equipment changes, I would just switch to IP. If the site simply has long coax only runs, then depending on the situation, I would lean towards HD analog. It depends a lot on the situation and the customer though.

These devices seem interesting and I'm interested to see who has used them with great success with HD analog.

I would be reluctant to rely on such a device for a big client. I surely would test the crap out of it before even thinking about using this device. The other issue is it says 1080p, which HDA had quickly surpassed.