Does anyone know if Scallop Imaging is still developing new products or are they just selling their existing product lines?

~2 years ago Scallop was acquired by Vision Technologies / Blackhawk.

However, this January (2017), Scallop filed a lawsuit against them for breach of agreements / failure to pay.

Net/net, looks troubling. I emailed a contact at Scallop to see if they can offer any comment on their general company status.

They were sold off to some small company called Blackhawk Imaging. I just tried calling the phone number listed and it said the number was not currently set up.

And I have not heard anything from Scallop or about Scallop products in the past 2 years since this discussion, so I don't think there is much left now.

Not sure if anyone is still following this thread..? Posting as 'undisclosed.' I purchased the assets (hardware/software) when the county took possession in 2018. These guys were light years ahead of the curve when it came to dev boards, and ioT. These guys had basically invented a raspberry pi in 2010. The plans they had were amazing. They had conceptual products that I took out to the engineering team in Southern NV for the Hyperloop test track that got them really excited.

I have their housings/hardware/firmware...I'm looking to throw out their old PCB boards and use an open source dev board like Pi or Arduino and repurpose them to become more open platform. Think most the patents are expired on the software at this point (like stitching images and low light enhancements). May end up throwing those up on Github unless someone has a better idea?

Tested them in 2015! Exploring multi sensory camera with Herta software in the good old days.

Based on committed business trust! Shipped actual production samples to us halfway around the globe for us to trial.

I think embedding latest gen of SOC board with new modern sensors will kick ass. I just got some crazy ideas. Let me know if I can get my hand on a hollowout camera body...

Got Plenty. I'll send you a PM. Also have a lot of the molds although 3D printing the housings in the future could be a viable option.

So if I'm an undisclosed MFR and so are you, how can I get a PM from you without blowing my cover about which MFR is interested in your stuff? :)

IPVM, any chance you could give UM3 my ID without me needing to post it here? 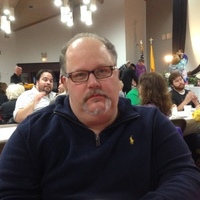 Hey we recently acquired a new customer that has several of the D7-180, we are upgrading their NVMS system from Salient to Exacq and I am looking for a firmware update and setup tool, as I believe we need to renew the setup now that we are upgrading the customer. Also the customer would like to purchase so additional cameras to enhance their coverage in their lobby. Can you assist with any of this? 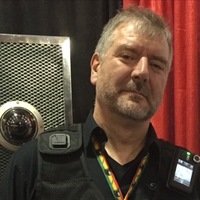 As one time manufacturers rep for Scallop Imaging, I probably still have original setup files and drivers. Private message me if interested

I'll reach out to you on a PM. I have everything you need.

Can you confirm you were able to get the files I sent via Dropbox?

Yes I was able to get the files as well as some additional files from other sources. I was also able to get the camera configured and back online with the new ExacqVision NVR. Thank you again for your help and have a great weekend.

I also have firmware, setup files and docs for the D7, including the SLSETUP utility. Let me know if needed.

I am trying to get a D7 configured Could you also send me the setup files docs and the SLSETUP utility?

Hi Robert, your name doesn't hyperlink to anything, can you give me your email address or the URL of your LinkedIn account?

I am trying to get a D7 configured Could you also send me the setup files docs and the SLSETUP utility?

See my previous comment - I need an email address or some way to get you the files.