Sadly, I Think Banning Dahua/Hikvision To Get The PRC To Stop The Incarceration Of Uyghurs Is A Fool's Errand

Warning: I recently switched from de-caffeinated beverages, and I guess it shows.

As a coder it's pretty weird to see a base class called "MyStructure" - it's the kind of name you might use if you're just doing random stuff for fun. It suggests to me that not a lot of thought went into the naming of things in this SDK.

That said, I want to point out that what we're looking at are NOT functions, they're just a bunch of definition of identifiers that can be used in functions, and the twitter posts are not actually showing the functions that supposedly use/return these values.

It's not uncommon to add these sorts of things to SDK/APIs even before the capability is there (Apple fanboys enthusiasts often dig through the iOS SDKs to look for hints on future devices and capabilities). So, while I agree that this whole thing is ethically corrupt, I think it worth mentioning that we're looking at intent, and perverse as it is, it is not evidence of actual capability.

But does it really matter if Dahua or HikVision actually has this capability?

There's no question that building a robust classifier that can detect Uyghurs with good accuracy is - sick as it is - good marketing. There are plenty of people who are salivating at the idea of such a thing. Obviously not to detect Uyghurs, but maybe detect other kinds of people that you don't like (but obviously justified). Even if you have no intent to track any ethnic minority, you might walk away with the conclusion that these companies have magical and superior technology compared to their peers.

Dahua and the PRC clearly has an interest in having people believe they have this capability. Lots of people think they do, and often they'll point to a propaganda piece on YouTube that shows how China can detect if someone is slightly constipated from a 32x40px ROI. Shortly thereafter, YouTube with all their Google intelligence and accurate knowledge of my unsavory internet activity will suggest that I watch a 5 y/o review of some laptop I bought a long time ago.

What scares me is that a lot of people think that these systems are super accurate. Yes, it's surprising and fun when my Anki robot says "Hi Morten". It's fun that we can have algorithms that can recognize a bike, a car and a bag, but when you run these things, you'll see that quite often they fail and make mistakes a human never would. People tend to develop a blindness to the errors, and instead they make excuses "the sun was blinding the camera", "it was foggy", and instead latch on to the magical moments when it did work.

When the general perception is that tech is neutral, objective and accurate (it is neither), people may start to think that if the computer says you did it, then you did it. What possible motive could a computer have to lie? Despots usually love this sort of thing.

Sadly, I think banning Dahua/HikVision is to get PRC to stop the incarceration of Uyghurs, is a fools errand. If the campaign is successful, and Dahua and HikVision goes bankrupt, then four new companies will pop up like the heads of Medusa. If we ban all trade with China, then chances are the iron grip will just tighten as everyday citizens are hurt by the boycott - ultimately leading to more suffering.

As a professed misanthrope with no faith in humanity, its really hard for me to see a solution to this. Let's speak up when we see injustice, but you kinda get numb after a while. The media seems to be a constant barrage of things I should be upset about, so apathy has set in a looooong time ago. And then people don't buy Dahua, but instead order a ton of cheap Chinese junk from Bezos' mail-order company.

I'd like to see us waking up to the new reality of commerce. You can get all the parts needed to build a capable IP camera in China by just walking around Shenzhen, as a private person. This ability to create products with little friction is simply amazing. Contrast to the west where you have to go through NDAs, negotiations, people who won't talk to you because you're not ordering 20.000 units etc. That - combined with the "money for nothing" mentality that is being praised in the west will be our undoing. 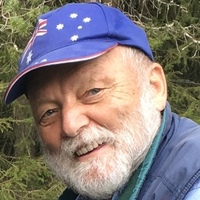 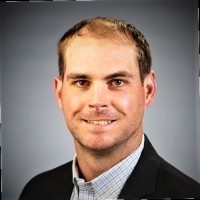