A customer has a need for 2 or 3 cameras monitoring farm entrances.

They are remote locations, at least one of them without cell phone coverage.

He wants to be notified, via a monitoring station or via cell phone app, that a vehicle has entered the property.

Obviously there are a number of options in suburbia - AVTechs push video has worked well for us in the past, but the 3 challenges are lack of power, lack of cellphone communications, and the need for something covert (it will be damaged\stolen if overt - very remote!)

Any ideas from anyone that has required a similar solution in the past.

Is a satellite modem an option.

Customer doesn't want to be able to view live video, just be notified with an image if anyone enters.

First priority is confirmation of vehicle entering. Beams wont work as there are a number of animals which may cause false alarms.

Any ideas or help?

For the locations with cell service, Reconyx cameras may be a solution. They can be set up covertly and will send an image upon detection via e-mail or text message. Although it might not be able to distinguish between a large animal and a vehicle. But it should be apparent from the picture.

The location without cell service might be a problem. Is there any internet access nearby? If so, perhaps BuckeyeCam 900MHz transmission to an internet connection might work.

This can be done as long as the camera supports email notifications. You would get satellite internet for example Wild Blue. Wild Blue gives you the option for port forwarding if you want the option to do an occasional live monitoring to confirm what the snapshot in the email was sent. Once the motion has set off in the camera the camera will have the option to send a text alert or a snapshot of the triggered event through email or text messages. Most cameras wont have the option to do text messages directly but most cell service providers will have an email to text option. Having the email translate to sms is a faster way to receive notifications.

Yeah, my first thoughts are something like VideoIQ cameras and a satellite Internet provider. As long as it's not live monitoring as you said. One, most satellite systems are very slow. Two, I know of one that has a monthly data transfer limit. If you go over the limit, they knock you down to modem (56kbps) speed.

For power, solar maybe with a backup generator....?

Like others have stated you can probably find a covert camera to do the trick. The problem I see is finding covert wireless/satellite internet hardware. Would be a dead giveaway to anyone with half a brain...though a lot of criminals do not have that much! 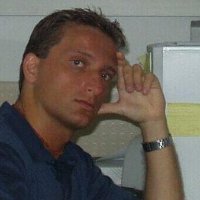 If you want to filter better the false alarms you need real strong analytics, not the usual motion detection based stuff claiming miracles and then generating continuous alerts in outdoor.... So I may suggest to you to use an Axis camera with TechnoAware's video analysis module VTrack-Intrusion-Edge. A thermal Q1921-10mm if there are not problems of budget, or an optical Q1602. With Q1602 you don't need IR illuminator if anyway a little little of light there is (a little more than just stars and moon...;)..), otherwise better a P1354 with separated IR illuminator.

And from Axis camera, the Technoaware's edge module charged inside can activate the Axis' output mode to send a screenshot of the alert through network, by for example a modem/router 3G with a SIM inside. Or satellite of course if there is not 3G field..

Let me know if this could suite and if so I can support you with this.

Video analytics (+ thermal) seems absurd for a farm unless this is some sort of mega industrial farm with high security.

Simone, you need to disclose your affiliation when recommending your own offering.

John, I am very sorry: of course I did not mean at all to "hide" myself, on the contrary I was given for obvious my affiliation by disclosing my name and surname and link..:) But of course next time I will be more evident.

Anyway, infact in my suggestion I wrote "if there are not problems of budget", having not understood well if this could be a "simple" farm or a industrial complex where a certain investment is wirthy. In Italy for example we have a couple of projects with very big ones where this was accepted. Otherwise of course I 100% agree, thermal has no sense..

By the way, I should warn anyway that big animals/vehicles recognition may be challenging even with "stronger" video analysis if the size are similar.

We (VideoIQ) do lots of these applications.

For this, you might want to use a small/discreet camera connected to our single-channel encoder, or 4-channel Rialto (depending on how many cameras you'll actually end up using). The system can differentiate people from vehicles from other motion, so you can get more precise alerts.

Satellite bandwidth is an option, but the dish would be a giveaway. My first suggestion would be to try cellular broadband with a high-gain directional antenna, pointed towards the closest tower. Some of our dealers have had really good success that way.

Another option is a pair of Ubiquiti radios, to backhaul the link to an area where you can get a good broadband, or cellular, signal. You'll need line-of-sight, but distance generally won't be an issue.

The above described stuff will also run nicely on solar if power is an option, but again you'll have problems with equipment being obvious and prone to vandalism.

Is the ground very rocky? Your best option might be to rent a ditch witch and just bury some outdoor-rated Cat5 cable. Double up a couple of pairs for power, and use an Ethernet distance extender. Exact viability of this would depend on power draw, or maybe trench in a Cat5 and a 14/2 or something. It might not last forever, but the cost of re-doing the cable every 8 years might not be impractical.

You don't mention the actual distances but it may be possible to link the sites with wireless (wi-fi or better) with directional anntennae and link one site to the Internet with 3G or 4G (serveral people have discussed this in more detail).

A buried loop is one way to detect vehicles that is completely hidden and very reliable - assuming fences funnel vehicles to driveways or roads.

Videofied? With directional yogi (weak cell signal). Burying a vehicle detector would eliminate the false alarms. The camera and sensor would probably run for awhile on a gel cel (replace occasionally). Could probably conceal in a bird house. Replace the battery every couple of weeks or months. I do not see a way to make solar covert. Bury the battery in below ground box.