PTZ On A Mac

A customer needs a PTZ camera with PoE to view, control, and record over a Mac. What is their best option if they do not want to run Parallels or VMWare? The customer told me that they tried SecuritySpy, and they could not get PTZ telemetry control on their existing PTZ (they did not mention which PTZ it is). 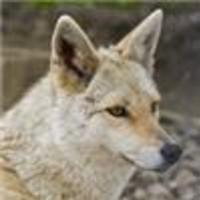 Ari, I'm assuming they do not want to use Bootcamp and prefer to specifically work from the Mac OS? My main computer is a MacPro and run a Bootcamp partition for anything that is Windows only. I am new to security technology however later in the year after getting a better understanding, I plan to test Bootcamp with surveillance cams.

Having a Mac, I want to jump into things right away and do a little testing. I plan to get Security Spy very soon and test. It seems some cameras work a lot better than others and now researching what would be a good camera to meet my needs. Did you see the recommended supported camera list and look at Bensoftware forums? I was considering a few high MP ACTi cams, but read in the forums that several of the ACTi E series cams had compatability problems. One problem is ACTi H.264 encoding didn't work with quicktime on thier Mac and as a result only used JPEG encoding. Even though the cam fit the Security Spys ONVIF compliant requirement, some (possibly PTZ only E series) had some glitches. Company support on the forum appears to be good for the posts I saw. I'm going to do a bit more research into cams and narrow down several to consider.

Also important to consider when using this software is number of cameras needed and computer processor. They have a nice System Requirement Calculator on the site. I'm using a beefed up (although single, quad core, processor) 2009 Mac Pro tower. Dual processor Pre 2014 Mac Pros are now very affordable. These could make a nice platform for anyone looking at using Security Spy.

Nice to hear about Dcomplex and Xeoma...and will check those out as well.

DComplex and Xeoma both support recording on a MAC. They both say they support PTZs but I have no idea how well or with which PTZs.