The biggest crime trial in Hawaii for years is in progress now. An off duty federal agent shot a local man in McDonald's. It taps into two of the biggest tensions / issues / prejudices locally - that white people are jerks who abuse locals, and that locals are drugged out punks.

The shooting happened more than a year and a half ago. While the police disclosed that surveillance video captured the incident then, it has taken until now for it to be released.

Unfortunately, as a local site notes, the "video is of such poor quality that it does little to help jurors see what really happened." 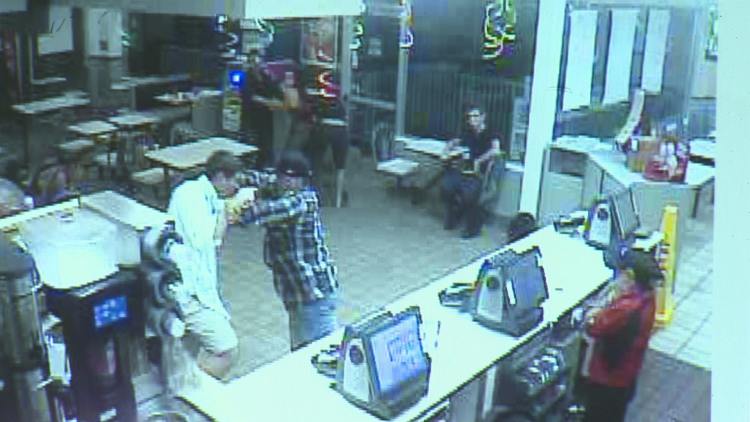 And here's another camera from the other side of the store: 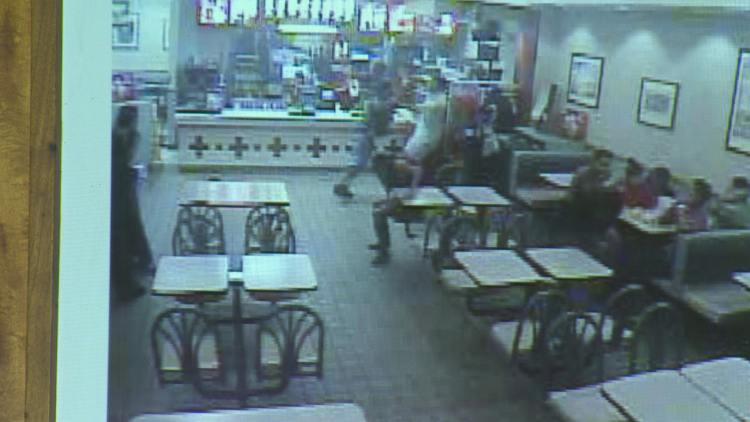 And here's the full video shown in court:

It's difficult. The lack of details, the slow frame rates, the jumpiness of the video, etc. Indeed, this is a case where audio would be crucial as a key contention was what the off duty officer said (i.e., was he the aggressor or was he trying to defuse the situation, etc.).

And for McDonald's, what can they really do? They are not at fault here. And murders like this rarely happen, so it is harder to justify improved surveillance for such cases.

I think market leaders like Mcdonals, KFC, etc should always have a state of the art surveillance system.

This could be anouther value added service for their visitors.

Presumably, this surveillance system was designed to capture details of a 'stick-up' robbery, where faces are directly in front of the registers, and in the case of the second camera - I'm assuming near the entrance closest to the 'getaway' road - seeing suspects as they flee.

The complaints that this store's video surveillance was insufficient to aid a capital murder case between lobby patrons is like complaining that your spear wasn't sharp enough to stop a tank... it simply was not intended to be used in the way it is now. McD's took the most likely risk and designed around that. I'm sure the occurrence of fistfights/gunfights between lobby patrons is low enough this particular restaurant didn't think to address with video surveillance.

The obvious problem of jerky framerate should be resolved no matter the intended purpose (probably done to increase storage capacity), but camera coverage is probably satisfactory for the role it was intended for.

"I think market leaders like Mcdonals, KFC, etc should always have a state of the art surveillance system. "

Sure, from OUR industry perspective that makes sense.

Should they also have a state of the art POS system? Restroom equipment? Barcalounger chairs in the eating area?

If you think of all the fast food outlets and the relatively low occurance of things like this, it would be hard for McDonalds to justify a "state of the art" cctv system in every store, prsuming of course that they would also upgrade every system every ~2 years to stay current with "state of the art".

Dont know about in the USA but in Canada like most franchises they are not always corporate owned and do not have to follow any guidlines for CCTV. It is entirley up to individual franchise owner to pick a CCTV system and installer. The result is usually what you are seeing in the images. Lucky it was even working at all.

Mark, thanks for noting that.

I have seen similar pattern with US franchisees. However, some do have a list of approved products or preferred ones.

And for McDonald's, what can they really do? They are not at fault here. And murders like this rarely happen, so it is harder to justify improved surveillance for such cases.

Thats an interesting thought... we don't have the background on that particular McDonalds or the neighborhood so we can't make any assumptions about the number of "incidents" that occur here. So it's hard to make a determination whether or not McDonalds was at fault.

Consider this, does McDonalds have a duty to protect it's patrons if they encounter aggressive customers on a regular basis. Or, was this particular incident random and not typical in this neighborhood. And even more so, where was the response on behalf of McDonalds staff to notify the police? I didn't really take notice as I was intent on the two individuals.

Personally I would throw the video out. It can lead to bad assumptions on the part of the jurors as to what actually occurred because they're looking at something that is not clear. And in doing so, they risk making the wrong assumptions.

I suspect that McDonalds may have thought putting cameras up, even very poor quality such as shown, would act as a deterrent.

This awful transgender beating also happened at a mcdonalds:

I think we can all agree that these beatings/incidents/fights are not as rare as we would like to think. Don't believe me? Go to youtube and search "mcdonalds fight" and tell me how many different videos of different fights come up . When you consider that in low income and high crime areas (baltimore, detroit, any inner city area) the low price of mcdonalds is attractive, its really not surprising to me that they have a lot of incidents.

To piggyback what Xishan said I think McDonald's (not just McDonalds either this goes for burger king or any of the other fast food giants) at a corporate level should strongly consider adopting higher quality surveillance standards. They have had lots of problems at their various franchise locations and it would be nice to see them take action.

Then again, cell phone video is always involved in these fight videos so maybe upper management knows that and thinks it would be a waste. I personally would not want to stick around and take a video if a fight escalated but surprisingly many people do.

There are more than 34,000 McDonald's locations worldwide. The number of crimes has to be compared to the number of locations.

Here's Slate making the case for significant violent crimes at fast food restaurants. A few facts and claims from it:

Sure, they have crime but is it regular enough to justify significantly more effort. And, what specifically would you like them to do? 29MP cameras? Armed security guards? Man traps?

For whatever reason, the phrase 'McDonalds beatings' made me LOL.

-Ahh, one more reason, other than my diet, to avoid McDonalds and their circa y2k RapidEye DVRs.