Motion Blur - When Is It Acceptable?

We've been discussing low light performance in class lately and different ways to obtain a usable image in low light conditions. The cameras gain can be increased but the resulting noise may result in a low quality image. Decreasing shutter speed can be extremely effective in obtaining a low noise image but it comes at the cost of motion blur. Below are two images taken just a few minutes apart. The first was taken with a relatively quick shutter speed, the second with an extremely long 30 second shutter speed. You'll notice that the second image is very sharp considering how long the shutter is open. This is because there is no motion in the scene (except for cars and fireflys). [comments continues after pictures] 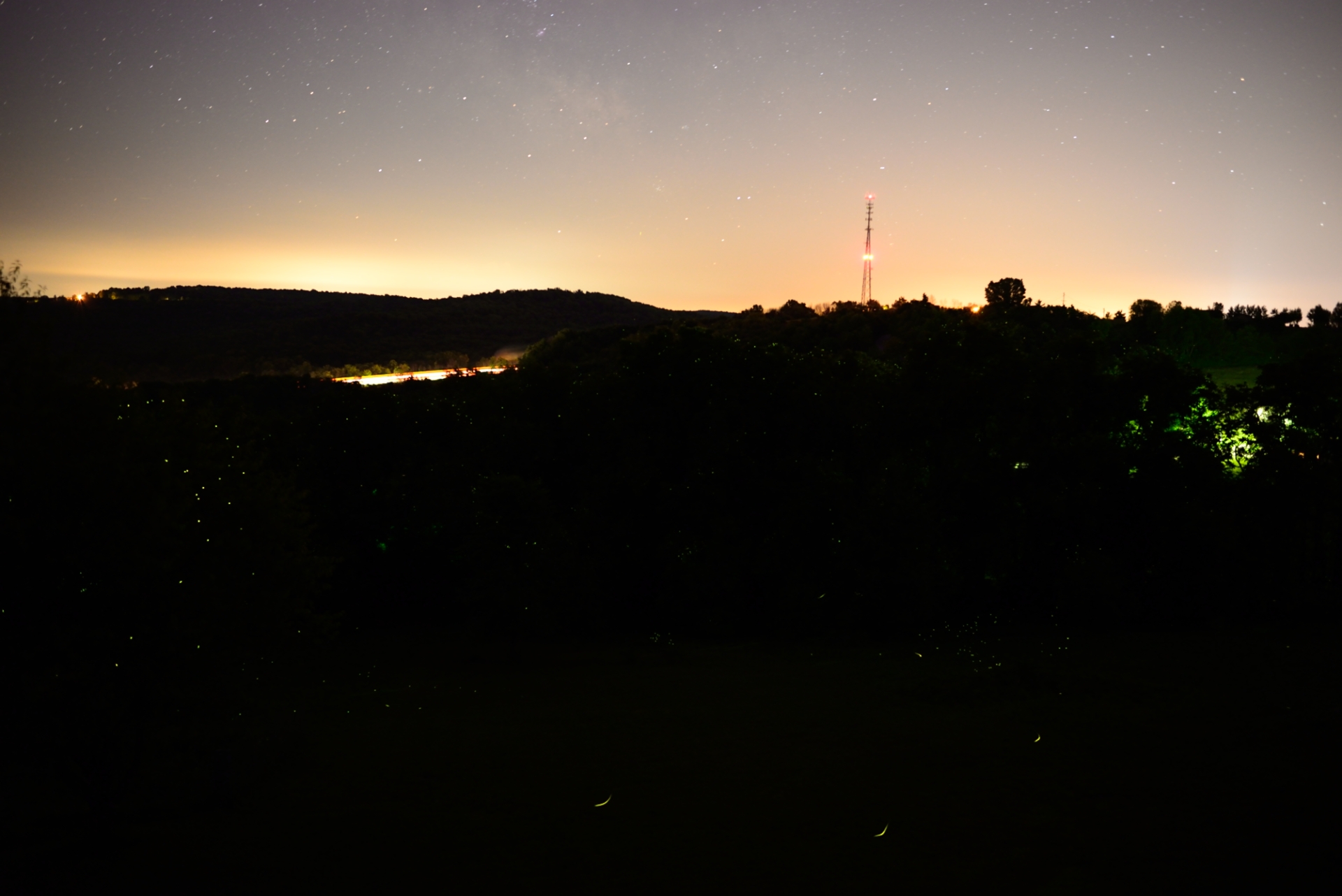 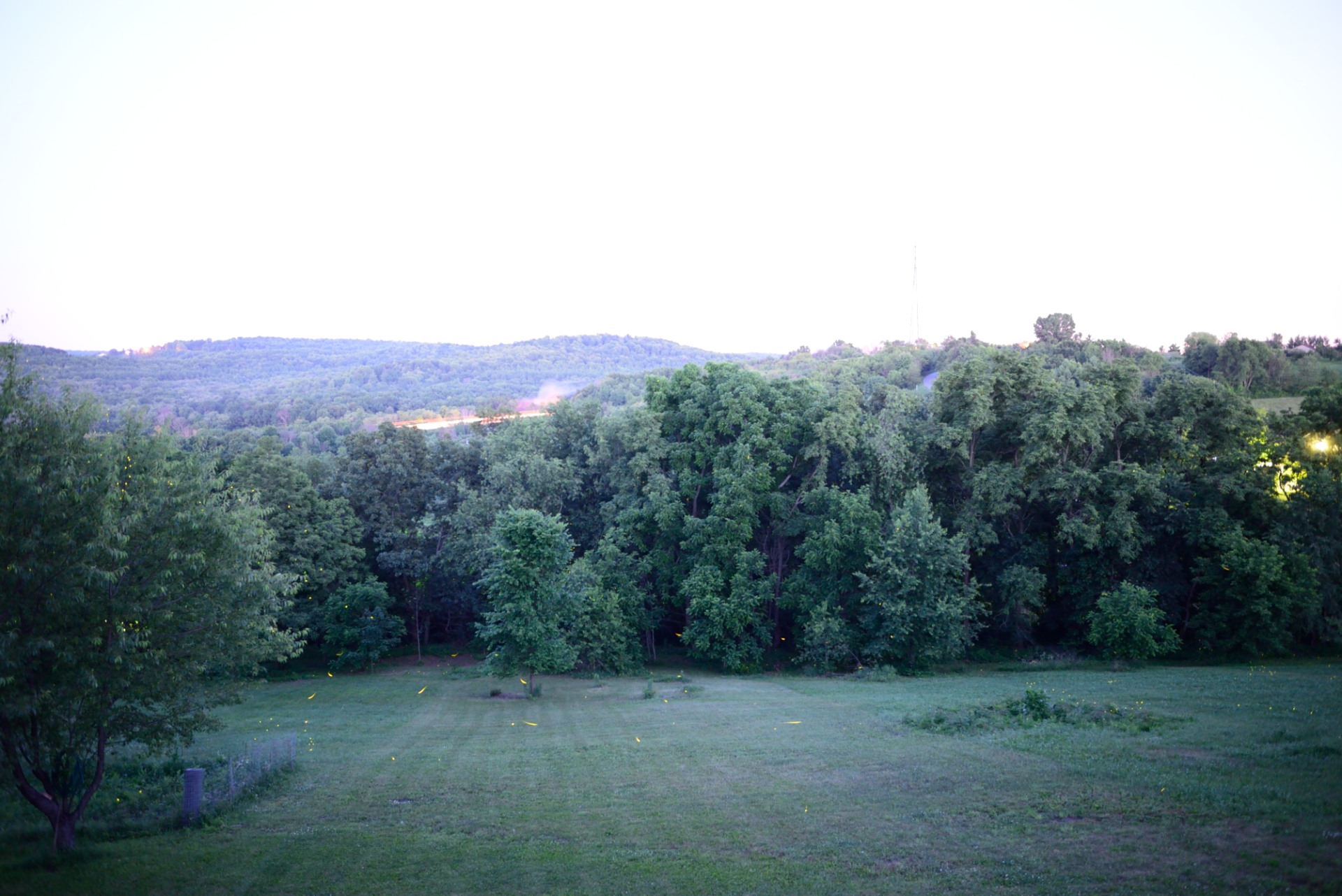 I wanted to share the second picture to emphasize that with a long shutter speed you will still have a sharp image everywhere in the picture EXCEPT where there is motion.

Is there an application for low noise/sharp image but blurred motion in surveillance?

I say yes in some instances. In the above example, if a person were trespassing I would not be able to see that person in the first image. In the second image I would only be able to see a fuzzy object (maybe a person, maybe an animal) but I would know something is there and i need to investigate. If i were using motion detection video analytics using camera shutter speed in the first picture, nothing would trigger an alarm unless the moving object had its own light source. Using the shutter speed of the second picture, the analytics would alarm on the motion even though the object moving would be just a blur. The analytics don't care how 'sharp' the moving object is, it just care if the pixels change or not from frame to frame.

Alternatively, using a high gain level in lieu of long shutter speed may create so much noise the the analytics software would not be able to analyze the image or would give continuous false alarms. (John, let me know if i'm wrong about this)

Does anyone else sees an application for a "sharp everywhere except the motion" image in surveillance? I image it would be limited to intrusion detection and appear/disappear and i'm curious if anyone has successfully implemented using this approach. (Surely there are better options if you have the budget, IR or thermal imaging would do the trick, but perhaps an owner has a limited budget or it's an existing system they are trying to get the most out of.)

Doug, great question. Nice images. I've moved it from the class to the main discussion so everyone can participate.

There may be a slow shutter / motion blur that makes sense but it's not 30 seconds :)

Within 30 seconds, an average adult can run 400 feet no problem. As such you are going to wind up with a long streak that no analytics will detect on because the phenomenon does not look like a human.

We've talked to analytic manufacturers about this, and they strongly recommend against slow shutters because it's hard to reliably detect blurs.

That said, if you just want to document activity or see if something is still there (e.g., is the building still standing), a 1 or 2 second slow shutter might work.

I am curious who is using slow shutter (by design, not accidently :) and what examples they might offer?

I agree that 30s is way to long for any practical use. I just wanted to use that image to show that no matter how long the shutter is, it is possible to have a sharp image. (the way some people talk about slow shutter speeds implies that the entire image is unusable and wasted). I watched the Thermal vs Day Night shootout that Ethan pointed me to. There was a good example there of a 1/2s shutter speed that made a nighttime sceen look like daylight and little enough motion blur that you could clearly tell that the moving object was a human.

One distict advantage that slow shutter speeds have that i didn't initally consider is that they can produce color images. I could see some rare & special situations where this could be an advantage. Perhaps there is a reoccuring incident involving a vehicle. Black and white images from either a thermal camera or a camera in night mode may have captured the shape of the vehicle (maybe even enough detail to determine make and model) but there still isn't enough information to identify the exact car. (let's pretend it's a Camry and 5 employees at a large company drive a Camry) Manually overriding a camera the next night to stay in color mode and use a slow shutter speed may capture the color of the car and help identify exactly which of the 5 employees should be investigated. Like i said, it's a rare instance, but this may be a trick that could prove usefull in special situations.

Any other applications out there?

It's not even an either or situation; as was discussed here, one possibility is to allow a slow-er shutter as a default for nighttime scenes, and then on motion detection increase gain and shorten shutter times. And then fall-back to slow-shutter as motion subsides. This would have two beneficial effects:

Another similar concept would be to take a slow-shutter, lower gain frame (MJPEG, seperate stream?) every five seconds or so, with the idea of then having the best of both worlds (except of course that some high gain frames are skipped during the ss). Kinda like a go pro cam can be programmed to snap a 12MP image every 5 seconds while still making a 1080p movie...

Note: The slow-shutter that I imagine is relatively modest, maybe from 1/8 s to 1/2 s. We should also keep in mind that Carl has made the cautionary observation that we can not expect to change certain parameters in realtime without a glitch, so testing is needed...

I noticed that in the report on OWAL analytics it suggests a case use for their AI, of letting apartment tenants know whether a particular machine in the exercise room is in use or not.

It seems to me that this could also be one possible application for using a slow shutter speed, in that the video stream from the exercise room could be made available to the tenants, where users of the machines would be a blur (preserving privacy), but the room and machines would be clear.