A man says on his surveillance camera he saw someone in a hoodie climb over a fence into an his apartment complex. He says recognized the person because he'd seen them on his footage twice in the last 10 days trying to break into his house.

He pulled his gun on the peeper grabbed him to detain him. A struggle ensued, and he ended up shooting the guy several times in the back and the back of the neck. He was right the guy was armed, but now he's facing a second degree murder charge and he says he doesn't know what happened to his DVR. It has mysteriously gone missing.

Dude obviously wasn't fearful for his life if he followed a armed burglar over a fence. That thar is picking a fight.

DVR or no DVR, he's done. It's the difference between murder 2 and murder 1 at this point, isn't it?

Why is he 'done'? This happened in the wild west Florida.....

Here's an example from my home state, Oklahoma:

This video is from a pharmacy hold-up in OKC. One of the robbers walks in pointing a gun. The pharmacist pulls his gun from under the counter and starts shooting. This is a 'righteous shot', because according to Castle Doctrine, you are lawfully permitted to use deadly force to defend yourself from an intruder. (Florida has 'Stand Your Ground', in lieu of Castle Doctrine, but neither permit the pursuit of a threat to confront them.)

In the Pharmacy shooting above, note that the Pharmacist shot and injured one of the robbers (0:13 mark). Then watch the pharmacist go behind the counter, grab another loaded pistol, and walk over the injured robber and shoot him in the head (0:38).

Because of this action - outside of the initial self-defense offered by Castle Doctrine - shooting an incapacitated robber who presented no threat, he was convicted of 1st Degree murder.

Chasing a 'bad guy' while armed means you're not defending yourself, but have crossed over into different territory.

The guy in the story above hopped a fence in pursuit of a would-be robber. That makes him the aggressor, not the victim, right? In the eyes of a jury, I bet it does.

What about temporary insanity? A lawyer should be able to argue that a victims state of mind during a crime is completely different than an intruders, or a cops. These people are trained for these situations. A victim obviously has the defense that fear overwhelmed them, and with good cause. One question to the jury: are you SURE that you wouldnt do the same if in my shoes?

I'm not in law enforcement or a lawyer, but opening up the temporary insanity defense to every single person claiming self defense is a really slippery slope. The precedent set by a single one of those defenses actually winning is terrifying to me.

If your defense is that fear overwhelmed you, and you're not trained for these situations, it's reason you shouldn't be following someone with a gun in the first place.

Imagine if he had been a Neighborhood Watch captain! :(

The M'Naghten Rules were established long ago to set guidelines for the ability to use insanity as a defense. Insanity is a medical definition, not a legal one.

- from wikipedia link above:

Presumption of sanity and burden of proof

Sanity is a rebuttable presumption and the burden of proof is on the party denying it; the standard of proof is on a balance of probabilities, that is to say that mental incapacity is more likely than not.

With the above noted, it is extremely difficult to get a judge to allow the use of insanity as a defense in the U.S. (sleep better, Ethan) :)

Normal-appearing (up until the incident, and after) people have almost no chance in hell....

The less-tough to prove diminished capacity - or 'irresistible impulse' claim is an option, but even this would be a stretch - and like most above, I'd say: 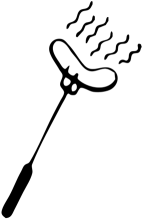