as has been previously documented, i use my iPad in the shower regularly. 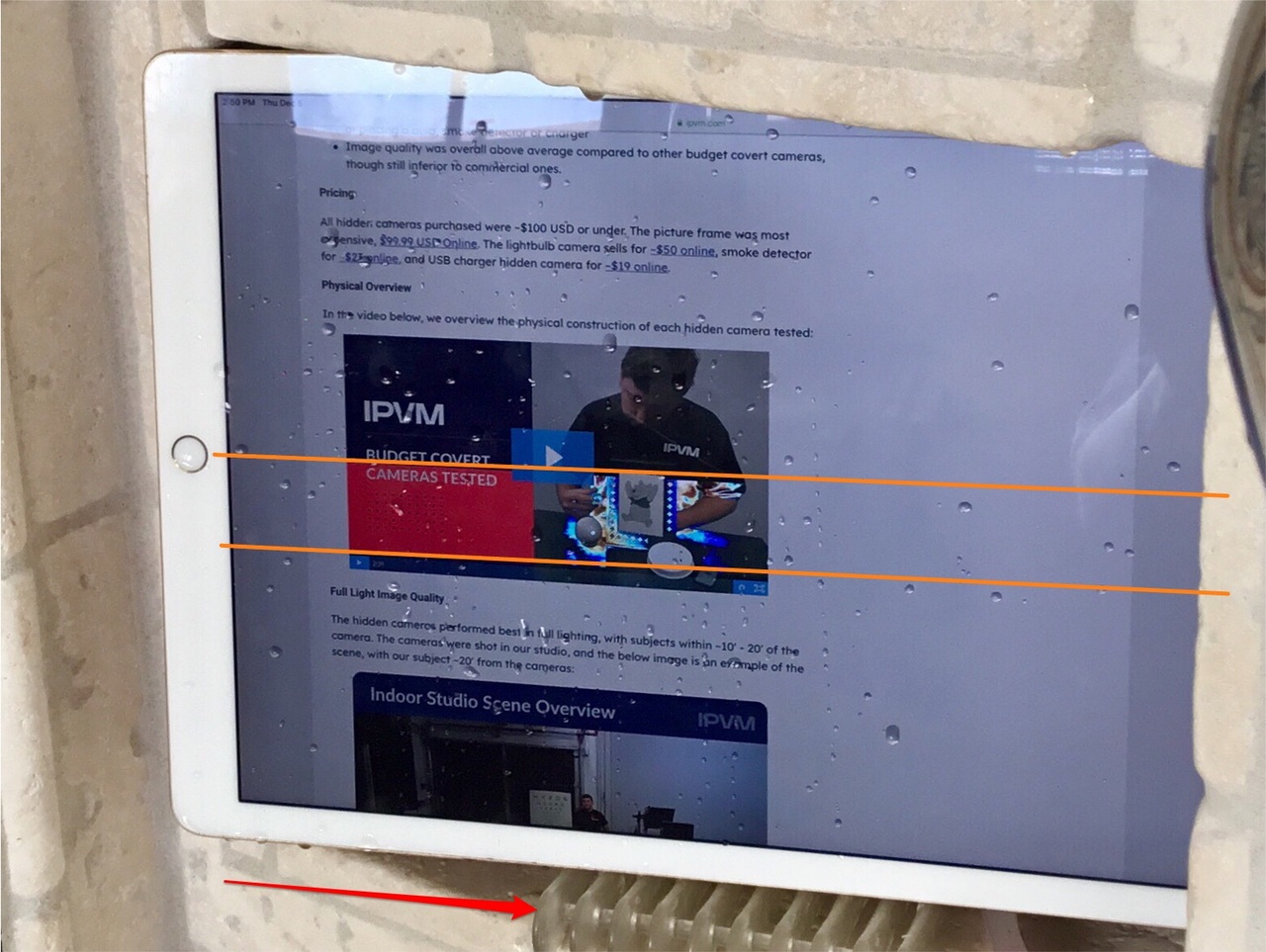 however, even after taking hydrophobic precautions during and after use, such as using the soap dish riser (red arrow), and always shedding any residual moisture with repeated violent flinging motions, this has apparently not prevented hydroxylic acid from seeping in to the device thru several unprotected ports and damaging the Retina display.

i first noticed the problem when a 1 1/2” tall, horizontal band showed up with seemingly random iridescent colors throughout, (shown as horizontal orange lines in the photo).

of course, this could not be tolerated, so i scheduled a Genius Bar appointment to see what could be done about it. i was internally debating whether to “come clean” about the shower use, when out of habit I browsed to a recent IPVM test on covert cameras.

although i tried to ignore the bright band, i noticed something odd in several of the dark, nearly black pictures.

i made this video to illustrate:

now i’m not really thinking this is some sort of magical display, but still it seems that such a hover, highlighting false color tool could be useful in certain circumstances. notice how some of the pictures that are dark remain dark, and others have useful information revealed by the broken screen. but without a tool, you might think they contained the same detail.

do any VMSes have such a false color, or high contrast hover tool?