What Lenses Should I Use With 4K Cameras?

So with the new 4k cameras hitting the market, what does one use for the 4k box cameras that are coming to/on the market? Will a typical megapixel lens work or does it require a "4k-specific" lens? Not using many IP box cams these days, so not really in-tune with lens offerings, currently available.

Good question, so far we are seeing manufacturers kit / combine the lenses with their cameras. And from what manufacturers have told us, they believe that having a 'real 4K' lens (and not just a 'regular' 1080p / 3MP one) makes a difference in image quality.

As for what 4K certified / specified lens are out there, I don't know. Ethan? Members?

Also part of the equation is the sensor size, which taken together with resolution, specify pixel density, which dictate the needed resolving power in lp/mm (line pairs per mm).

For instance an appropriate lens for a 29 MP Avigilon camera would actually require less resolving power than one for the Dahua 12MP, after the difference in sensor sizes is taken into account.

Though the lens must project a circle which encompasses the diagonal of the sensor size, so a lens used for the Dahua would most likely not project an image circle big enough for the Avigilon, and so could not be used, even if it's resolving power were sufficient.

I have yet to see a C/CS mount 4K lens from any of the usual lens manufacturers (Tamron, Computar, Fuji, etc.). Even a quick Google search didn't turn up much. We briefly spoke to a couple of manufacturers at ISC about this, and they all pretty much said, "They're coming."

So I'm not sure what OEM sources manufacturers are pulling from, but I can't find them, and they don't seem to be the usual suspects as of yet. 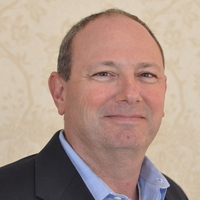 I’d be interested to hear how a 4K lens will improve performance. If the FOV is widened because the 4K imager can sustain the spatial resolution over a greater area, then I can see that distortion must be kept in check. Is the lens makers’ argument that 4K’s higher resolution is better able to resolve the imperfections introduced by a particular lens? It seems this would be a subtle effect, maybe not as important to manual viewing as it would be to analytics.

Lilin is specifying two Fuji lenses for their 4K cameras:

Though curiously rated for 'only' 6 MP.

Thanks for finding that. Incidentally, that varifocal lens is what Bosch ships with their 5MP starlight model.

Reply Edit
Delete
Create Topic
Ban post
01/08/15 11:07pm
So it may be best to wait and standby until a 4k lens is on market, as we may not get all of the camera's performance, huh?
Reply
Agree Disagree Informative Unhelpful Funny Fav

There are options out there for high megapixel resolutions, just not many and I'm not sure of the sourcing. Bosch is using a large fixed focal length/fixed iris lens on their 4k camera, which I believe may be a machine vision lens. Arecont has OEM lenses which they claim are "10MP rated", which exceeds 4K.

But as far as all the options you see today in 1-3MP lenses, such as IR correction, multiple varifocal models, long focal lengths, etc., it's likely going to be years.

Toshiba recently came out with a 4K SDI (machine vision?) camera, which takes C-mount lenes. They list a bunch of compatible lenses in the accessories section like this Fuji machine vision one. 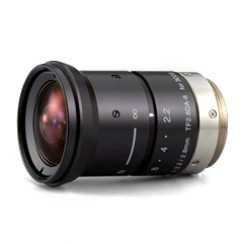 Thanks for that, Luke. The 6MP is a Fuji lens, same as one of Lilin's recommendations above.

The 10MP is an Evetar lens. Though how one is supposed to know it's 10MP based on the specs, I'll never know.

Hi Ethan, that's very interesting. How did you work out who was making the lenses or did you just recognize them?

Though how one is supposed to know it's 10MP based on the specs...

For reasons not fully rational, I decided to got to ADI Poland's site, and do a couple queries in broken Polish for confirmation of the 10 MegaPixel-ness of the Dahuan/Evetar Lens. I found this page, which would seem to confirm it's Evetar pedigree and this one its high resolving power.