Ordered a bunch of short patch cables and this is what I got. Now I might be a newbie, but aren't kinks in cables a no-no?

My question is: How much kink are you willing to live with? 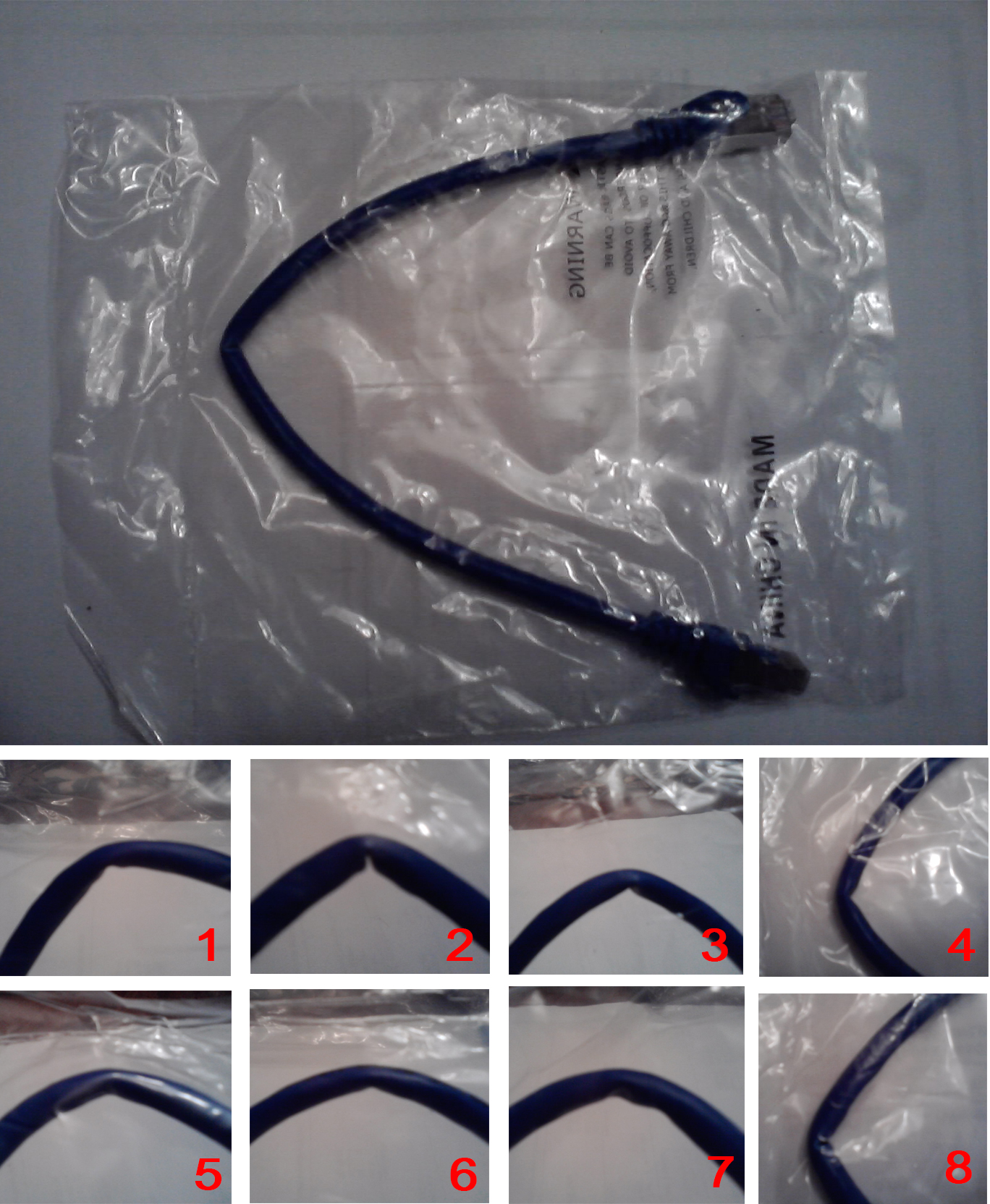 In pre-made patch cables? None. Stranded cable is so flexible, if you managed to kink it you definitely did something wrong to my cable.

The official network geek answer is "if it violates the bend radius rule". Now, to be honest, I haven't had to dig out paperwork on "the bend radius rule" since I had to troubleshoot RG-8 thick ethernet. But (good) integrators who walk me through wire closets seem to think "bend radius rule" is a coherent technical term if we're both staring at a fiber cable twisted around something else before it goes into a VMS. I vaguely recall the Cat-5 standard has a definition of "too much bend".

And of course that cable in the photo looks mangled so if you had to quote a spec at the vendor, that'd be lame.

Are they probably fine? Most likely. But even for Patch Cables, they have bend standards.

How much kink are you willing to live with?

In an unopened bag, with receipt or invoice in hand, and assuming I had another cable, I would say I would indignantly demand replacement if any true kink was visible (like in all of yours), and resist any disty pushback with the simple "This is unacceptable".

If it was short < 1 foot AND I kinked it myself somehow, then I would just use it and reassure myself that that any partially reflected signal, due to Z change at the point of defect, would not substantially affect performance, because at that short a distance, the reflection is not going to be misinterpreted or modulate the next transmission. Since at that length the reflected signal happens almost simultaenously with the real one, and fades as quickly as well.

Though I would test it first to see if it worked at all, using my protocol analyzer the switch itself loopbacked thru the cable, and verify the self auto-negotiation proceeded as expected. That insures a minimal amount of functionality.

My philosophy is: If it comes at all "kinked from the supplier, they're responsible", - but if "I kink, therefore I am". (Though I think that #2 cable has to be returned just on principle)

Yeah, I sent them back. There were a couple that looked okay, but I decided to send all of them back & go with a different vendor. I'm temporarily using longer ones until the next shipment comes in.

Not sure why they don't just ship 12" cables straight. They don't really take up that much more room than bent....I mean kinked. ;o)