I was wondering if anyone had deployed a system using security cameras for sports instruction purposes. This is at a sports complex. These cameras would be looking at batting cages, so the player could receive coaching on their batting switch. The coach would use call up the video show how their batting swing was. 1080p cameras with an easy to use VMS. Possible integration with a smart board as well.

I did a project at a large athletic facility that included rehab equipment. The centerpiece was a huge hot tub with a waterproof treadmill in the middle.

The idea was athletes undergoing knee or ankle rehab would run on the treadmill, and being in the water lessened the impact on injured joints. Because the posture and form of the athlete was important to monitor during rehab, the hot tub had multiple windows cut below the water line. Every rehab session was filmed.

The equipment we installed were plain ole SD cameras and a really lightweight VMS box. The staff loved it.

I believe it was Milestone Essential and Panasonic cameras. No other integrations were used, but certainly possible.

That said, the University of Oklahoma football program periodically puts out an RFP for high-speed cameras. It seems that for 'pure coaching' and drills, they want like 300 FPS.

There's sport specific solutions, like RightView Pro. I am not expert here just googling. I am sure that's far more extensive but I'd look to see what those options are besides going with a generic camera / VMS.

I have a friend whose husband runs a baseball academy. I could see if they use something, if you'd like.

Aside from the specialized systems, I would think framerate would be the biggest key. Something like the new generation Sony 1080p60 cameras might be a good idea, if you're looking for that resolution. I think as long as you have slow motion and frame-by-frame playback, it should suffice as at least a basic system.

I regularly coach my kids baseball and softball teams. I've also thought about building a product for this but it's too easy just to use my cellphone and record the kid in the cage. They see the video immediately after, you give them some coaching, then it's all done. Whatever system is built needs quick feedback for the kids and really needs a high speed camera to enable good slow motion playback.

I took golf lessons where the pro analyzed my swing from multiple angles. He used a camcorder with software that allowed him to evaluate the swing. Immediate feedback, convenient.

I did something similar with just some used analog cameras and a four-channel D1/120fps DVR, running to an old 42" plasma TV, in a dog training facility.

My dog takes nosework classes (similar training to drug- and bomb-sniffing dogs, but done for sport), and I set this up in the barn they use: three cameras, two in the main room and one in an adjacent room. The big TV up on the wall is great for handlers to watch live when the dog is out of sight (like when they're working vehicles, you can't see when the dog is on the far side), and handy for studying a dog's process afterward: slow-motion playback to watch for cues and signals, high-speed playback to observe search patterns.

I also added a small wireless remote fob ($12 from DealExtreme) that connects to the DVR's alarm inputs that allows the instructor to start and stop recording, and "bookmark" (by way of the timeline displaying an alarm condition) the start of each dog's run.

I actually considered using megapixel cameras, but determined it wouldn't be a significant benefit, especially as the latency would have made it a bit weird watching the live feed, and any "spare" cameras I had wouldn't do 30fps at full resolution... plus, the plasma is an old commercial unit, 480p max, so there wouldn't have been any benefit to the higher resolution playback anyway.

08/18/13 05:28pm
Rightview Pro was the idea of Don Slaught a MLB catcher. Really nice guy who needed very low light and 30+ fps se interlaced to monitor the swing and pitch. Low light, no frame integration, WDR and non interlaced were all factors.
Reply 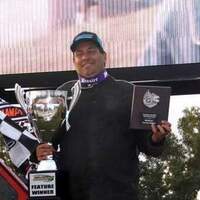 I use an APP on an iPad works great, it can compare either side by side or overlay on top of two videos for comparison. you can draw on it and calculate angles. A typical VMS will not have that type of tool set as its not built for analylizing motion like a specific software package does. So I think it can be done, but I wouldnt be selling a Milestone or any security sytem for motion analysis. Just my 2 cents with using both types of packages.

Tim what's the app that you are using? Are you use the camera on the I-pad, or from an surevillance camera?