We want a device that simulates constant motion to use in our tests. We have seen pendulum clocks and toy trains, etc.

What have you used? What would you recommend?

A few ideas to throw out:

Perhaps an app on a tablet, like a traditional clock

Come to think of it, an app might be best as the motion could be controlled / adapted rather than a physical device like a pendulum or train set. Anyone have other ideas?

TV set to the shopping channel?

Out the window at a busy street?

Heck, if you're dealing with VMS-side motion detection, I've seen cameras recorded through hours of inactivity, triggered just by the camera's OSD clock.

We want the motion to be constant - no acceleration, no deceleration. If the motion varies, it can spike or ebb bandwidth, it can make it harder to see if the frame rate drops, etc.

If it's a camera's motion detection you're working with, how about something with a single blinking LED or LBL? Even a VCR (remember those) with its clock not set blinking a steady 12:00?

On the plus side for ceiling fans, they have a low setting where the fan moves slow enough that variances in frame rate could be detected. On the negative side, if we mount it on a ceiling, it would be awkward to test.

If there a way to mount a ceiling fan on a wall or pole. I know that basically makes it a table / floor stand but the problem with those is that they tend to run very fast, even at the lowest setting, like so:

How about if you set that desk fan to oscillate? Give you a nice, slow, repetitive back-and-forth motion.

OR, adjust your shutter speed to something close to, but not exactly matching, the blade speed, so it makes them appear to move slowly.

I think when fans oscillate, they decelerate when they reach the edges which could skew motion observation (i.e., the fan is moving slower at the edge than when it is moving past the center).

We could make the shutter much faster, and it is worth trying but I wonder how realistic the test is (i.e., we are testing cameras at fixed 1/1000 shutter which is not realistic in regular use).

Hmmm, good point on the deceleration... besides that, the movement would be less from the camera's perspective as it gets on-edge, to the point it stops completely before moving back. Of course, the movement would still be repetetive - would make an interesting bandwidth graph, kind of see how quickly changing motion affects the stream, etc. Might not be effective for these tests, but would still be interesting to see the results.

I still think something with a single LBL would be your best bet - just enough to trigger recording without causing major changes in the scene. Find an old VCR for free on CL and don't set the clock on it :)

I'd prefer something larger than moves. I have even seen analog clocks used in camera tests, monitoring the second hand movement.

Btw, a manufacturer mentioned an interesting alternative approach - shifting / moving the cameras. While this does not deliver exact constant motion, it would allow us to control / replicate the motion in an indoor area. Since we mount cameras on a single tripod, we could simply swivel the arm back and forth, ensuring all cameras move at the same rate, at the same time looking at the same area.

I've used analog clocks before, however there is (at least) two kinds, those with continous motion of the second hand arrow and those where the second hand arrow "ticks" or jumps from second to second. If you are looking for things like jitter and stutter, then you need the kind with continous motion and not the "ticking" kind. That's something to look out for if you decide to get one.

John, I think it's not a good idea to test H.264 cameras with shifting / moving them. Moving object in camera field is better way to do it.

How about a stepper motor connected to an Arduino or something. On the stepper motor mount a triangle-shaped/tri-fold bit of foam-core art board. You can put different colors and/or patterns on the 3 sides of the art-board. With the Arduino you can control rotation speed to test different amounts of motion, and using different colors and patterns on the 3 sides of the rotating foam-core you can test different patterns and amounts of motion. With 1 Arduino you can control several steppers, so you can test several cameras at once (though you can also point multiple cameras at the same motion source too), the tests are reproducable by you, or by others who could build the same setup.

Come up with your own official IPVM test patterns and share them like resolution charts for other people who want to do similar tests/etc.

Currently I am using the online stopwatch - it is great for motion and the stopwatch counter is a plus to measure FF and Reverse archive playback speed. 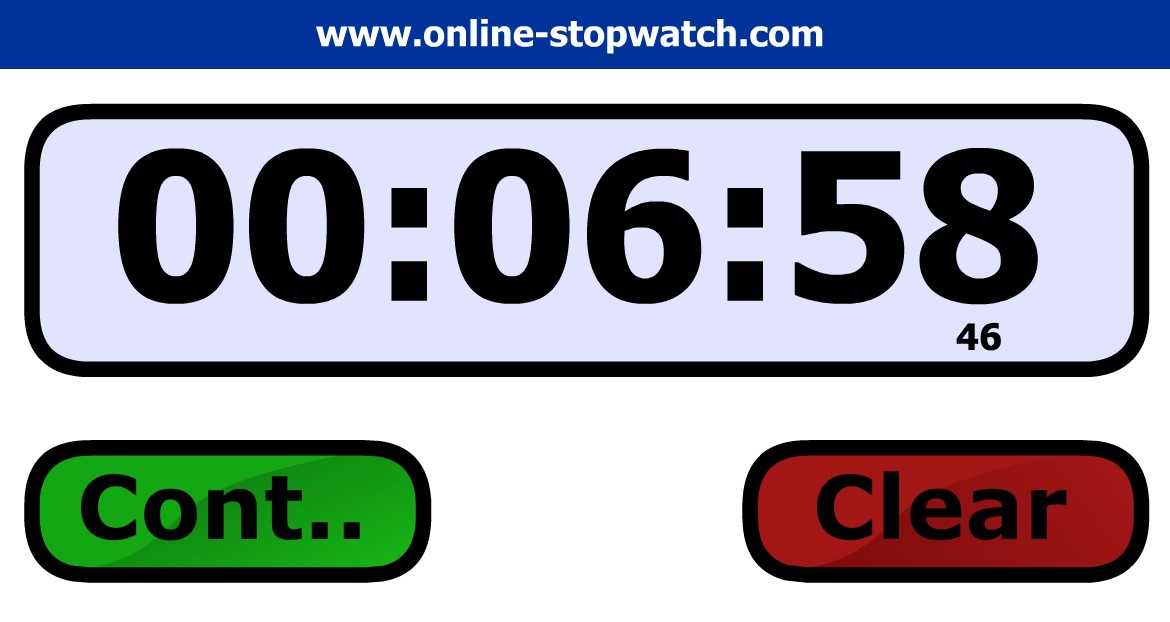 Cardboard box on a turntable. Comes in constant, repeatable 33 and 45rpm, the good ones even are adjustable. Decorate the four sides on the box with different test patterns, eye charts and mugshots. The distance to the camera determines field of view to be covered by moving object.

There are quite a number of good suggestions here - from analog clocks to stepper motors to an online stopwatch and a turntable.

Right now, I am most excited about the idea of the cardboard box on a turntable (presuming we can find one :). The turntable idea is interesting because it's 3 dimensional and moves at a constant rate of motion, which are 2 big pluses for testing motion. And unlike the stepper motor plus Arduino, it will work out of the box.

Keep the ideas coming and we will update as we try things out.

I found a turntable (handy for painting dome cameras!) in a "Share Shack" at the dump by our rural cabin. They should be plentiful at thrift stores, good-will stores, etc. (Salvation Army, et al).

There's dozens of turntables on Amazon. I just need to figure out what is the best options for our needs. It appears there are 2 and 3 speed options.

I would expect the speed options to be 33-1/3, 45, and 78rpm... although I've also seen 16rpm on some really old turntables. Also, something more designed as a "DJ" turntable (as opposed to a "home" or "audiophile" model) would generally have a stronger motor (more consistent speed if you put something really heavy on it), and offer a wider range in its variable-speed control. Many also have a built-in stroboscope on the platter that lets you see the accuracy of the rotation - maybe not critical in your case, but handy to ensure conditions remain equal across multiple tests.

I'd think the MORE options you have, the better... otherwise at some point, you're sure to be saying, "Dang, I wish I'd got the model with THAT feature!"

Has a person been mentioned yet? That's the way we do it. One person watching and radioing to the person in the FOV. I am not sure any of these suggestions would actually in the field, how would you power them in hallway and set multiple zones with different sensitivities if you use a fixed device? Maybe I'm missing the point here.

Joe, we use 'a person' all the time (as is shown in our camera tests). However, the value of a device is that (1) it can be left indefinitely without forcing a person to be there and (2) it can be set to continuous constant motion which is difficult for a human to do even for short periods of time. The device does not replace a person, it is an alternative for testing different parameters / conditions.

07/28/13 11:07pm
A metronome would probably fit the same roll as a pendulum clock, only with adjustable speed...
Reply

Sean, good point. Derek has mentioned about getting a metronome. I had no idea how a metronome worked, but now that you explained it, it makes sense :)

Neither metronomes nor pendulum clocks give you constant motion.... they both swing back and forth - with faster speeds at the bottom of the 'swing', and slower speeds at the top of each swing.

They both measure time sequences... there isn't anything I know of that changes direction without changing speeds except for the little digital white 'ball' in Pong. :)

I like any spinning object where you can set (and maintain) various speeds.

So far, the turntable appears to be the most promising for our needs.

You're probably looking at combining a few things.

1) If you want to test motion blur / motion resolution: Attach an ISO line resolution chart to the moving piece. For instance pendulum/metronome, cardboard box on turntable, or train. The train may be better since the ISO chart will allow you to read out the horiz and vertical rez values. Putting the camera on the train allows you to capture a person.

2) If you want to test bandwidth / compression efficiency: The optimal motion test is to move the camera, or the whole test scene, sideways (Panning test). We mount the camera on a Lazy Susan type board, I guess some kind of motorized thingy can be devised. Set cameras to CBR and use line resolution chart, or measure with VBR and look at the bandwidth - in relation to the line resolution.

3) If you want to verify no dropped frames: Use stop watch with at least 1/30s resolution. Quite a few tenders have a requirement of no dropped frames, but we have also seen reputable 1080p30 spec cameras dropping frames when moving from a static scene to motion, or when motion becomes too complex, such as when doing PTZ.

4) We also use a small 'disco ball' with colored lights to spread random shadows and color in the scene.

In my lab I have a disco ball motor (<$20 US) that I mount something on to allow me to verify a proper motion behavior in either a Server or a Client test. These are usually between 1 and 3 RPM and they are small enough to move them to where I need them. I got the idea while visiting one of the larger VMS vendor's labs.

It is not too fast to miss something nor is it too slow to not get 'seen' by a motion detection algorithm. 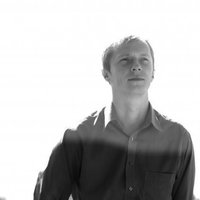 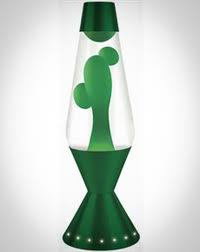 A ceiling fan, with the blades removed; mounted to something lower than an actual ceiling.

Tie objects to the screw holes where the blades attach using a piece of string, with a length appropriate to keep the object within the frame of the cameras' view.

My first job was as a device to simulate constant motion. I'd walk around with a little walkie talkie to test if the burglar alarm PIRs picked up where they wanted to pick up.

If you can find a large floor fan that has a really slow speed, such as this guy, remove the cage, and glue colorful things such as playing cards or color charts to the blades, you should be able to simulate a moderately complex scene with constant motion.