IR For Panoramic Cameras - What Are My Options?

For panoramic camera, no matter fisheye or 4 lens type, how to install IR projectors to cover such surround view in night view?

If the answer is negative, does it means they are not suitable for outdoor surveillance at night?

Hey Jim, essentially you have to install multiple illuminators in a circle around the mounting location, or a semi-circle if it's a 180 degree panoramic. Raytec makes a model that covers 180 degrees.

You could also use individual illuminators, 90 or 120 degree pattern, to cover the area you need to.

That 180 IR illuminator is ~$3,000 online. And three times the size of most panoramic minidomes. I am not even sure how you would mount it and not block the lens of the panoramic camera.

That said, it's a very interesting question because (1) these cameras are generally poor in low light and (2) I am not aware of any that have built in IR, which is probably hard to design (to match the wide FoV).

Man I didn't realize that one was so expensive.

Geovision was working on a panoramic camera with built in IR surrounding the lens, but I don't think it's on the street. It was at ISC this year. I think they quoted the range as ~30' or so.

I have used cheaper 90 degrees China made and it has worked fine outdoor for the past 2 years. These are not like the cheap knock off external IR for analog type.

Their designed is not as good as Raytech and the range/distance is discounted (never really measure it, installed the 100 meter version and looks fine at 50 meter) but also at discounted price compared to Raytech.

They have alternative what LED (Osram, etc) you want there are 5 or 10 years warranty depends on the LED I think.

Here's something that claims to be 360 - a low cost, indoor type unit.

One other potential hurdle - a lot of these panoramic cameras are color only and likely filter IR light, which will be a show stopper for them.

What i am thinking is using 4 IR projector units to surround fisheye dome. But the projection angel is hard to define. It will cause the lighting condition of each dome is unique, different from each other. 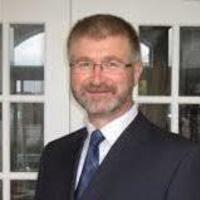 John, Ethan is referring to the Raymax 300 Series of three joined IRs...in many applications, not all 360° needs to be observed. Other smaller, more cost effective IR or white light illuminators may be strategically located well above the panoramic camera, or located in a different area away from the camera, illuminating an area of interest other than the full 180° or 360° view. Such as a perimeter, entrance, or smaller area of consequence. In General, the illuminators should be installed 15' or higher.

Another question to ask is "Does the camera have an IR cut filter?" IR cut filters are used to block the infrared light that is present in daylight to improve the color.

Infrared illuminators are worthless if the cut filter blocks it.

Of course it has mechanical IR cut filter for day/night mode even no infrared illuminators. 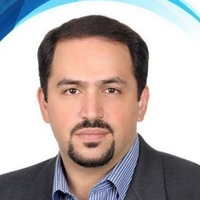 As an economic solution, I recommend Redbeam IRD120 that is around 70 Euros. 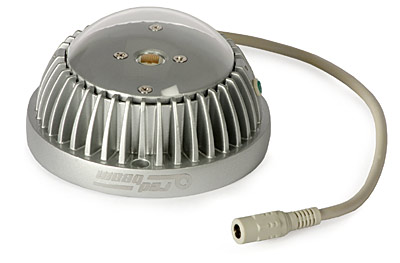 This was my first thought - ensuring whatever camera is used, will work with the IR.... otherwise it would have to be white-light illuminators.

That is a pretty impressive looking unit.

I just spotted this 360dgr camera with built in IR leds, suitable for outdoor. 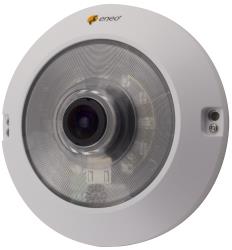 Never tested it, however...

Good find. Interesting to see there is at least one already out there.

Makes a lot of sense too, every manufacturer is coming out with integrated IR cameras and panoramic cameras, might as well combine the two as panoramics have almost inherent low light issues.