Access Control systems are installed to enhance security at the door, but how that system affects building safety is sometimes a blurred line.

Share your experiences and offer feedback to others on this. We will discuss the finer points of the Life/Safety codes of this issue during our first class.

We've installed access control at alzheimers clinics that keep patients in and from wandering away. It's tied of course to the fire alarm system so that doors unlock during an alarm.

By NYC code people cannot be blocked from leaving a building. A Request To Exit should overide the door locks in case the door malfunctions. The request to exit should be next to the doors. Allowing people to leave the premises safely.

The closest approximations we have here (mid-sized university) would be as follows. So in the strictest sense we do not have a case where this exists but I thought I would share these anyway.

-We have some delayed egress.

-We have a few spots that are really just passageways between two secure locations with multiple entrance/exists but in a way it could look like having to present credentials to "get out" even though that's not the intent. It's still really presenting them to gain access to the other area.

-We have a "light" mustering setup in one location. Its sole purpose is for mustering and is not reinforced by egress access control which then really makes is more of a procedural thing which is of course (more) subject to error either on purpose or accidentally. To be honest I am not 100% sure they still use it. I know early on it was wrought with issues both technical and procedurally.

i have done a small system at an alzheimers wing of a retirement home... the doors were equipped with maglocks and the only available means of egress and entry was a keypad on the wall, next to the keypad they had us put a sign on the wall that said "code is the year plus 50"... i guess the idea is that most of the residents would be unable to do the math to figure out the code... for us it was a very uncomfortable idea of locking people in to a facility and having to solve a problem to get out in an emergency other than a fire (facp was tied into locks)...

That is interesting, Keefe. Essentially, you have to be literate and able to cognitively add large numbers to unlock the door. In a panic situation, people don't generally have high function - it's true "fight or flight".

Clever maybe, but against the NFPA 101 codes for sure!

I'd agree with Brian that it is totally against code in most circumstances. A person should have NO PRIOR KNOWLEDGE on how a particular door should operate outside of the norm. You can use a delayed egress of up to 15 secs (30 in some circumstances) but denying free egress unless the fire alarm goes off is crazy. What if I want out and the fire alarm doesn't go off? What if the lights are out and I can't see instructions on how to get out?

i agree many people when trying to enter or leave would stare at the sign and you could see confusion on their faces... the system design was provided by "others" but was signed off by the owner and fire marshal... it was unique install for us and we haven't done one like that since... we have done a few similar ones where we used a product called "wanderguard" and the residents wore a rfid pendant and when they went in proximity of the door it would lock... there was a keypad nearby for override if someone needed to get out, if the resident stayed around the door for over 30 seconds a beep would sound and led would illuminate at the nurses station...

Wouldn't you tie a system like that into the fire system anyway, so the door releases when the alarm goes off?

matt... absolutely, all of the systems that i spoke of were connected to the facp... my concern with my the first example i had mentioned is that not all emergencies are fire related (ie. the swarm of bees mentioned in the access control training class today) then it leaves the person needing to solve a math problem while they are also focusing on protecting themselves from the emergency or the rush of people pressing against them at the door... but yes in the case of a fire the doors would inlock allowing for free egress...

We always do the integration between fire alarm panel and access control panel so that incase of fire alarm the locks will be un-locked automatically for free-exit. 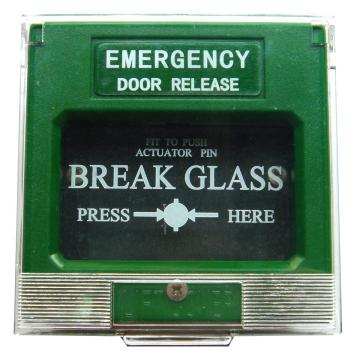 Our company has installed several systems that have read in/read out doors. We have also installed "man trap" doors. All of course are unlocked during fire alarms. To be effective, the read in/out doors are accompanied by the hard antipassback program option in the software. We have found due to apathy of the client and personnel, this feature is more headache than hero in controlling access to certain areas. People just do not obey the rules of the programming and subvert the door constantly thus causing access problems. Unless mandated by higher security protocol, we always try to educate our clients against it.

One system has a man trap installed. Bothe doors are read in/out. The employee has to read into the man trap area then the door has to be closed and locked before the next door reader will work. The trap is long enough in length where the person cannot physically reach both doors at the same time. The facility is also manned by armed security when open for business.