How I Put A Bullet Camera In A Box Enclosure, And Why.

When I first read the discussion where a member was interested taking a bullet camera and putting it inside a box enclosure, it didn't make a lot of sense to me, I'll admit.

The OP liked the fact that IR bullets are cheap, but he had several failures already when deployed in Car Wash bays, so needed something better. His idea was to buy low-cost IR bullets and put them inside of an heated enclosure, thereby increasing their protection and longevity.

I also had several bullets fail at my house within 18 months due to a high-humidity, marine environment. So when it was suggested, by a well meaning but errant member on that thread, that there was a box enclosure made for bullet cameras, I ordered one at once. Of course that turned out to be untrue, a fact which was pointed out by B. Rhodes. It was just a box camera enclosure, with round glass, looking like a bullet. But I had already ordered it ($50) and to go with it, a Dahua 3MP model ($100), so I had to bite the bullet... 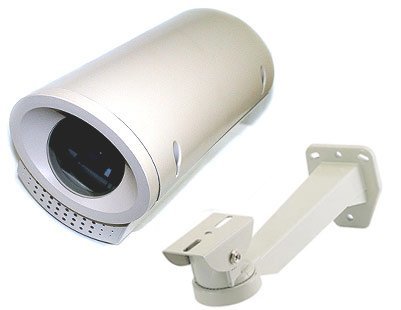 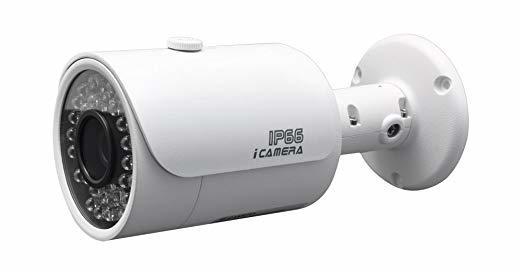 First I tried the obvious, stick the bullet, without modification, into the enclosure, exactly like Brian said not to.

And although Brian is not automatically dismissive of shooting thru an extra pane of glass, here he correctly predicted that this would lead to heinous, milky IR reflections.

My next attempt was to replace the enclosure glass with the glass from a Foscam bullet dummy camera ($20) and at the same time remove the glass of the camera by unscrewing the top cylinder of the Dahua. This worked nicely, with just a tinge of IR around the edge of the picture. The guts looked like this: 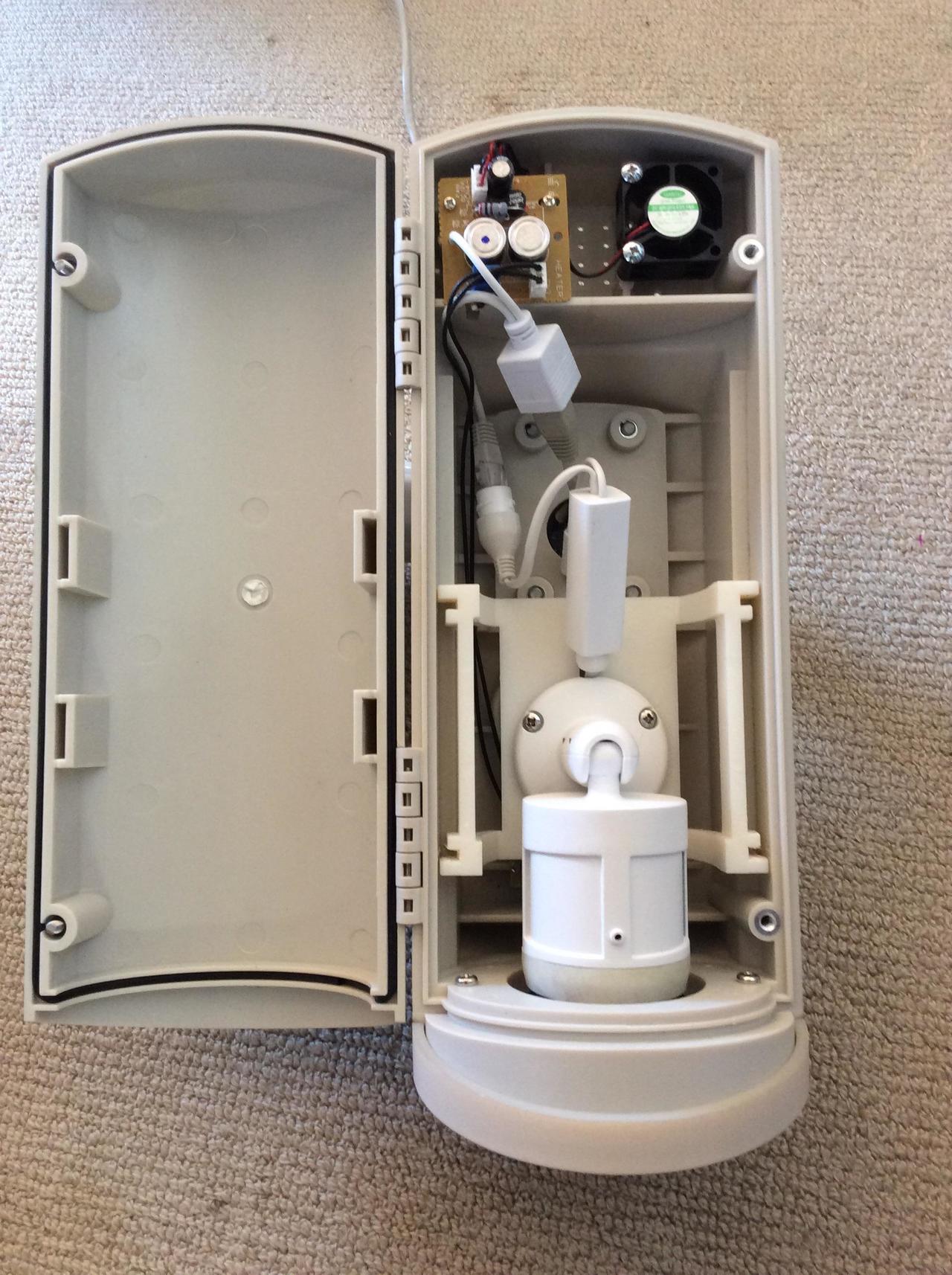 Observant members might notice the use of active POE(camera) and passive POE (heater/blower) on one cat5e as discussed here.

But still I was bothered, not so much by the fact that the warranty would probably be void, since the top part of the bullet was gone, but because it seemed possibly more exposed that way. Also the slight IR tinge was irksome.

So, finally, I put the Dahua back together and cut a 1/8" vulcanized rubber gasket to fit the bullet super snugly, and also fit where the original glass clamped down. Then I just pushed the bullet thru the gasket, beaded if with silicone and then put it all together. That looked like this: 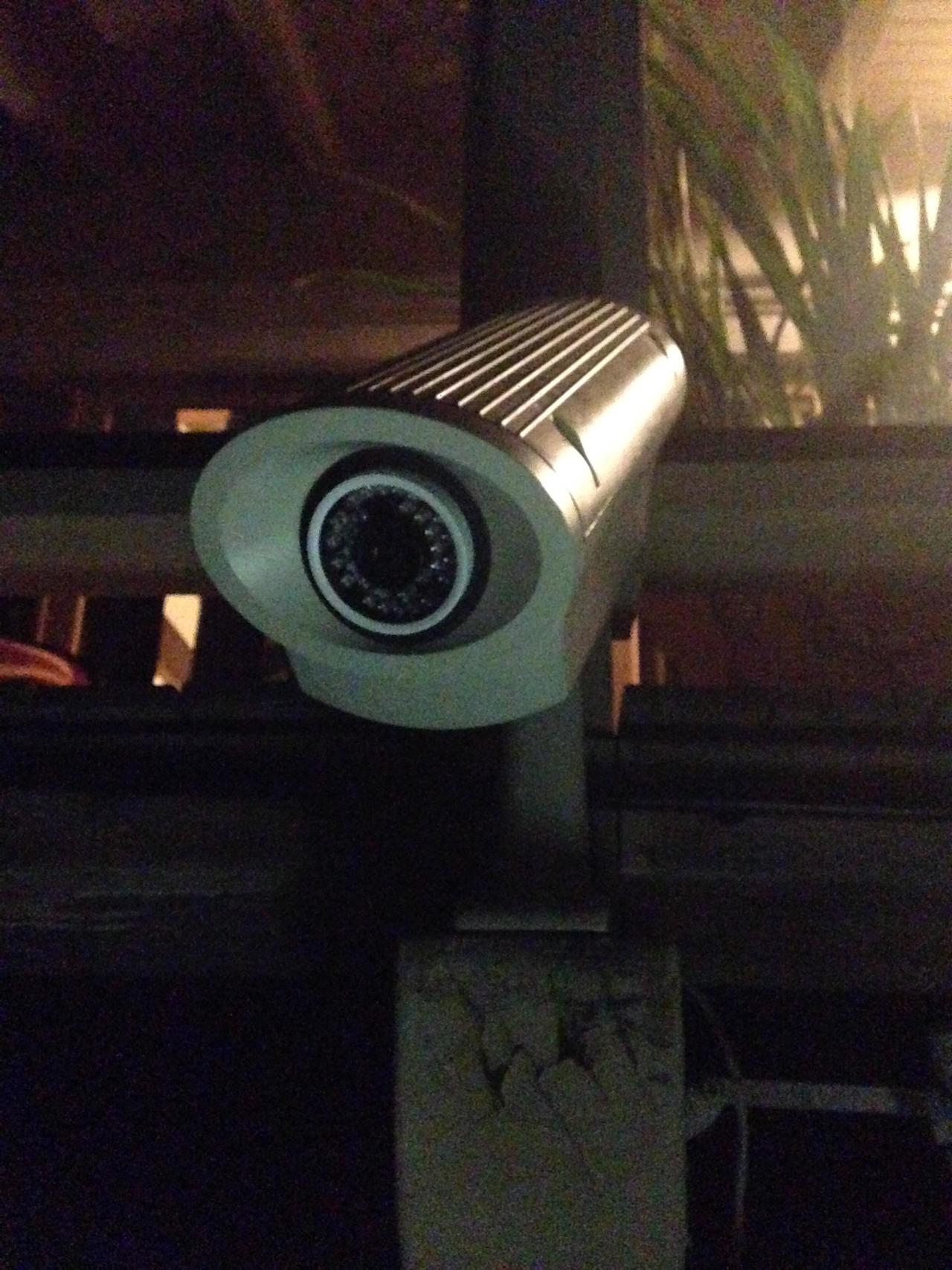 Besides the extended life that the heated enclosure should give to the bullet, another big benefit was the visibility factor. Compared to the bullet, this is far easier to see and hopefully a bigger deterrent. To explain why this is important let me show you the daytime FOV: 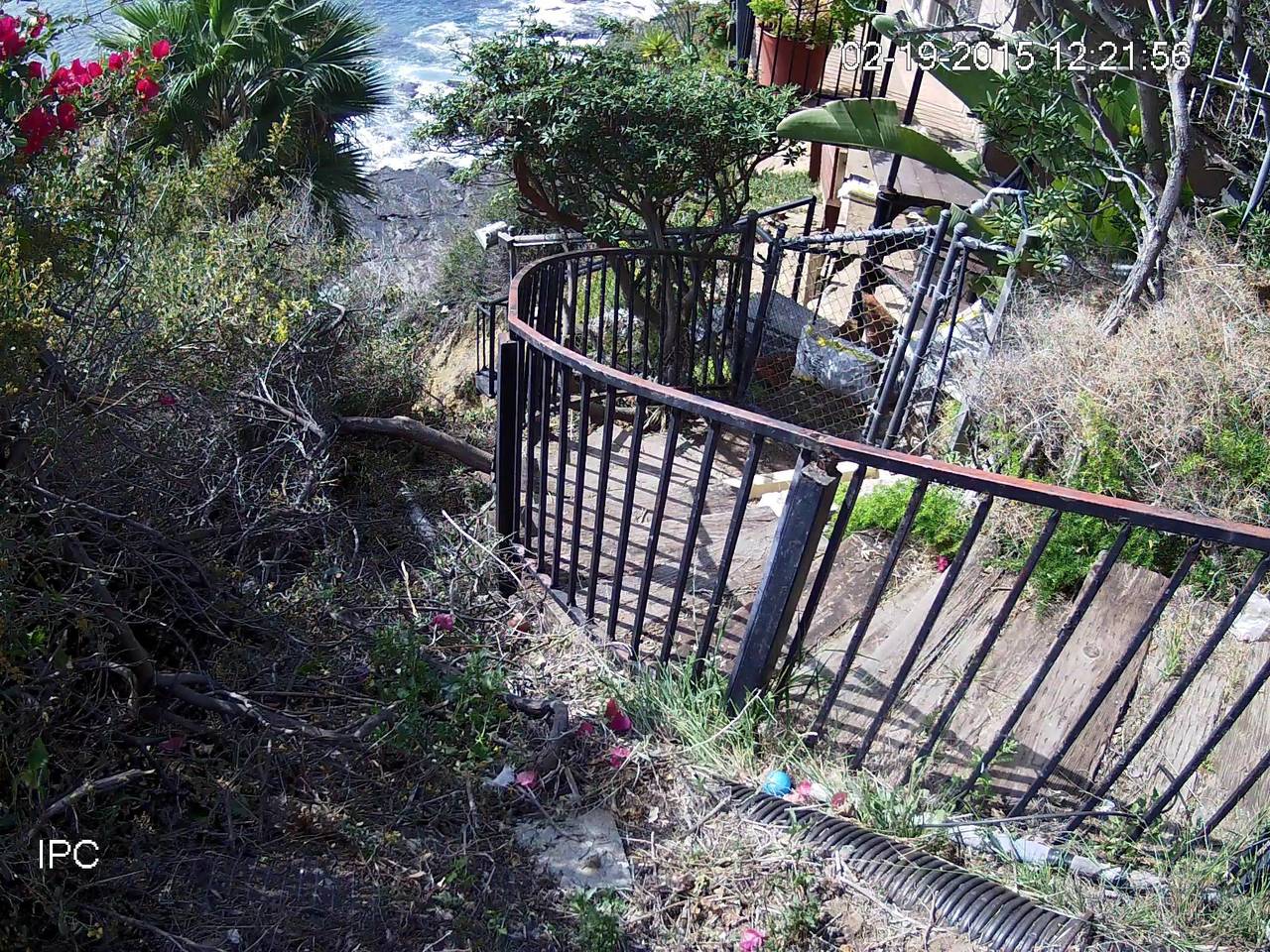 Hikers coming from state owned land below jump the locked gate (not in view) or climb up the hill directly, and eventually end up on the spiral staircase you see here. They think they can get to the road, but the staircase dead ends at my deck. At which point they either go back or knock on the back door and ask if they can go thru the house. This happens once a week in the summer. At night it can be quite scary when someone is lingering...

So the idea is to have something visible before they jump the last gate (in view), to make them think twice. So bigger is better. Here is the night shot: 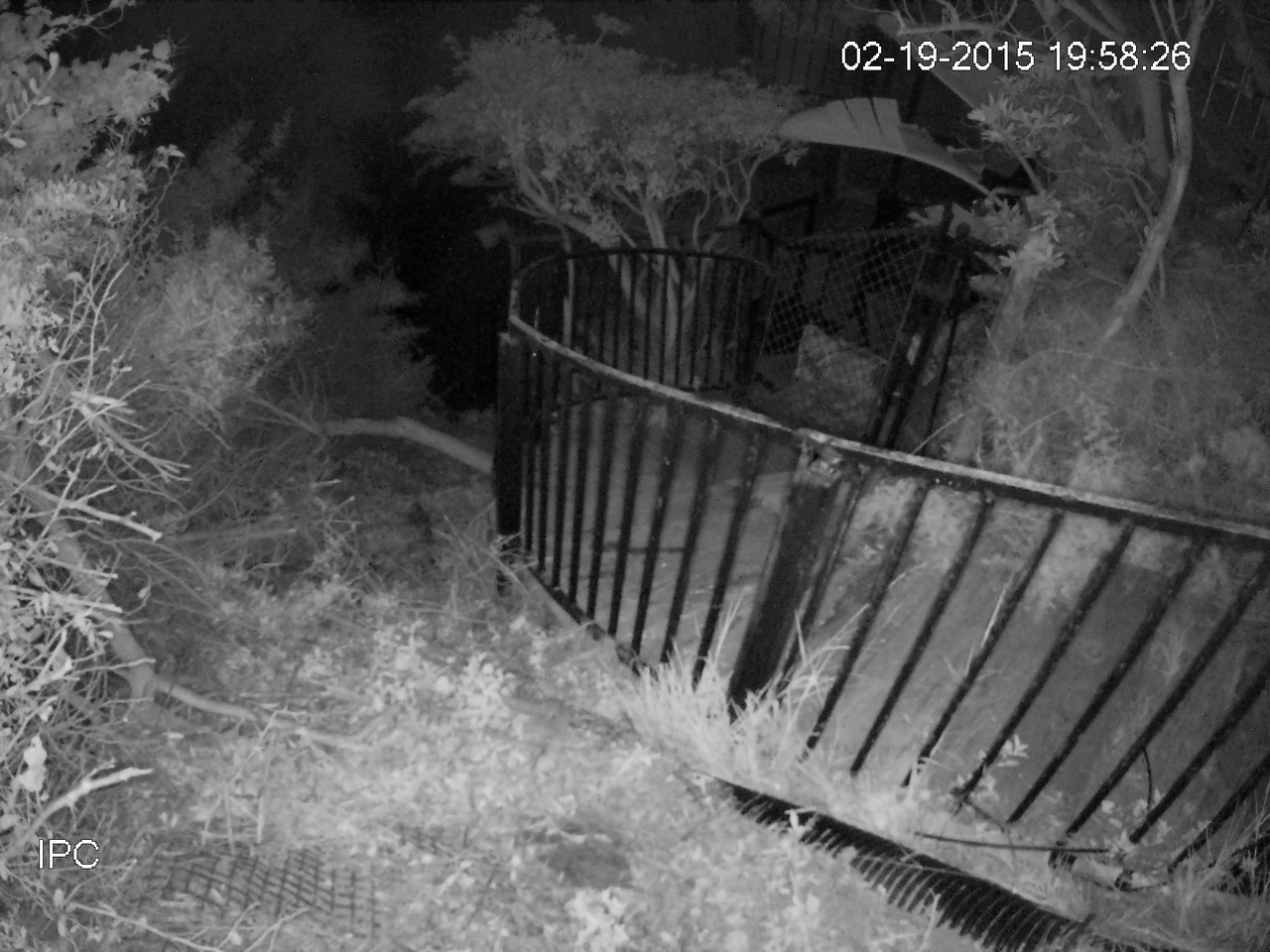 So to recap, $160 for a 3MP IR, with heater/blower, added environmental protection, larger footprint. Total time f*ing around with it? > 6 hours! But I could make another one in 15 minutes, now :(

Is the housing made of cast aluminium or plastic ?

So what is the function of the enclosure? Is it more for deterence? Since you have exposed the front of the bullet, I'm not sure the encolsure is doing much to protect the bullet now. It lloks like you live in a tropical area, so what good is a heater that doesn't reach the glass? I doubt the camera would reach a low enough temp to stop its operation. The blower is usesless now as well, since the optics are outside of the enclosure now.

I just would unplug the heater/blower now and save the PoE budget. It serves no purpose now.

I'm not sure the encolsure is doing much to protect the bullet now.

Perhaps you are right, though I was hoping it should extend its life somewhat. I have had a couple of bullets go belly-up within 2 years. Both of them had extreme corrosion and pitting on their butt end, and had moisture inside. I assumed this was caused to a great degree by their downward angle, similar to the way the enclosed one is now.

I don't know if it's the salinity or the horizontal wind and rain that hits the bluff, but I do know that metallic items, including stainless and aluminum, can experience rapid aging. I chucked the bullets out already, but I can show you what a few years can do here; this is a picture of the steps leading to my gate (note missing step at bottom): 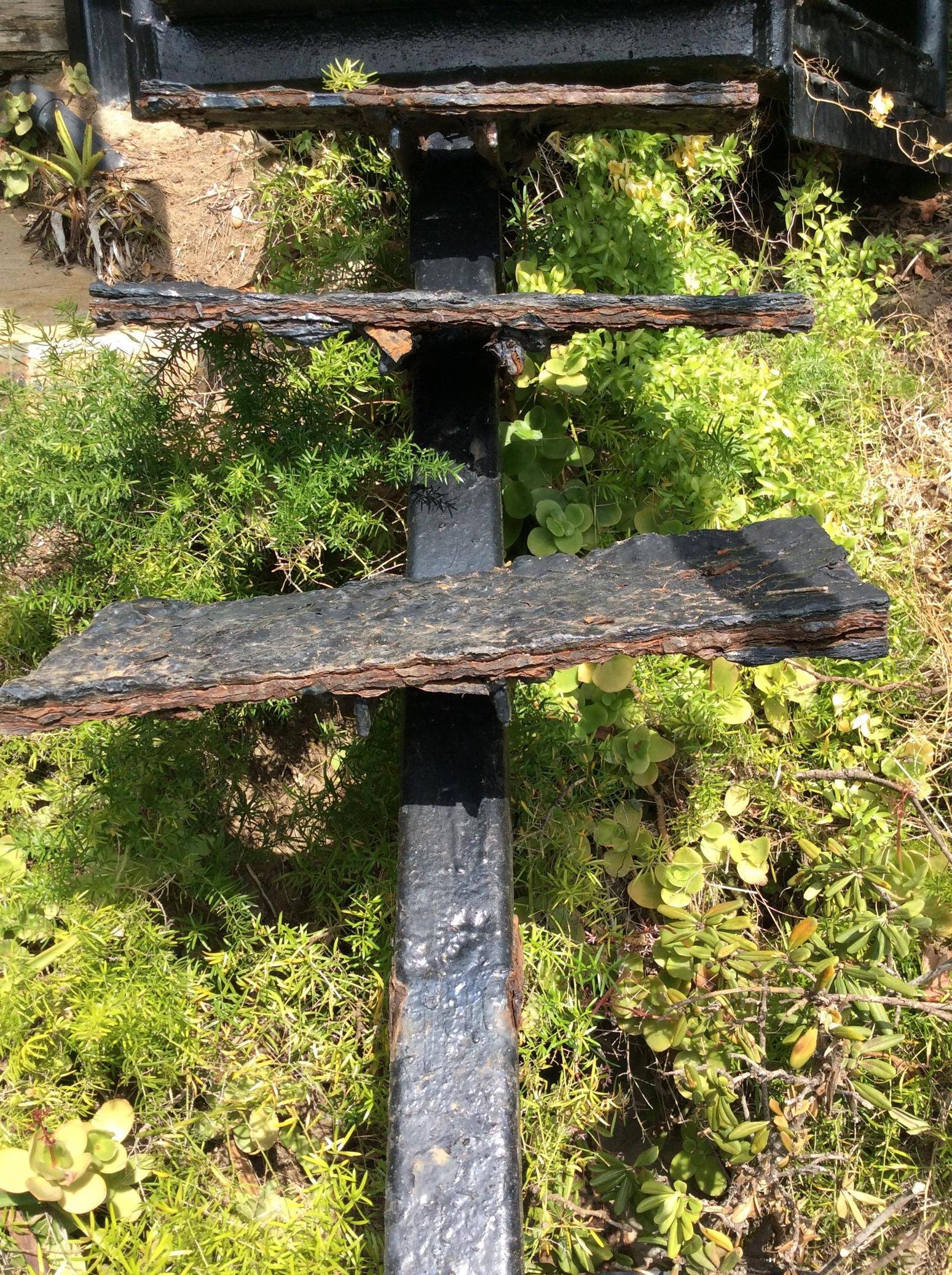 So I was hoping that by having 4/5ths of the bullet inside the a dry enclosure, including the first seam, that the body might be preserved longer. What do you think? Maybe dessicant is enough?

Additionally, the plan was to replace the front glass seam, with the identical q-see dummy cam piece, if it started to crumble.

As for deterrence, yes that is a big part. To stop the corrosion I was going to move the bullets under the deck, but then you have a hard time spotting them. Finally here is a picture from the potential perps FOV. 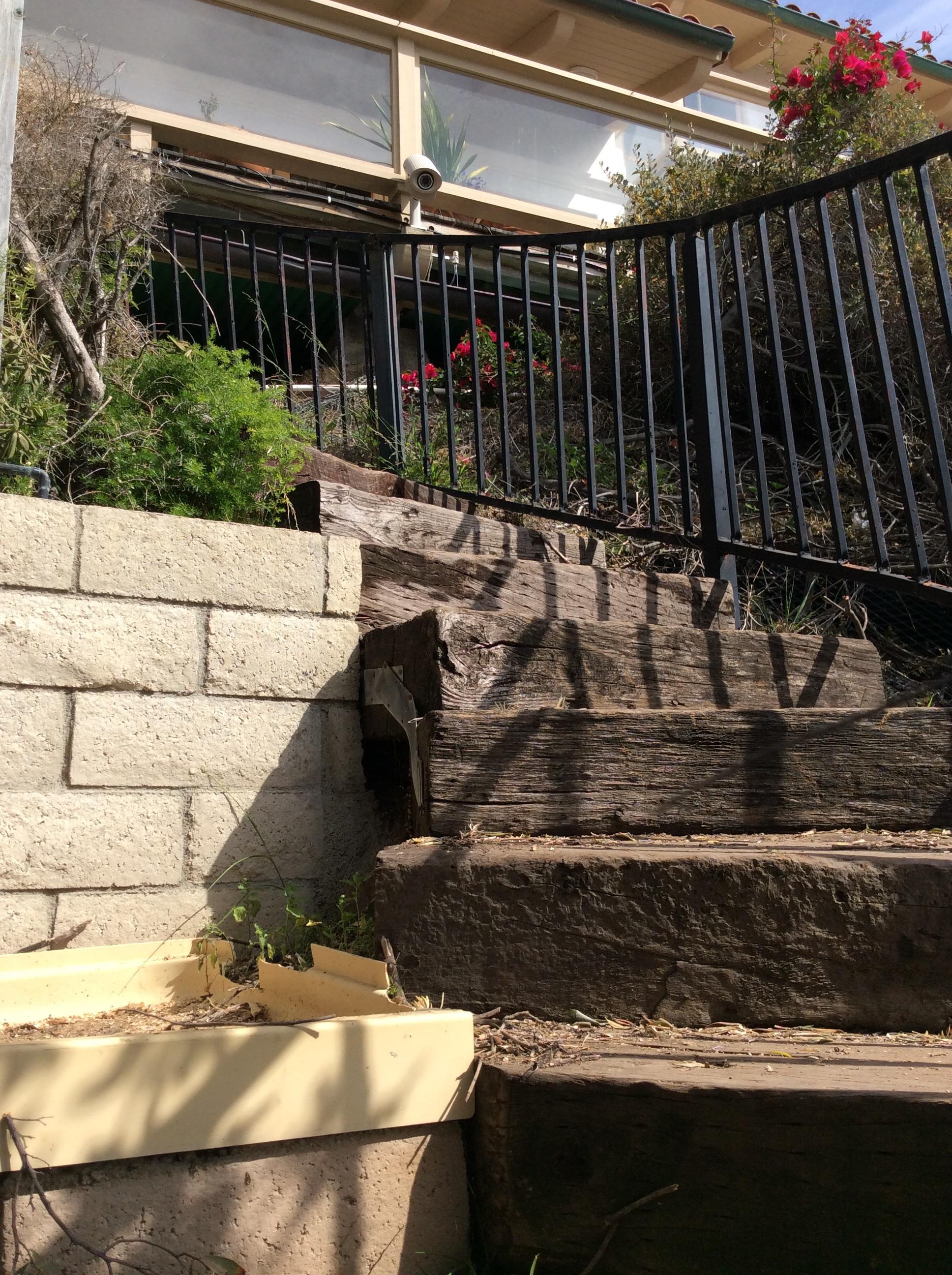 I believe that the heater and/or blower will help to stabilize the humidity in a high humid area. Yes desiccant could help this out also but just like the heater/vent in a bathroom it can help also. Plus the fan blowing on the outside of the housing in a hot 100+ south Louisiana day couldn't hurt the camera. Thank you for your time and effort Undisclosed A!