Half Million In Jewelry Stolen At Borgata, Atlantic City 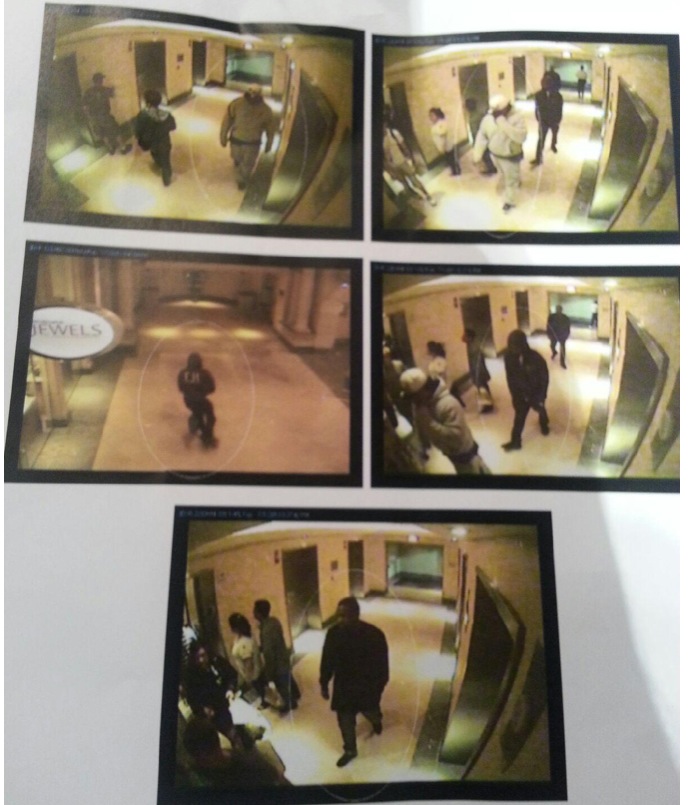 Excerpt from the article:

"Three men stole half a million dollars' worth of jewelry from a store at an Atlantic City casino in what New Jersey police are calling a brazen smash-and-grab robbery.

Atlantic City Police are looking for the men in connection to the Monday night heist at the Borgata Hotel Casino and Spa.

The men brazenly broke into the store, stole the goods and fled in a waiting getaway car, police said.

The robbers were not carrying any weapons during the heist, said Sgt. Monica McMenamin.

The Borgata, which opened in 2003, is a 2,000-room casino-hotel, with four nightclubs, a concert venue, a theater, restaurants and 11 retail stores."

Pretty damn ballsy to go in there with no guns. I have walked in that same hallway many times in my visits to Borgata. It's kind of a good location for a robbery because the parking garage is literally around the corner and the getaway car could easily get out of the casino if it was waiting at the ground level of the parking garage. There are cameras located at the elevators as you can see in the pictures. I'm just amazed there is no surveillance footage from the jewelry store itself.

Yet another great example of why mounting cameras high significantly reduces their power. Moved down 2 or 3 feet and you likely get fairly head on shots. Also, wonder if they have any better shots from other cameras?

North American Video was the integrator, seems like Borgata is pretty happy with them since they got a testimonial on their website from Borgata:

I agree though, 2 or 3 feet lower would have been helpful.

That testimonial letter is from 2003, so it's dated.

That said, the positioning of those cameras (especially in terms of height) is a very common practice and nothing abnormal about whoever installed it. I still think the fear of vandalizing cameras is too heavily weighted versus the problem of degraded shot quality in situations like this.

Wow... the light from the elevator car reflecting off the brightly polished marble floor is not helping identify the subjects, especially the underexposed subject in the last image. Would WDR have helped?

Remember that you are looking at a picture of a print out of still frames. There are untold numbers of quality loss in that process.

As far as camera angle, I agree that 7-8ft mounting height is optimal for identification shots. However, overview cams can be mounted higher. You should always have well positioned, high pixel density cams at entrances or other pinch points. Overview cams, like these shots, don't really need to be identifier quality shots.

Now if they don't have better shots than this in a multi-million dollar casino, shame on them. I guarantee that the tables are much better covered than this.

I just hope these cameras don't date back to the 2006 remodel. Or even the origianl 2003 installation.

Btw, aren't you the guy who not too long ago ran into people using tube cameras and VCRs? :)

I agree that the posted images are pretty poor but not knowing what cameras are used or the resolution, compression and frame rate they are recorded at, what I have to say is just speculation.

First of all, to those of you who criticize the camera mounting height, be aware there is no simple way around that. Unless you want to really complicate the installation with low-hanging pendants, ceilings are the only place to mount cameras in most casino (and I'm sure other) applications. Wall mounts are typically not an option and in any case would likely be blocked from getting optimal views anyway.

Second, well-made cameras should have at least a 10-year life span. Considering the huge number of cameras we have, we typically don't replace the vast majority until they approach that age. Now if someone wants to donate a couple of million $$$ and find room for the associated network infrastructure, I would consider replacing all of our analog cameras with IP HD, but until then, we will stick with our analog cameras. Not that they provide that poor a picture quality; in fact, we've received many compliments on our camera coverage and image quality.

And that brings up my third point - although some may not appreciate this, I've rarely seen what I would consider acceptable camera coverage in casinos over the years. Unfortunately, that is especially true when the cameras were chosen and installed by Integrators. Although you might think casinos would be among the most discerning regarding camera layout, setup and recording, my observations have been quite the opposite. I've often marvelled at how poor Casino Surveillance departments' coverage actually is. They often miss the simple things, like when to (and not to) deploy AGC; location choice and even camera and lens choice.

Few casinos regularly test cameras or utilize coverage maps (showing each camera's FOV overlaid on a CAD). Few casinos record most cameras at their higher-quality settings - instead opting to save money on storage and infrastructure. Many casinos use CIF or very highly compressed 4CIF at low frame rates for back-of-house cameras (like the ones shown above).

In fact, some VMS manufacturers and Integrators tried to convince us to display and record the cameras in our upcoming system replacement at lower quality and frame rate than we specified. The specification I wrote called for all analog cameras at 4SIF/D1 @ 30fps @ 2.5-3.0Mbps and all 720p IP cameras @ 30fps @ 4.0Mbps. We had to insist on that because too many manufacturers and Integrators kept pushing us to view analog cameras at 2.0Mbps and cut the frame rate for back-of-house, or what they call "non-critical" cameras. My response was "What do you consider non-critical?" "If there's a slip and fall causing severe injury or a fight in a hallway, are the cameras viewing those scenes still 'non-critical'?"

I wouldn't call overview cameras less important per se, but they do have a different purpose than a detail cam. Detail cams have a narrow "focus", where an overview cam is going to view a larger scene. I would think that both are as important as the other. I think it is easier to install overview cams in general, because all you have to do is make sure you can see what you want in the scene.

However, detail cams are generally more difficult to get the shot you want. Some might be for identification of subjects, maybe counting money in and out of a register, chips on a table, license plates, etc. This usually is a make or break part of an install. If all you have is overview cams, you really are missing a lot of info, if you are trying to identify something.

Rarely do we have an install where the client isn't concerned with identifying subjects. It is usually the very first priority and usually the most time consuming part of our design. It really sets us apart from the trunk slammer crowd that sells a bunch of 420TVL bullets with fixed 3.6mm lenses with a no-name Chinese DVR using pre-molded cable. I know that sounds pretty pathetic, but we have plenty of those guys running around this area installing 8 camera systems for under $1000, including labor. We have to educate the customer on why that $1000 system is mostly a waste.

So do you think those pictures demonstrate suitable picture quality? That is what I typically see in casino back-of-house (and often even in front-of-house). It is not only possible to get far better images from overview cameras than are demonstrated by the stills, it is not difficult to do so, if the department insists and the installer takes the time to properly select, position, aim, focus and adjust the settings on the cameras.

But that is my point - most do not. In casinos, we're typically not dealing with "trunk slammers". But even well-known casino Integrators do a rather poor job (and NAV is included in that group). Casinos don't buy cheap DVRs or 420-line fixed-focus bullet cameras (although some of the poorest may). But they do tend to buy brands without regard to the quality. Take Pelco, for instance. Many casinos installed Pelco CCC-1300/1370/1380 cameras in DF5 back boxes, including us. For years, they were a "gold standard". Then Pelco discontinued that line and came out with the C10 line, which was total garbage. Even the newer C20's are nothing to write home about.

After deploying a few C10's, and being totally unsatisfied with the picture quality, we searched and came up with the best analog camera we've ever seen: the inMotion in11S3N2D (now 11S4N2D). In fact, they were such superior cameras, we are planning to replace our Pelco C10's with them before the 3-year warranty even expires.

I've read about a couple of tools which might actually add value in cases such as these.

One interesting tool would create a texture mapped 3D model of an object from multiple images across different aspects of an object.

I would guess most software would assume the object has a static form which might yield less useful results for faces which can deform in shape over time (smile, frown, saggy jowels, etc.).

However, I've often thought it interesting that there appears to be little discussion of using the smoothly shifting aspect of a passing subject to integrate and develop much more detailed images and measurements.

Another interesting feature space is wide dynamic range image processing software. I understand there's an open source Linux piece that may enable you to attempt to integrate multiple images. This appears to be much more aspect sensitive (e.g. demands multiple images from similar aspects to properly align object of interest), so may be less useful for the case in point. However, 30 fps from a moderate distance may well provide a suitable feed to this sort of software.

In the case of a high value heist, if multiple sequential video frames are available, I would think the insurance company might do well to have a chat with a subject matter expert or academic to see what sort of wide dynamic range, super-resolution, or 3D texture mapped model might be achievable with whatever product they have. It doesn't seem like a long shot to imagine that substantially more frames might improve upon what we're seeing here.