Finally, A Camera System That Really Can Replace All Your Cameras

A 64:9 format Panasonic multicam system, intended to shoot entire sporting events at once with a single camera. 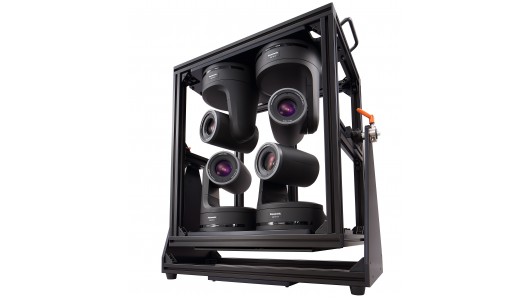 Pricing to be announced before November, but it can already be revealed as being "way too expensive for your customer to afford" and "more than your organization's entire security budget for the remainder of the decade" (source: an unusually vivid dream).

Still, hopefully security can use video shot by these cameras to solve incidents occurring in what were formerly camera dead spots. And maybe we'll get our hands on this technology in a few years.

Here is another one: Even more cameras