We have a client running an ancient ObjectVideo v4 system that is now failing. They have three FLIR cameras for about 270-degrees of coverage, on top of a 50' tower in the middle of a two-square-block yard, feeding into the analytics. This setup has been in place for around 7-8 years, but the cameras still work flawlessly.

The catch we're finding with this is that all the analytics seem to be built into the cameras now. Their 3xLogic DVR needs upgrading as well, and older versions have built-in analytics, but current versions have removed the analytics engine. 3xLogic offers one model of network thermal camera with onboard analytics that will integrate with the DVR, but it would take four or five of those (with 4mm lenses) to replace the current views, in addition to needing to get network to them.

We also considered moving the OV system to new hardware, but even that is problematic: we didn't build it, so I don't know how the OV licensing works or whether it's tied to the hardware; OV4 has several known bugs and OV's only "solution" for us was to sell us an upgrade to OV5; the Mango processing box (which also provides the alarm-out function) also has glitches of its own; and the whole OV4 system is more of a cobbled-together mix of various pieces with their own CLI interfaces and config files, topped with a rudimentary GUI. In short, the OV system just needs to go away.

So... does anyone else still make a standalone analytics system (preferably Windows-based) that will accept analog video and can trigger alarm outputs when rules are met?

Are the thermal cameras analog or IP? If you can go analog, it may add a few more options.

Does it need to be compatible with 3xLogic?

The existing cameras are all analog. The current analytics run completely standalone from the DVR - only connection is that the cameras pass through to the DVR.

We're also considering refurbishing an older Vigil and using its built-in analytics, it wouldn't be bad relegating everything to a single box. Just exploring as many options as possible right now. It will be an expensive move whichever way to we go, so I want to have several solutions to offer the client.

Staying with Vigil for the DVR is preferable, as they're already familiar with the Vigil client, using it on several dispatch workstations (so the dispatchers can check on yard activity), as well as at the alarm monitoring station (so they can look in on the site if they get a signal - see my reply to Brian).

In March VCA announced a new analytic appliance to compete against Rialto. VCA may be new to analytics appliances, but they are old hat at analytics. Not sure its available yet, but one would hope...

Other options would be CheckVideo or VCA

Not sure if any of these will do exactly what you want. I think you might want to consider what to do with the 3xLogic DVR at the same time, as some platforms have specific VMS integrations, or sometimes better/worse integrations, depending.

You may find the hardware appliance approach to be a little more flexible, but there are a lot of things to consider here.

And of course I'd highly suggest a strong field test of anything before committing to a purchase. You may find there are tradeoffs between detection sensitivity, and false-alarm rejection, that become somewhat environment specific.

Basically all the analytics system needs to do, is monitor the yard for the presence of a person (or people) within the yard after hours, and output to a monitored alarm panel - six trigger areas, six outputs, six zones on the panel. If there's more that can be done with it, we may find a use for that, but that's all it's been doing for the past seven years, so that's all that's required.

There's also a Pelco Esprit PTZ on top of the tower that's controlled by the DVR, and I always thought it would be neat if it could also trigger an alarm input on the DVR that would call a preset on the PTZ (so it goes to view the defined area)... but that's something I never got working before, so again, not something that's required now.

1) by "standalone" do you mean the server must operate without any Internet connection?

2) is it sufficient to trigger the same alarm messages via UDP to the central monitoring station instead of physically connecting to the alarm panel?

FLIR (formerly DVTEL) TRK module for each camera. Depending on the wiring to the PTZ you wish may come true.

Hmmmm now that is interesting! Thanks!

...I don't know how the OV licensing works or whether it's tied to the hardware... 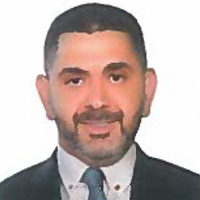 Check at Ipsotek. They are a UK based company. However, depending on what kind of analytics that you want, they may turn out to be quite expensive for your application.

check out Geutebrueck, a standalone analytics System, Windows based, accept analog and IP and can handle Alarm in and Outputs. 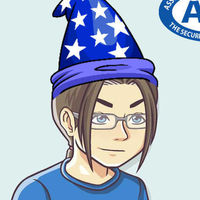 GeoVision hybrid DVR should be able to do it. Using their analog encoder card and the older DVR software has many advanced server side analytics. You can order the DVR right from them and get the I/O card that will output Pelco control codes for PTZ control. With a little programming, sending the preset string to the PTZ is very doable.

If the Cameras are ONVIF, I would check out ICRealtime... their analytics are all in their NVRs.

As Cortina mentioned above, the TRK units by former DVTEL, former IOIMAGE will do exactly that.

The rack mounted TRK4000D (http://www.dvtel.com/products-solutions/video-analytics/encoders/trk-4000d/) will take the analog cameras in and provide analog out to a DVR with alarm out that can be triggered om analytics events.

the 4th channel can control the PTZ for tracking, based on a handoff from any of the fixed cameras.