Help - Who Makes This No Name Camera?

Well this one's a treat... we got invited to check out and possibly quote for upgrading a dozen cameras in a condo tower, as a couple were failing and they were really unhappy with the current system. We figured, let's go in, give it a look, bring down a Vigil NVR, hook it into their network, and see if we can get their cameras working on it. Well, I've managed to get Vigil to work with a number of "unsupported" cameras using either ONVIF, or its generic RTSP and HTTP support... when the camera's full URL/MRL to pull a stream is known.

Unforunately these cameras give NO indication of who made them or what kind they are other than probably some cheap offshore OEM thing... the software is logo'd as mEyeNET but appears to be some sort of free NVR that was likely bundled with the cameras (the machine actually has Exacq installed as well, but it's not being used). The cameras are actually decent image quality, but the software is absolutely horrid.

Ultimately, we'll probably quote to replace the cameras as well as the NVR, but since there's not really anything wrong with the cameras, we'd like to save the potential client a bit of cash by re-using whichever ones we can. To do so, though, I'll need to find out the URL/MRL for them (eg. rtsp://192.168.0.xxx/something/stream.asp or whatever), and for that, I'll probably need to figure out who makes the damn things.

I have a couple screenshots of the CMS here: 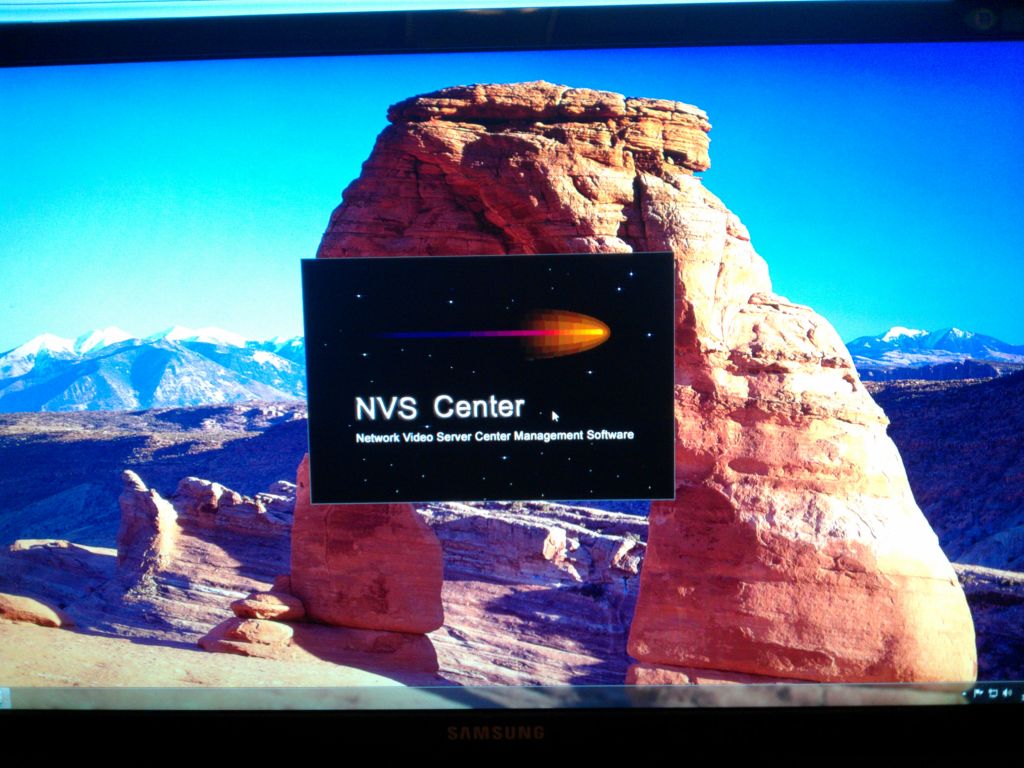 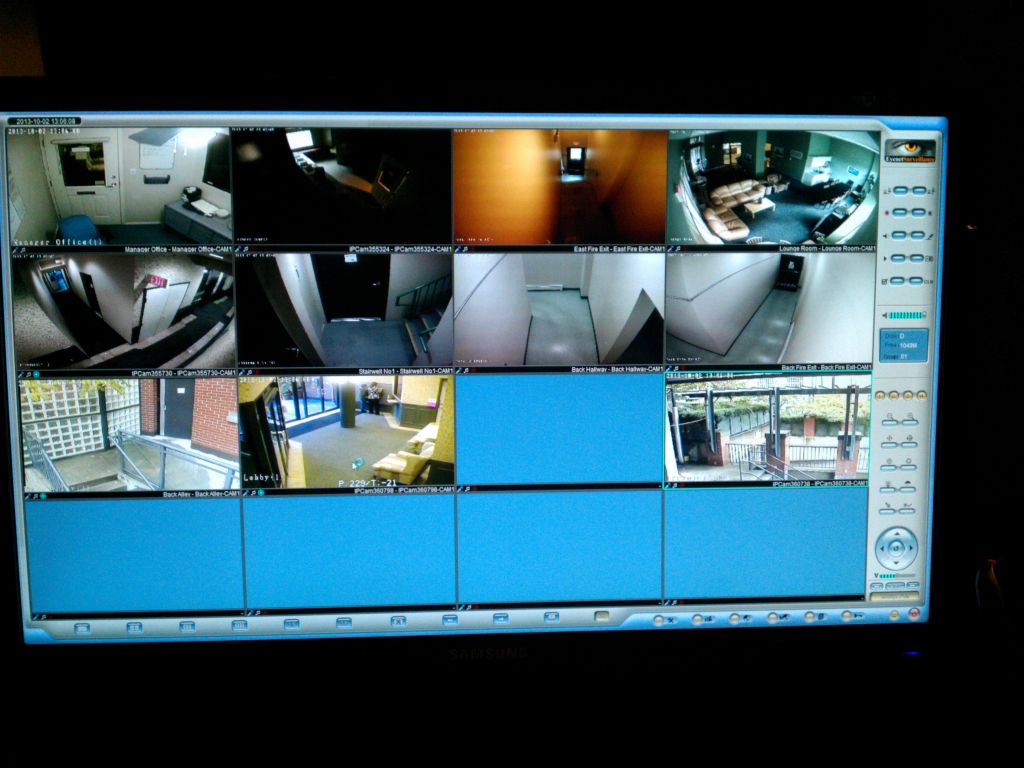 And here's one of the camera's login screen - kinda reminds me of an ACTi, but the ACTi finder utility didn't work, nor did the ACTi settings in Vigil: 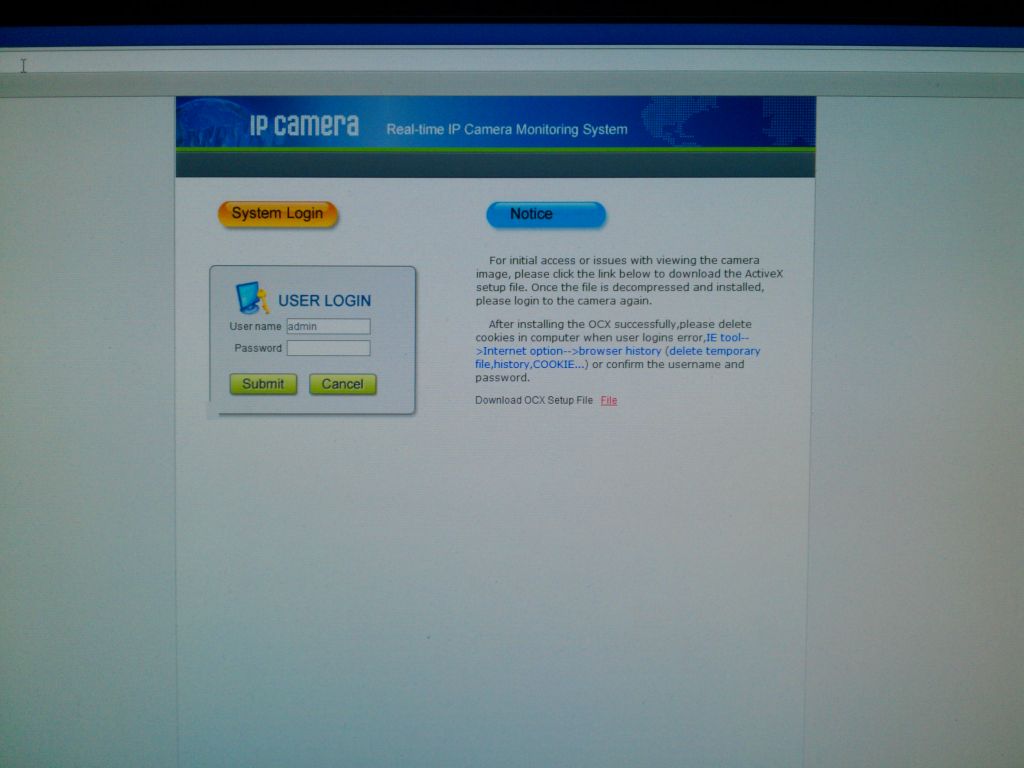 (I do have some screencaps of the cameras' interface as well, coming shortly...)

Anyone has any idea what brand these things are???

Can you send me a MAC address of one of the cameras?

I tried a couple different MAC 'reverse lookup' engines and both came up with NOTHING, on either the full address, or using just the first three octets, which should normally at least be enough to find a manufacturer for the interface...

Isn't that strange how no company is associated with that MAC.

Take a look at the HTML source to see if you might see anything in that.

Yeah, even ieee.org lists nothing:

Here are the results of your search through the public section of the IEEE Standards OUI database report for 00-4a-20:

The public OUI listing contains no match for the query 00-4a-20
Please back up to the search page and try again.

May be try to decompile and analyse ActiveX

Well, I would have, but I left my ActiveX decompiler in my other suit...

Is this the VMS from Beward?

That looks like it, yep... and the one box cam there, the B2.920F, looks a lot like the ones on the site (except theirs looked older, more squared-off).

Matt, what does this logo say in the top right corner? 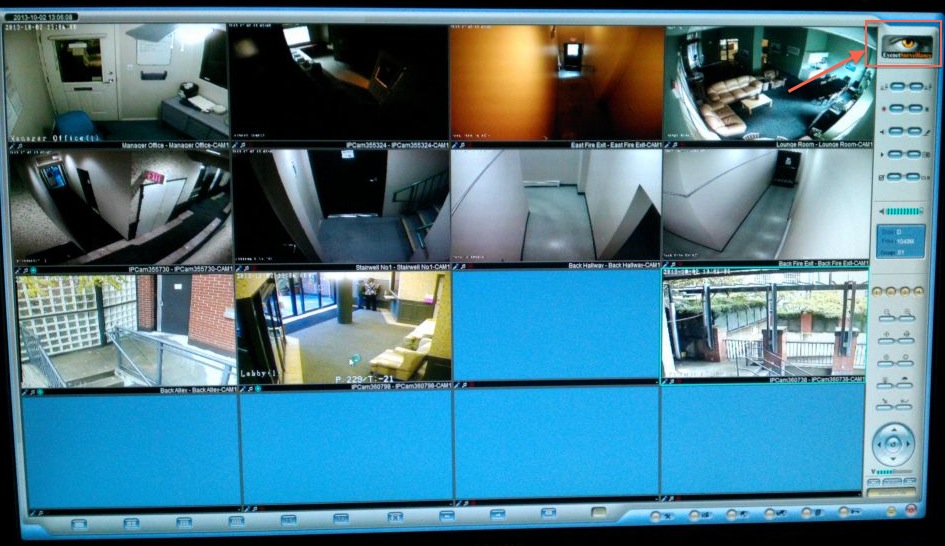 From what I can find online they are the OEM. Beward and Wellcam are the same company.

"Wellcam Co.,Ltd was founded in 2005, is a group of companies professional in digital video solutions for IP surveillance applications, IP Camera and Video Server products. With industry-leading experienced R&D Team in Russia and manufacturing head-offices both in Russia and Hong-Kong Beward Corp. achieved reputation of a reliable partner and supplier of CCTV systems among installation companies and bulk-suppliers.

Duncan, great info! In looking through the Wellcam product listings, I see what look like exact matches for the PTZ in the lobby and the fancy IR dome in the office... I think you're on the right track here. Now if I could just find the info on their RTSP URL... :)

The logo says "EyenetSurveillance" - apparently a local company, probably the ones who installed the system in first place (I'm told some 7-8 years ago, although most of the stuff seems much newer than that: the NVR is running Windows 7). 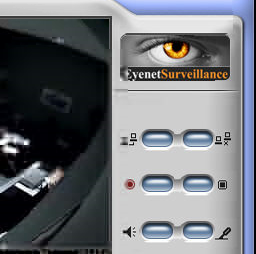 Got some screenshots of a camera's config screens: 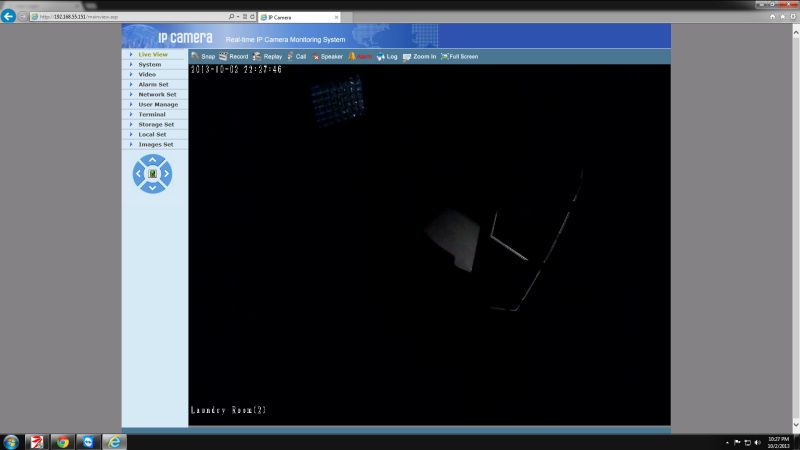 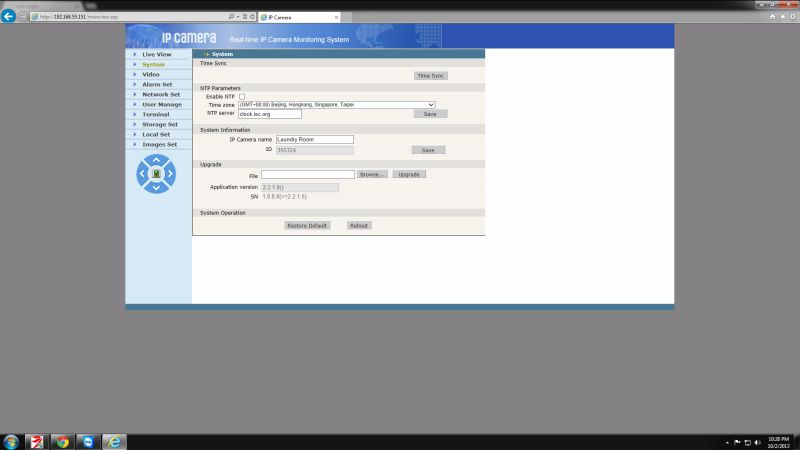 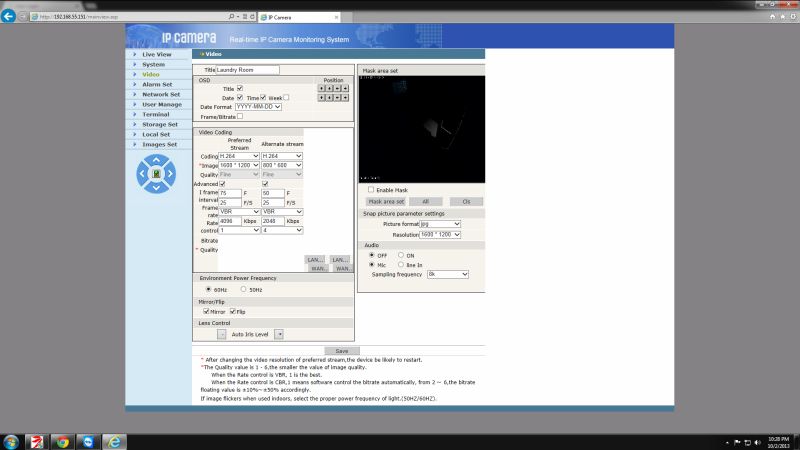 It's very weird that the camera web interface has no brand at all. Typically this is done for OEM customers who would then add in their brand? Do you know who your customer bought these cameras from?

I expect the original install was done by Eyenet, since they appear to be local... the NVR is confusing, as it also has Exacq installed on it, but not running, almost like they took an existing Exacq system and just put the Beward(??) software on it... maybe they couldn't make their cameras work with Exacq?

The whole thing smacks of a bulk purchase from Alibaba... most of the cameras are the box models, although there's one dome on an angle bracket in a hallway (seems completely out of place there with the others being boxes), a PTZ in the lobby (I can't say for sure, but it seems to have separate RS485 wiring rather than control through the ethernet), and I'm told a couple big heavy-duty domes outside (that I didn't get a chance to look at), as well as some sort of funky-looking IR dome in the office. They LOOK like they're all different brands (no consistency in appearance, AT ALL), but the web interface is identical on all of them, as are the leading octets of the MAC addresses.

If the main goal is to get the RSTP/MJPEG uris, then one way to get hold of them would be to install Wireshark on your laptop, then connect the laptop to their network. Open a browser to one of the cameras, switch to a settings page or something without video. Then start network capturing in Wireshark, switch to the browser and press the Live view link, then stop network capture in wireshark. If you then go through what was captured in Wireshark (filter on the cameras IP), you should see what uris etc is called for setting up the video stream in the browser.

It might take some practise to get used to how to find the right information, but it's easily the fastest way to find this and other information related to communicating with a camera when you don't have proper documentation.

Oh duh! Why didn't I think of that? :) I've used Wireshark before for similar purposes (monitoring POS data). Thanks, I'll give that a try when I get the chance.

Sean, thanks for that suggestion too. I don't have direct access to the system, but I can remote in, so I can test that in VLC later.

Its a long shot but try this:

Obviously you will want to change the capital letters in this string to fit your scenario.

Tried, but no luck. Also tried Vincent's suggestion, without success.

I found this manual by using Google. It could be your software. If you have Exacq, I would use that. Can you provide a photo of the camera?

Definitely not the same software. Exacq is on that machine, but not in use - I suspect the original installer may have tried it but couldn't make it work with those cameras.

Anyway, our plan is to quote a new Vigil system, and SOME additional cameras, but we'd like to re-use their existing cameras if at all possible, to save them money.

If the cameras are ONVIF then you can try using ONVIF Device Manager from Synesis to connect to the camera it should have the camera manufacturer in the identification tab as well as the url stream. This is free software.

Thanks Bill, I'll try that if I get the chance... although we did try Vigil's ONVIF support with the cameras, without success.

I use this program to test "off brand" Cameras to see if they are really ONVIF or not. Under information tab it will give manufacturer name country and model number if possible as well as what version ONVIF the camera is using. At the bottom of screen it will give the url stream.

Cool... except the link is broken. "Oops! Google Chrome could not find en.synesis.ru"

Never mind, found it on SourceForge. Looks slick, found my Dahua cameras right away. This could be very helpful, thanks!

So ONVIF Device Manager found nothing, didn't see the cameras at all... didn't see them when I added their IPs manually, either. Tried Wireshark on the machine but couldn't see anything relevant immediately, although I did capture a couple minutes' worth of data and downloaded it to home - just installing Wireshark on my desktop now to give it a closer look. I did notice there were a *LOT* of "Malformed packets" though.

Even if it appears to work initially, will it always work? Will it be reliable?

I don't see why it wouldn't continue to work, unless the camera actually fails. Pulling a stream from an H.264 camera is USUALLY as straightforward as sending a URL like "rtsp://xxx.xxx.xxx.xxx/some.stuff/wonko.avi?parameters&more.parameters" (or even just as simple as "rtsp://xxx.xxx.xxx.xxx"), and then the DVR might need to do some specific decoding of the cameras's stream. There's no reason any of that would change over time all by itself unless something does an auto-update that breaks it.

Matt, I've worked in IT for pert near 16 years. Be careful of "never" and "if it works it should always work". Bad processing of packets, bad firmeware code, buffer overruns, sliding windows that get stuck (tech joke).... Not trying to be a harbinger.

Having worked in IT (or with computers in one way or another) for pert near 30, trust me, I know what can go wrong... barring outside factors such as actual failure of the physical chain (bad switch, damaged cable, cooked electronics) or the introduction of outside influence (someone installs a new high voltage feed across one of your runs), yes, things SHOULD always work the same.

Thing is, any of these would affect things pretty much equally whether I get it working on a new NVR, or it just keeps running on their old NVR. Frankly, it would probably be better off on a new NVR simply for the introduction of new equipment vs. an older PC.

Well put and I hope I didn't come across as condenscending.

Please see if the camera is from ZAVIO as the design seems similar.

Thanks for the lead, Tim... is there maybe a finder utility from Zavio that I could try, or some other way to confirm?

Hello Matt, try the site below for the software. It looks to follow their GUI but I'm not positive as there are lots of GUI that are being shared now.