I couldn't find any way in the Camera Finder to filter on "Thermal". The only place I even found that in the detail pages was under "Low Light", listed as "0.0 Lux Thermal". I narrowed down the search quite a bit by setting a max resolution of VGA, but that still shows me a lot of standard visible light cameras.

I'm looking at something along the lines of the 3xLogic VT-series; the drawback with those is the narrow FOV: 20 or 36 degrees - I'd need 8 of them to cover the 270-degrees total area I'm dealing with. They also claim a maximum 250' detection range, which would be... borderline for this site.

Right now I have a FLIR Wide Eye and two SR-19s on top of a 60' tower watching a two-square-block storage yard, all about 10 years old, and they're starting to have imager problems. I just replaced the old failed ObjectVideo system with a set of FLIR trk-101 standalone analytics processors, but in the two years it took to get all this approved, the cameras have started to fail (I suggested replacing them in the first place, but the cameras were still "fine" then).

The trk's can accept both analog and streamed input for processing, so if I have to go with straight IP thermals, I can do that as well, but I'd love to have the processing onboard and do away with the separate boxes (they have other issues of their own).

If you can't find Thermals with on board VA try the combination of Flir or Axis Thermals combined with AVIGILON RIALTO for Analytics. We have some large Pharma's here using that combination for perimeter protection with great success.

Right now we don't have a way to filter thermal cameras. After the release of Calculator V3 I'm hoping to do some Finder reorganization and search options for some specifics that aren't there now. I'll take this as a vote for that feature.

Side note I forgot about the FLIR WideEye, wow. What detection range are you looking for? You mention 250' being borderline, but if you're looking for wide FOV I'm not sure you'll find much longer than that.

Looking at Google Earth, the farthest corner of the lot is 462'... on the ground (not accounting for the 60' camera height). Currently that's covered by one of the SR-19s though, which is VGA resolution (Wide Eye is CIF) and a much narrower FOV.

The orange here shows the perimeter of the yard. The tower is marked in the center; the yellow circle is a 400' radius. 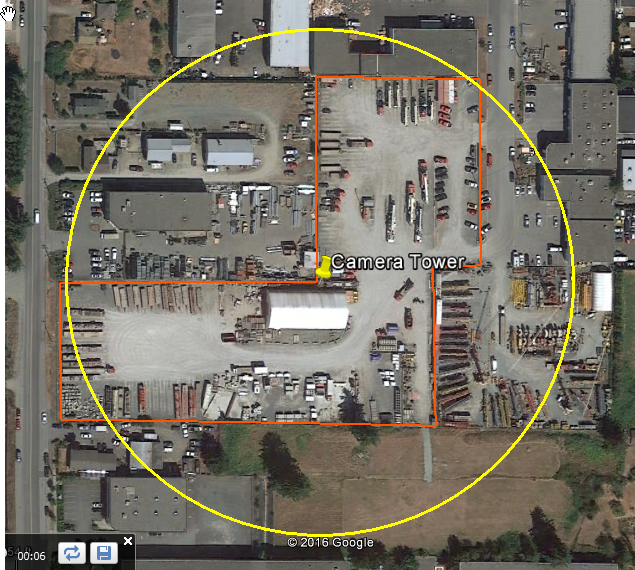 The Wide Eye's two imagers capture the north-east and south-east regions; one SR-19 gets the south fence, the other (the greyed out one) gets everything out to the west fence, and some of the south-west corner. Both SR-19s are partially blocked by the cover-all, which of course, was added AFTER the tower base was in, but before the tower went up, so we at least had the chance to add another 10' section to the original planned 50'. *rolls eyes* Fortunately we're just running intrusion detection, so anyone coming in needs to pass through their views one way or the other.

If memory serves, we were right at the edge of the Wide Eye's detection range as well, although it's done the job for the past 10 years, and I'm not aware of any falses due to animals in the area. 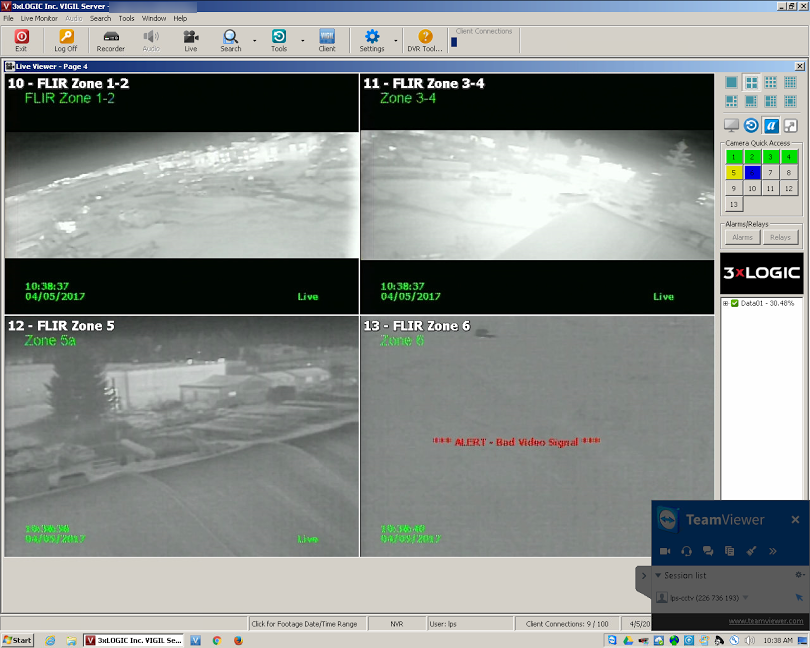 From what I've been able to find so far, it looks like the only drop-in replacement for the SR-19 (analog out and 24VAC power) would be a FLIR FC-Series S (FC-690 would give me a 90-degree FOV, according to their spec sheet - I could replace the lot of them with four FC-690s). Everything else I've found is IP-only.

The HIVISION Thermal has a wide selection of analytics on board.

Thinking outside the box for a moment, something like ground-radar seems like a much better solution for this application.

Three of the C20's from SpotterRF can do 360-degrees with over an 800' radius. The functionality and analytics would be well beyond what you can do with thermal imaging I would think.

I don't remember what the MSRP is exactly, but I know the C20's are the most affordable.

Interesting... I'll give that a peruse in the morning. I don't know if they'll be into replacing the entire thermal setup with something completely different, but ten years on, the technology has evolved a lot.

So from what I can gather, this is ground-based, so probably wouldn't go on top of our tower... and that would have a problem with the cover-all and all the stored equipment. Or the units would have to be mounted on the perimeter, which would require a total re-do of the infrastructure.

Definitely something to keep in mind for other projects though. 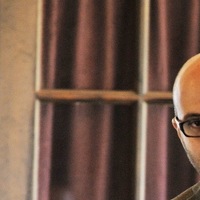 You can try Perimeter Defender. It has a 60 day trial license and a design tool that allows you to drop “cameras” on a map and immediately see approximate detection ranges and blind spots. I'd use the design tool first to see if it's a viable option.

As mentioned above there are various ACAPS that can be added to the cameras.