Does anyone have an opinion on a intrusion system that they would consider solid and virtually hack proof and most difficult to get by?

Fort Knox is quite decent: 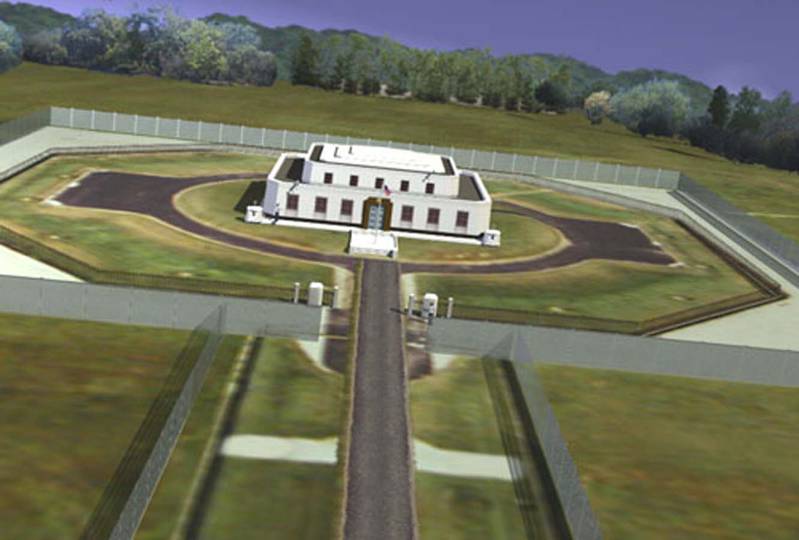 In all seriousness, can you qualify a little about what you are looking for? Residential? commercial? military? Any constraints on price or logisitcs?

Developing a high-security intrusion detection system is not so much a matter of product selection but rather a design strategy. This strategy includes providing multiple "layers" of detection capability and redundancy in both control equipment and communications to the alarm monitoring center.

For example, on the detection side, you might have full perimeter protection (door contacts and glass breakage) as well as complete interior motion detection in all areas. Something as simple as a concealed contact switch on a few interior doors can provide another layer of protection and can fool even the most sophisticated of intruders if he was not suspecting it. The more layers of security that you provide make it exponentially more difficult for the intruder to get around everything.

A few of my high-security clients actually use two separate alarm companies; one for the perimeter of their space, the other to protect the interior areas that contain their valuables. This makes it difficult for any one person (such as a dishonest alarm installer or central station operator) to compromise the facility's overall security system.

I agree Michael, multiple layers of security is a good start, but I would like to elaborate on the use of high security devices, and the advantages they offer. To take steps further such as the use of high security door contacts, which generally have biased magnets, which are a little harder to defeat, but they are also anywhere between 2X-4X the cost compared to the standard door contact. So it all depends on how high secure you want something, and if you can justify higher cost for more secure devices vs. more layers, or both.

Also the locations of mounting devices should be considered as well, you dont want to have devices mounted in locations where they will detect you if you want to disable them, so don't put them on the entrance of a hallway looking down, put them in the middle looking back if that makes sense.

Also the use of wireless anything is not a good plan, hard wire you stuff and that will minimizes at least one vulnerability. Also using supervised circuits will provide some tamper detection, which most systems should be using to begin with. Have multiple paths to your central station whether it be phone/internet/cellular, something to have redundancy. Also see if your central station has the ability to increase the frequency of performing a check on the system for comm failures. My company does one weekly, but we are able to perform tests every 15 minutes if needed.

@ John, to expand on my question, It would be a commercial application with highly sensitive inventory. Price is not a objection, carte blanch.

Reply Edit
Delete
Create Topic
Ban post
11/20/14 04:25pm
John was being funny but on target. If you are talking about a reliable, attack resistant intrusion detection system understand that they don't stop access to the facility, only insure a high likelyhood of detection. Fort Knox uses physical barriers and nearby tanks to secure the facility once a detection has been made, making it hard to get in and harder to get out. How will you delay or deter? How will you detect and will that be early enough to respond? How will you respond? Yes, I have done ULAA and UL2050 facilities as well as "secured areas" where you pass a sign that says....and means "unauthorized access will result in the use of automatic weapons". Only the last one would I consider "almost hack proof" due to the fencing, clear area, multiple security officers and ability to use live fire. Even then, money was a consideration.
Reply
Agree Disagree Informative: 1 Unhelpful Funny Fav

The best advice I can give you is to find a solid Integrator who has a stellar reputation in the community. Work with them and develop a long term, mutually beneficial relationship. The integrator should have manufactures training and certification / design build experience.

Concentric layers of security work best (harden your target as you get closer to it.) I also agree that hardwiring is best. Mixing your system with beam sets and Video based analytics will work very well. In your target area, hardwire your openings with Biased contacts as indicated (always supervise).

Again, one of the most important things you can do is to partner with your Integrator. Select an Integrator that will provide you a high quality installation. If you install the best and use a cut rate integrator with little or no manufactures training you will get what you pay for – trouble.

I agree with the 'layer' concept, however it should start at the exterior perimeter, not just the perimeter of your structure with glass breaks and door contacts as stated above. Use detectors and technology to trigger and drive cameras at the first point of intrusion (possibly the fence line), then create layers and redundancies back toward the high security inventory.

Also, just curious a previous post above - would using wireless detectors fall into your below statement?

"Also the use of wireless anything is not a good plan, hard wire you stuff and that will minimizes at least one vulnerability."

If so why? When using a wireless perimeter devices such as a photobeam or detector, what is your vulnerability?

I was referring to devices that wirelessly communicate back to the panel. PIR, and beam detectors, are all great devices, but if you want it secure, I recommend you hard wire them so their signals can't be jammed or intercepted.

It's called a Type 1 SAS - totally encrypted - only available to government.