What Can Be Done To Stop Future Bombings?

We've all discussed the reasonings behind what wouldn't/couldn't possibly work....

Anyone have an idea for what might help to really secure such an event?

It was a pressure cooker in the back pack - that is a very large and unsual object - perhaps some sort of detector?

For traditional means: block out entries/exits and bag search attendants?

You really want to search the thousands of bags that are carried at marathons, stadiums, etc.? :)

According to news reports, the bag carried a mid sized Fagor pressure cooker, something like this: 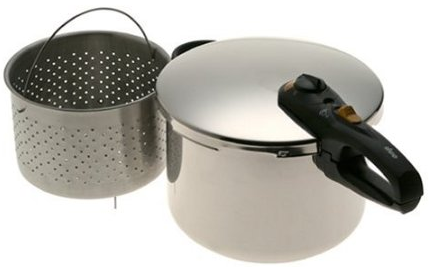 Even the biggest 10 quart one only measures 17.3 x 11.3 x 10.7 inches and is 10.6 pounds. That's a big backpack but certainly small enough that it would be equal or less than many other legitimate backpack wearers.

But who carries heavy backpacks to a watch the ending of a marathon?

Evidently the high school students who were falsely accussed on the home page of the NYPost. When you have thousands of people at an event, I bet there will be quite a number. People carry food, drinks, extra clothes, etc. There's lots of non terrorist reasons to carry a filled backpack.

Any machine where people need to be queued up and run through a machine is going to be (1) problematic in open air events like a Marathon and (2) will cause massive delays. Are you going to turn events and stadiums into airports?

"But who carries heavy backpacks to a watch the ending of a marathon?"

Me. If I go to an event like this I'll often bring my DSLR bag. It has about 25 lbs of gear in it.

I maintain that nothing can really be done that isn't simply 95% theater....

Measures will be implemented that purport to make people 'feel safer', yet these measures will actually do nothing at all except make events like this more annoying to attend/participate in than they were before.

I further maintain that if you buy a pressure cooker and nails on a single store receipt, you will probably get yourself on the newest 'watch' list.

While officials can certainly harden the start/finish/staging areas better (with more inspection/control) - how could they possibly secure the entire 26.2miles of open road?

Every year I visit the "island" surrounding Sydney Opera House during NYE celebrations. The organisers block off all entry/exits and erect about four 4m x 4m tents manned by 4 officers each that checked all bags entering the area. Here is what it looks like (there are 3 sides that each looks like the photo): 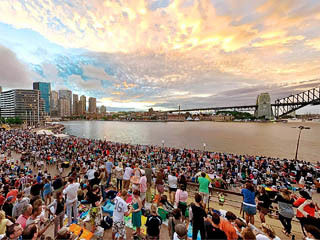 Unfortunately I could not find the attendance figures but I am pretty sure the number was over 15000 (the Opera House itself holds 5000 and the two sides around the building are larger then the building itself. There where 1.5 million in the nearby CBD area watching the fireworks)

Perhaps a combination of police separating no-bags and big-bag carrying people who are then diverted to bag checks or scanners would be a solution?

One possible analytic is detection of a bag separating from a person - but its going to be relying on the chance of that the incident is both in the FoV of a camera AND has not been blocked by another person. Perhaps an overhead camera system has he best chance of coverage in this case - and it may be possible to implement with a device like the TOTUS along with a suitable analytics plugin.

However I believe the only way to stop suicide attacks is to restrict bag sizes (I sorry Brian but perhaps you can take the SLR and/or search bags/scanner/sniffer dog - its annoying but each spectator only needs to endure 1 minute of inconvenience for everybody's safety.

Locking the entire event down to guard against a statistically insignificant occurance changes the very nature of the event.

By implementing knee-jerk, 'we can secure anything if given enough taxpayer money' unrealistic 'safety' measures, we give terrorists exactly what they wanted. To destablize our way of life.

Hardly surprising to see that these simple tactics work, since most of us apparently require a false sense of security coupled with Dr. Phil psychological soothing every time any violent act occurs that is outside of the normal rampant handgun deaths that our psyches have been conditioned to accept as 'normal'.

Bohan said, "its annoying but each spectator only needs to endure 1 minute of inconvenience for everybody's safety."

I doubt it's going to be just 1 minute. Maybe in Sydney, they have solved this problem but anywhere they have such checkpoints and screenings, it means long lines, waits of 10, 20, maybe 30 minutes, restrictions on going in and out, etc. Beyond that, in a city environment, like downtown Boston, it's not clear how you could logistically maintain it. Do you wall off a section of the city? How do you ensure that terrorists haven't already planted bombs inside buildings in the interior, etc.?

I just got back from Oklahoma City's "Memorial Marathon" that ran this morning. There were two noticeable security differences from previous years:

1. A uniformed officer was visible at all times, no matter where you might be along the 26.2 mile route.
2. Backpacks, purses, and diaper bags were prohibited from the race and spectator positions. Clear plastic bags were issued to all runners to keep valuables on person.

I say this with sincere sensitivity to the victims of Boston: These 'enhancements' were worthless. Like most knee-jerk responses, they are costly and ultimately did not address the real problem.

First of all the police presence, while increased overall, was sufficiently dispersed and isolated such that any threat would've cost officers valuable time in transit during response.

Secondly: The backpacks being prohibited affected the runners the most - since when are the runners a threat? - and the spectators just opted to roll in ice chests or baby carriages in lieu of having a convenient pack.

There were no more dogs than normal. I asked a K9 officer's handler why they didn't have more dogs, and the answer was simply "We have no more trained dogs to bring'. It was a reminder than everything has a cost; in terms of money, time, and scarce resources like trained animals.

If some evil entity had wanted to bomb or even mildly disrupt the event, they could have. The problem trying to be mitigated - the propensity of cowardly evil - is always going to be out of the reach of engineering controls, no matter how high tech the protections get.

You have to ask yourself what would I tolerate as far as security intrusions to see an event such as this. All of these measures are trying to prevent an occurrence that might happen. If these measures fail or are controlled by the government by establishing stupid TSA type rules.

We can flood the city with cameras and analytics, facial recognition, security arm bands, access control to certain areas, whatever technology you want to throw at it can always be circumvented with a little pre planning.

Example: I have been to many a gun show. There are usually 4 to 5 police officers that weigh about 300 pounds and long in rank. If you bring a weapon to sell it must be unloaded and you must not have any ammo for it, loose, in magazines in boxes, no ammo. They check your weapon, clear it, and tie wrap the weapon so it won’t fire. Not a special tie wrap, not a serial numbered tie wrap, nothing special. They do not wand you or physically search you. You turn right, and there are tables and tables of ammo. If a dealer wants to look at your weapon he cuts the tie wrap, looks at it, then replaces the tie wrap.

I want to add a comment about the FBI investigations that were conducted. I wish they had been more successful and I hope they will cause a change in procedures and policies that are still within the civil rights of those investigated.

The "Celebration of Light" fireworks competition (formerly "Symphony of Fire") in Vancouver, which takes place over three nights at the end of July (used to be four nights), draws on the order of half a million people PER NIGHT to the shores and bridges surrounding English Bay, as well as thousands more on boats on the Bay. As far as I can recall, since it started in 1990, there's never been an incident more serious than some isolated drunken fights. Police presence is usually pretty substantial, but probably 95% of their job is pouring out open liquor and hauling a few sloshed folks off to the drunk tank.

"Securing" such an event would be impossible, with probably 10km of waterfront where the bulk of the visitors congregate. 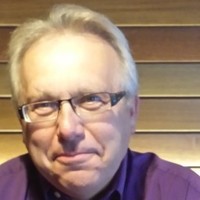 Stop? Doubtful. Temporarily deter and delay more probable. A better question would be how do we negate the need for people to even want to perform such acts in the first place. Yes naive thinking probably but let's look at the root causes instead of the symptoms.

A very reasoned piece from the Cato Institute..... though it won't win the author a key note slot at ASIS 2013 :)

The False Security of Surveillance Cameras

Maybe it should - this industry in general could do with a little dose of reality.

"Dispersed “Little Brother” monitoring by private cameras can provide many of the benefits of centralized “Big Brother” surveillance by governments — but without the public expense or risks to civil liberties."

"That we can identify suspects from video footage after the fact — knowing the time, location and method of the attack — does not make it realistic to suppose an observer at a monitor station could have identified the impending attack and intervened in time when those on the ground did not, however comforting that supposition might be."

"Dispersed “Little Brother” monitoring by private cameras can provide many of the benefits of centralized “Big Brother” surveillance by governments — but without the public expense or risks to civil liberties."

"That we can identify suspects from video footage after the fact — knowing the time, location and method of the attack — does not make it realistic to suppose an observer at a monitor station could have identified the impending attack and intervened in time when those on the ground did not, however comforting that supposition might be."