I installed my first HDCVI system about a week ago and I must say Im very impressed. My install consisted of the following

Just wondering if anyone else has tried...

Hi Keith. Thank you for sharing your experience.

The dahua hdcvi dvrs use their same app as their normal dvrs. idmss and gdmss. The dahua 4 and 8 channel hdcvi dvr is $93 and $130 respectively. How much cheaper can it get?

Keith, are you sure that HDCVI is cheaper than analog? 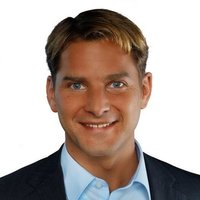 We in Switzerland have a strong markup I worry about selling HDCVI because if the clients google HDCVI and see directly the dahua prices :-) is there any idea to solve this problem? per example name it SDI 2.0?

03/27/14 06:06pm
We simply sell it as 720p HD. We dont get into the technology unless we have a technical customer. I dont see any reason why hdcvi won't simply replace hdcvi. Jon do you have plans to test?
Reply

Those prices are about what we pay for lower end analog, so I am pretty surprised at how inexpensive it is.

Correct me if I am wrong but HDCVI is a Dahua trademark. It's a type of HD SDI that claims extended range and is being 'standardized' by the HDcctv Alliance.

Keith, where are you getting Dahua HDCVI? My understanding is that in the US, it is not directly available.

I am just curious. I can believe it would be inexpensive, I just don't know where it is being offered.

I know where to buy some from an OEM (I don't work for them, I'm just a loyal customer).

Let me make a correction. I dont think you can buy Dahua branded products in US. When I am referring to Dahua HDCVI I am referring to OEM Dahua. Which is basically the same product with no brand name. And you are correct. Nelly is a great place to get HDCVI at a very low price. I am a loyal customer also.

Most US resellers only have up to 8 channel DVR models. I should be receiving a 16 channel DVR in the mail tomorrow directly from China.

If this is a "branch" of SDI, is it safe to say it uses coax cable as well?

Putting on my double-sided "Installer" and "System Designer" cap, reliance on coax cabling is, IMO, one of SDI's main drawbacks: it's fine (in concept, if not necessarily operation) for retrofitting on existing infrastructure, but for a new installation or even an upgrade where I'm adding more cameras, a need to pull in more coax is far from attractive - it's an expensive, bulky, heavy, hard-to-work-with, single-purpose cable that won't be any good for anything other than supported camera transports... and I still need to run a separate power feed, which makes large bundles even more troublesome.

At least with 960H analog, I could presumably use baluns with Cat5e or Cat6, which is cheap, plentiful, easy to pull in large bundles, lets me run signal and power over a single run, and useful for all manner of other things (including VGA or HDMI to a remote monitor).

Of course, for me, the point-to-point infrastructure is a major drawback to all these systems as well. Analog gives me at least SOME ability to run multilpe signals on a single multi-pair cable, while IP's ability to "consolidate" bi-directional communications of all sorts (not just cameras) over a single transport has saved me major design headaches in some recent jobs.

Matt, Sean from Nelly's has told me that the HD-CVI units work with CAT5e via baluns as well.

Another great benifit of HDCVI is the ability to control OSD menu from DVR are even remotely in CMS. I think this feature is only avalible on dahua or dahua oem hdcvi.

That's a plus... everything still must be home-run though.

Thanks everyone for the input. Good discussion!

I talked with Nelly Security about HDCVI availability and pricing vs IP. They mentioned that their HDCVI cameras are priced around $75/pc and 4 ch DVR is priced at $113 and 8 ch DVR is priced at $165. By contrast, the lowest cost IP camera (1.3MP) is ~$130. NVRs are around the same price as HDCVI DVRs but require an additional PoE switch. So apples to apples, HDCVI is notably less expensive than IP.

We are going to lineup a test. Just like we did with Dahua IP camera testing, we'll look to buy/obtain an 'original' Dahua system to do so.

Formerly Nelly's Surplus. We sold them quite a few used cameras in the past.

Yes I am currently testing Dahua HDCVI prior to customer deployment and very happy with features and costs. Main feature for me is long cabling distance (1,600ft.) compared to HDSDI. Only dissapointment is that I cannot get from US supplier a camera with audio built in to take advantage of the audio over coax capability of HDCVI.

Anyone have knowledge, whether Dahua HDCVI is available in EU?