The newest one pulls no punches claiming "anyone can use it" and "everyone can afford it". Comprised of two basic pieces, a sensor and a fob, the concept is that even techno-luddites can install and operate their own intrusion system.

Can the company deliver? We look at the offering in this note.

Korner is composed of only two pieces: 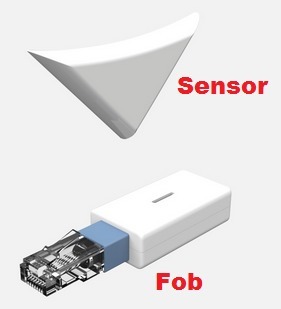 When activated, the Fob sounds a 'piercing tone' that is silenced by commands from a mobile device app. When alarmed, the system pushes notifications to the app, where the user has the option to call police response.

The strongest feature of Korner's offering is price. Users can expect to pay $85 for the system, which includes a year of remote service and three sensor tags. After the first year of service, users are billed $35 per year of service.

Given the renters can easily uninstall the sensors and reinstall themselves, Korner is positioned to be ideal for apartment dwellers. Given the sub $100 purchase price, and a <$3/month service cost, Korner will be accessible to a large swath of the consumer market, especially those unable or unwilling to spend thousands in equipment, installation, and monitoring for a 'traditional' alarm system.

Korner's minimal devices and low cost depend on certain features that either can be a smart approach or a dealbreaker depending on the user:

Despite all the claims of simplicity and affordability, Korner is not even at Fundraisng for pre-production yet. The company claims an indiegogo campaign is in the works, and has even begun promoting a 'special' package with no annual fee, but offers no production or shipping dates.

Even with details sketchy at best, what Korner claims could be disruptive to an already-disrupted DIY alarm system market. While most offering capitalizes on the early-adopter techie crowd, this startup takes a minimal approach and assumes if someone has a smartphone, they can handle Korner.

The New Generation of Crowdfunded Security Startups on Sep 02, 2014
New entrants to the security market are few and far between. However, there...
Startup: Smoke Detector As a Security System on Aug 28, 2014
Fresh off a successful fundraising campaign, Novi Security is making some...
Comments (7) : Members only. Login. or Join.