Winner and Losers of the Milestone Deal 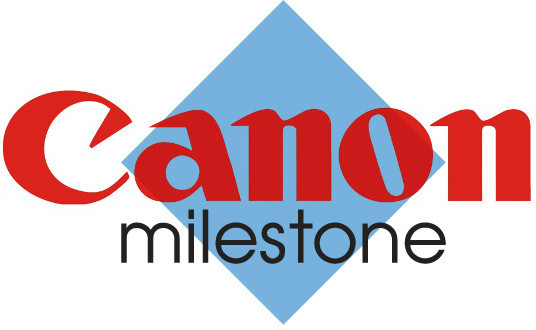 Canon's acquisition of Milestone will impact the industry for years to come.

But who fared the best and worst from the deal?

Here are our picks:

Even after robust 2013 growth, Milestone's revenue was 'only' $72 million USD. For instance:

Despite their modest overall revenue, undoubtedly, Milestone was a major player in the global video surveillance market, having a broad and diverse customer base from free users to major enterprise customers. Milestone themselves estimates "more than 100,000 installations worldwide" and thousands upon thousands of integrator partners.

Small Cut of Each Deal

Milestone's relatively low revenue was driven by their small cut of each deal, despite being part of many projects. Because they did not sell cameras, and only recently a full line of NVRs, Milestone typically only received about 1/10th of the money from each install.

For each camera installed, camera manufacturers, like Canon, generate 4 to 5x more revenue than VMS software suppliers like Milestone. 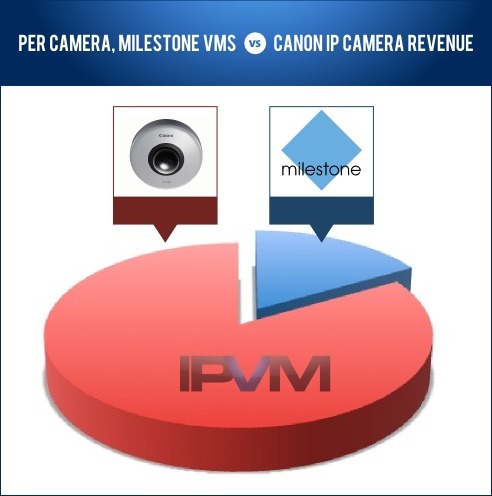 This variance is a critical market reality needed to appreciate Milestone's fate and Canon's desire to own a VMS software company.

Because VMS software represents such a low part of each deal, alone a VMS developer will always struggle to match the revenue generation ability of camera manufacturers or 'solution' providers (e.g., Avigilon).

Imagine a hypothetical where Milestone refused to support any other cameras but Canon. Even if Milestone's VMS software revenue crashed (let's say by 80%), the incremental sales of Canon cameras would deliver more total revenue and profits for Canon, simply because cameras sales are far more lucrative than VMS ones.

Though this extreme case would never happen, it demonstrates how valuable camera / solution sales are to manufacturers and underscores why it is so valuable to cross sell Canon cameras with Milestone VMSes.

For the same reason that essentially every large manufacturer pushes end to end 'solutions', Canon would be foolish not do the same with Milestone.

On June 13th, Canon was a nobody in the video surveillance industry, with a paltry IP camera line.

A day later, Canon owned one of the top brands in the market and gained reach into a vast array of installations, accounts and dealers.

Canon may screw this up, but they definitely have catapulted themselves (for now) as a serious player in the video surveillance market and a open platform to sell lots of Canon IP cameras.

Getting a top tier VMS software is a strategic and needed asset for many serious surveillance players, from Bosch, Dahua, Hikvision, Honeywell, Pelco, to name a few. Canon got itself a valuable prize.

In the market, we concentrate a lot on Milestone's marketing and positioning - 'hardware agnostic', 'open platform', 'freedom of choice', 'proprietary jail', etc. Because of this, the deal may seem like Milestone has compromised on its principles.

In fairness, though, Milestone was a business, not a philosophy or religion. Its founders have been in this for 17 years, its lead investor for 7. That is a long time to wait for liquidity and one of the cited factors in them preparing for an IPO. An acquisition is a lot quicker and easier for shareholders than an IPO.

They have been waiting a long time for their payday and they got it.

Ironically, though, Milestone's competitors cannot control their happiness about this deal.

It is the opposite of Exacq / Tyco. The rightful fear with Tyco, is that since they control a multi-billion dollar integrator, Tyco will shift VMS sales / promotion to Exacq from their own.

With Canon, what do Milestone's VMS competitors fear? That Canon will upsell their photocopy customers? Canon is a big company but not a force in the surveillance market at all.

As Genetec and OnSSI have already demonstrated, Milestone's VMS competitors will go on the offensive, hammering away that Milestone is no longer independent. And Milestone will somehow try to respond, with a straight face, that despite being owned by a camera company, they are independent.

Ultimately, both Milestone / Canon and Milestone's VMS competitors may be able to grow, but it will most likely come with Milestone gaining on the camera side but losing on the VMS side for customers that want a truly independent provider.

Milestone's sales people get little upside and all the aggravation here. For years, they have been going out preaching the benefits of the 'open platform', 'hardware agnosticism' and 'software only VMS'. 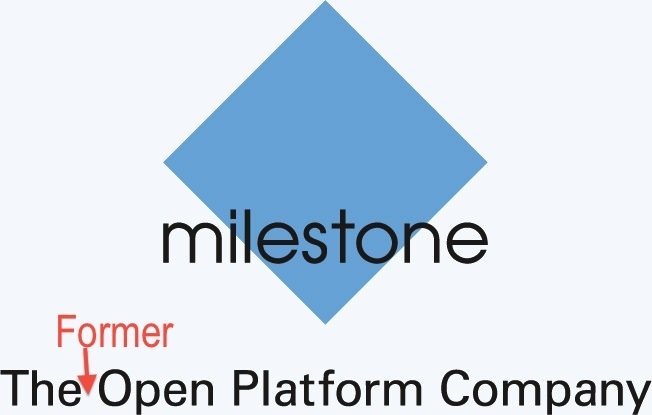 Now, they need to defend how, in the past year, Milestone launched its own full hardware line and got bought by a camera company. Not an easy task.

More broadly, it is going to be difficult for Milestone's employees to figure out their identity as the inevitable turnover of management occurs and the company's tactics change over the next few years. While Milestone claims that they will be an 'independent member' of Canon, we simply do not believe this is feasible over the mid to long term.

Now, Milestone is certainly no Cernium, Firetide or Intransa. Unlike these failed surveillance manufacturers who received tens of millions of VC funding, Milestone built a profitable, significant business and made money for its shareholders.

On the other hand, this shows even a VMS software company that executed very well found it more financially attractive to sell to a camera company than continue independently.

This is, for sure, not the end of the open platform, but it does demonstrate limitations of the VMS software business model.

Axis and Milestone have been close partners and physically neighbors since the very beginning.

Milestone can make whatever claims or promises they want, but there is no way Axis would or should trust Milestone the same as before.

Cross-selling cameras and VMS is a powerful yes dangerous technique. Indeed, all play it, including Axis, with their 3 VMSes, that equally irritate and disconcert their VMS partners.

But for Axis, being a predominant IP camera manufacturer, this raises further challenges. Their oldest and strongest partner is now owned by a (weak, for now) IP camera rival. Their biggest emerging threat is a 'solution' provider with strong cameras of their own (Avigilon). Finally, their growing Chinese competitor nearly give away recorders as part of their camera sales. What does Axis do? Is it time for Axis to buy their own major VMS?

Alas, all of us, lose from the Milestone deal.

Milestone was good for the industry. They pushed things forward - both features and lower pricing. They forced their rivals to keep progressing. And they championed a cause that was good for users.

And now they are owned by Canon.

Milestone Acquired by Canon on Jun 13, 2014
Wow. Industry insiders have been speculating about Milestone being acquired...
Comments (27) : Subscribers only. Login. or Join.