Whole Foods has built a reputation for high quality. And their 2017 Amazon acquisition has increased that, plus added deep pockets for buying security equipment to protect their stores.

But do they have the same high standards for access installs? Firsthand observation says 'No', seeing a new Whole Foods store just constructed, has installed antiquated, hackable access control.

[Update: Within 2 weeks of this publication, Whole Foods upgraded the installation but we cannot verify if the issue has been entirely fixed.]

Inside, we examine the install and provide our recommendations for Whole Foods, and others using 125 kHz cards, to correct the risk.

125 kHz credentials are easily copied and insecure as we showed in our test results, video embedded below:

Indeed, a cheap copier, no special knowledge, and a few seconds is everything needed to lift credentials to create undetectable copies of cards that literally unlock and open Whole Food's doors securing high-end groceries.

Such credentials were widely used in the past and are still used by some legacy systems. However, a brand new build with such antiquated and vulnerable credentials is risky given the ease and inexpensive ways of exploiting them.

The image below shows the door at the front of the newly constructed, 40,000 square foot store: 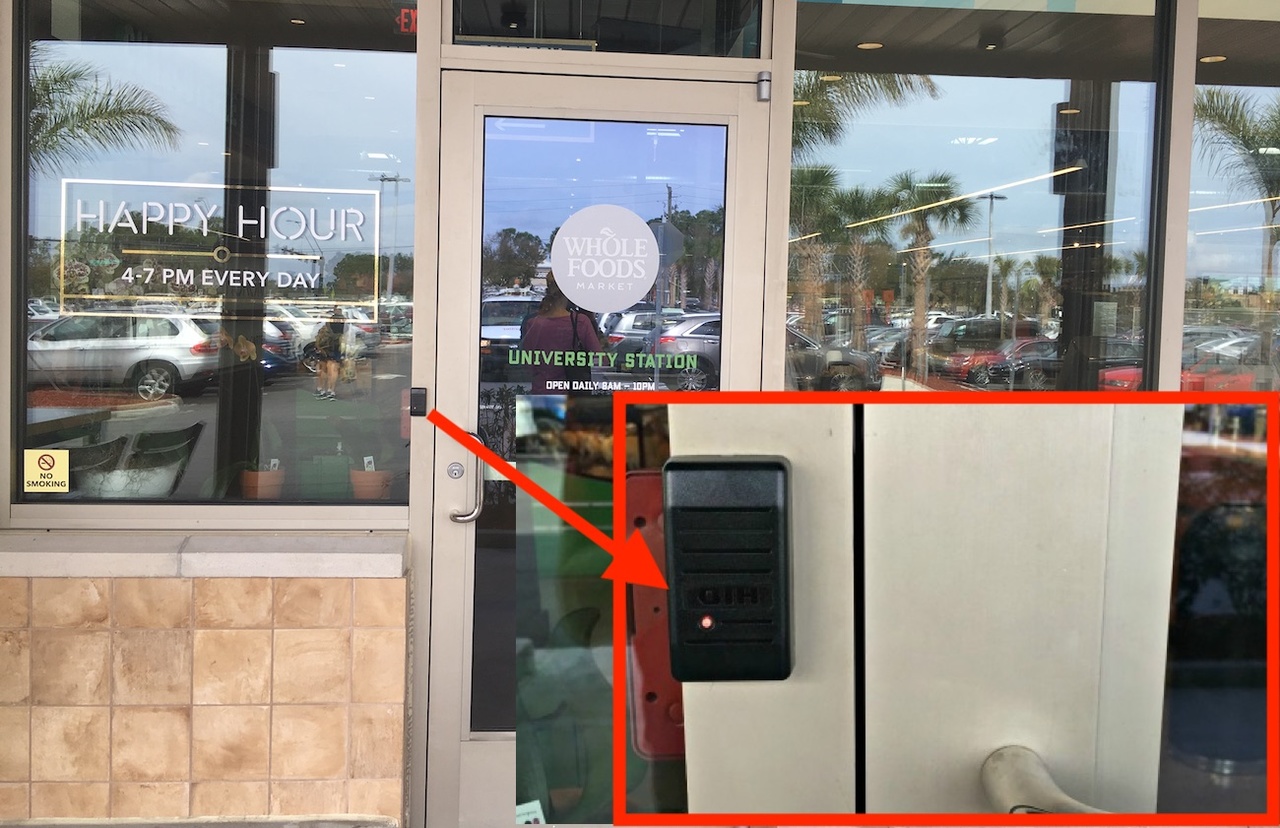 For those unfamiliar, the reader being is used is an HID 6005 , a mini-mullion sized 125 kHz-only reader.

Moreover, Whole Foods was consistently bad with this install, as the highlight below calls out: 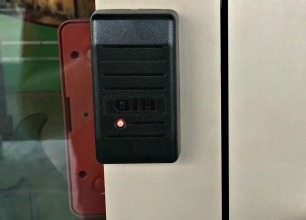 Adding to the lack of security is a measure of installer carelessness, due to the reader being installed upside down. Also, an uncovered fire pull box is hung immediately behind the reader just inside the door, which may be mistaken for an RTE device to an unsuspecting shopper or serve as easy access for a prankster.

While neither the function of the reader, nor the system, is likely affected by either poor choice, they indicate either ignorance or disregard for modern security standards and cast doubt on the true 'security' protecting the facility.

The most serious issue is certainly the 125kHz readers / credentials. We recommend Whole Foods and others using them to immediately move away from the type and replace with encrypted, higher security 13.56 MHz card types.

We outline three strategies for making this change in our Hackable 125kHz Access Control Migration Guide, essentially detailing approaches that immediately rectify the gap or a phased implementation that costs less immediate money but takes time to migrate: 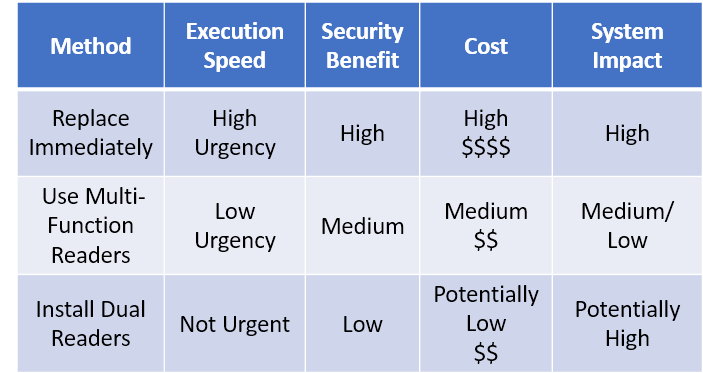 This Whole Foods is a reminder to be more vigilant about ensuring the security of one's access control system.

The reader has been swapped and the new unit hung correctly since this was published: 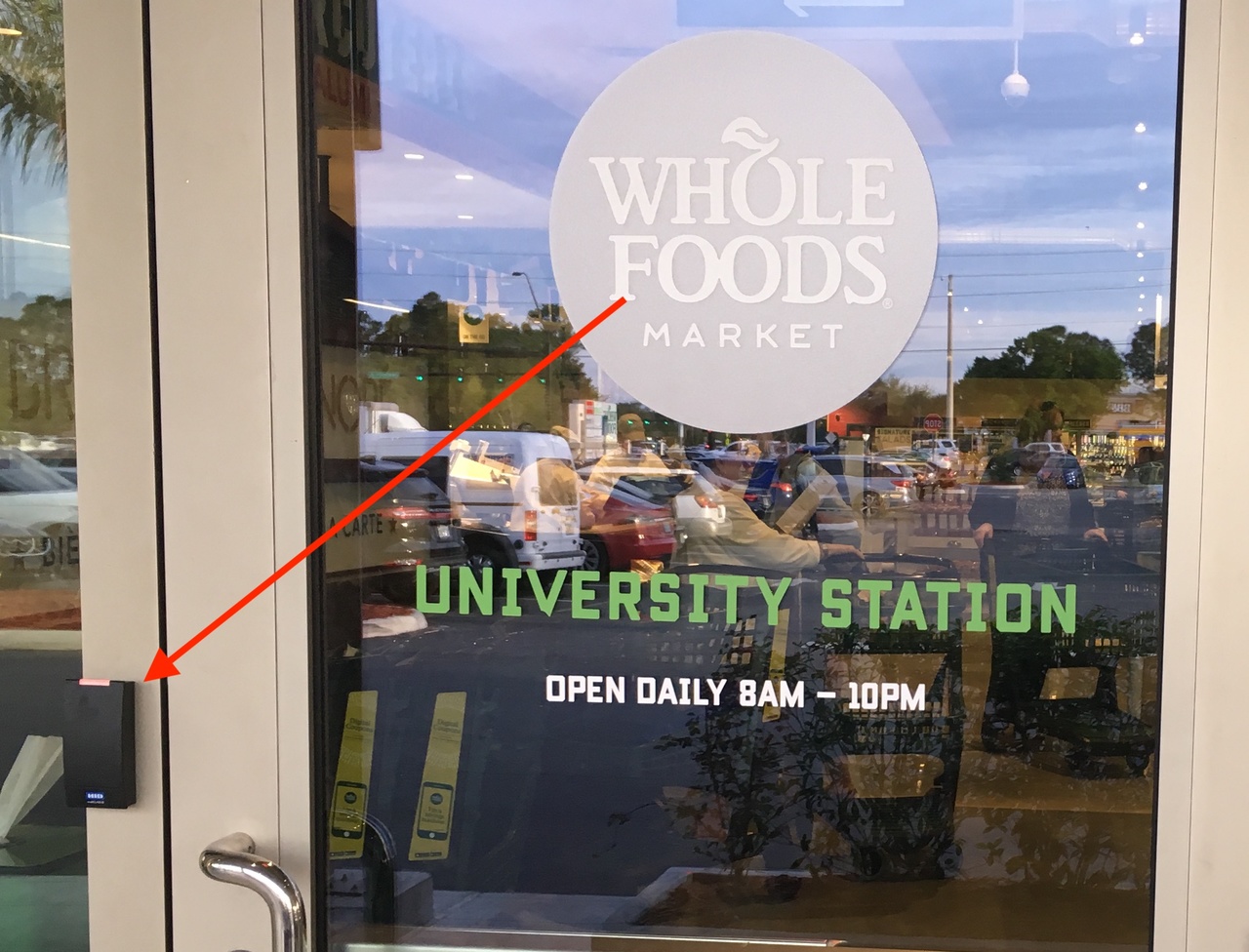 The new unit is a R10 or RP10 iClass HID reader. Exact specifics on the credential types readable by this unit cannot be pegged down just by the cosmetic appearance of the unit, with either 13.56 MHz only (R10) or combo 125 kHz and 13.56 MHz units (RP10) looking exactly the same.  Whether Whole Foods changed to 13.56 MHz cards instead of vulnerable 125 kHz types is not known, and we have not spoken with them for details on this change.

However, given the reader supports encrypted smartcards regardless of which model is installed gives Whole Foods a migration option to address the gap, and removes the obvious weakness the HID 6005 reader conveyed.