"If You Have The Same Qualifications, And You're A White Male, You Are Going To Lose", Says Integrator

Diversity is a rising priority, overall and in the security industry. One integrator, touting diversity, emphasized that white men are 'going to lose'. 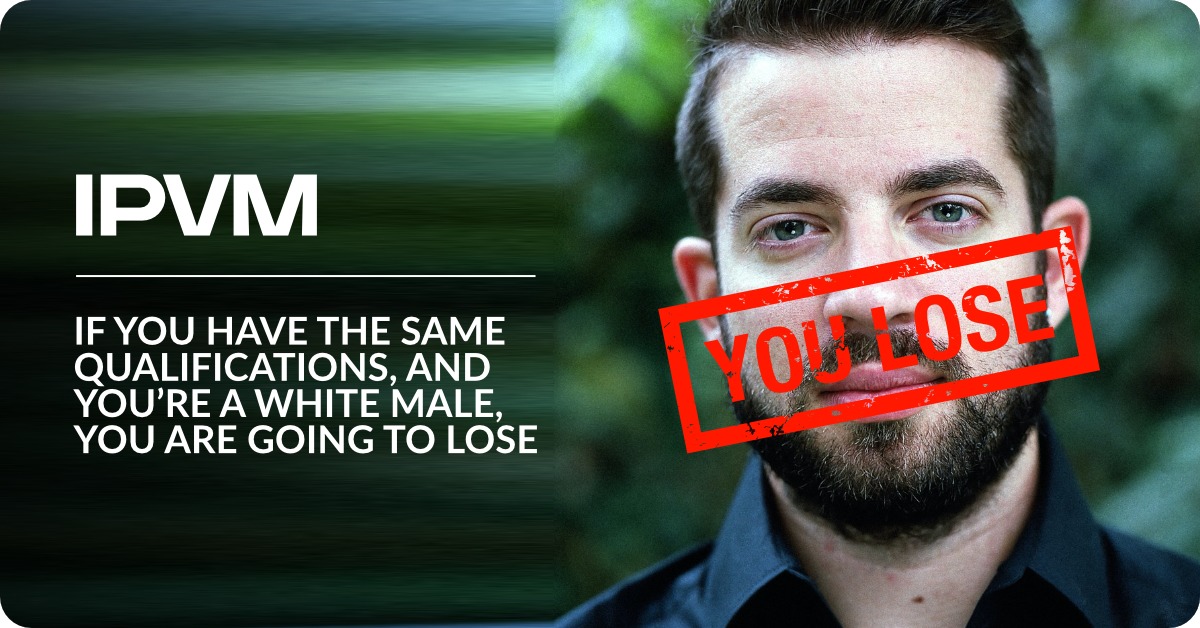 In this note, we examine the statement, his follow up remarks to IPVM and the challenges within. 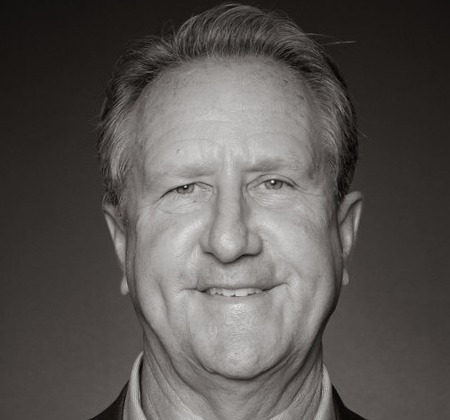 Bryan Viau, COO of Minnesota-based security integrator VTI gave a presentation about his company's growth and culture at the Imperial Capital Security Investor Conference. In the presentation, he touted the diversity at his company and how important that was. He emphasized that:

If you have the same qualifications, and you’re a white male, you are going to lose

Adding 'sorry' and that he 'had not been sued yet'.

Viau clarified his remarks in response to IPVM's questions, saying:

I wish I had stated the intention at the time which is.....we believe the industry needs more diversity. In the topic of women in the workplace, I have an opinion. My intention is that if a male and female have the same qualifications and all things equal we will hire the female. It’s not that we haven’t been sued the situation hasn’t actually presented itself yet. We aim to hire the most qualified person for every position without discrimination of any kind.

While determining what is 'discrimination' can be controversial and difficult, his calling out that 'white males' will 'lose' may be concerning to white males that work at VTI or consider working there. VTI reported 233 employees and $50+ million in revenue at the conference.

It is hard for us to tell if VTI's COO really means what he says (in his follow up, he says the situation of a female being equally as qualified as a male has not yet happened) or if he is saying this because he feels it is the right thing to say.

More broadly, the situation of any two candidates having the exact 'same qualifications' is hard to imagine. Even candidates with the same number of years on the job may have different degrees, different project experience, different certifications, etc. that make determining whether the qualifications are the 'same' to be very difficult.

It is clear that the security industry has a high gender imbalance. One only needs to spend minutes at a security trade show to see that the industry is something like 80% to 90% male. Indeed, Google analytics estimates ~85% of visitors to IPVM's website are men.

What to do is harder. The physical security industry is not exactly the first career choice of, well, anyone man or woman unless their family is in the business. Plus since it is effectively a combination of IT and light construction, two other industries that also have high gender imbalances, there are real fundamental challenges.

One very visible problem, 'booth babes' has effectively ended, a practice that IPVM criticized both in 2013 - Sexism and the ISC West Party Girls, to which the Women's Security Council would only say that party girls was 'not ideal' and in 2017 - The Sleaziest Booth Of ISC West. In 2018, ISC West banned booth babes.

One issue we see for all younger people, regardless of gender identity, coming into the industry is that leadership in this industry is, compared to tech, very old. The average 'leader' in this industry is in their 60s with many pushing 70. If you are a talented and ambitious young person, you are faced with the prospect of potentially waiting decades to become a leader, whereas, in tech, leaders are overwhelmingly much younger.

We are not clear that there are any easy solutions to these things. Making women lose with 'booth babes' on show floors is certainly something that should not be allowed. But promoting that white men will 'lose' may bring its own problems to the industry.